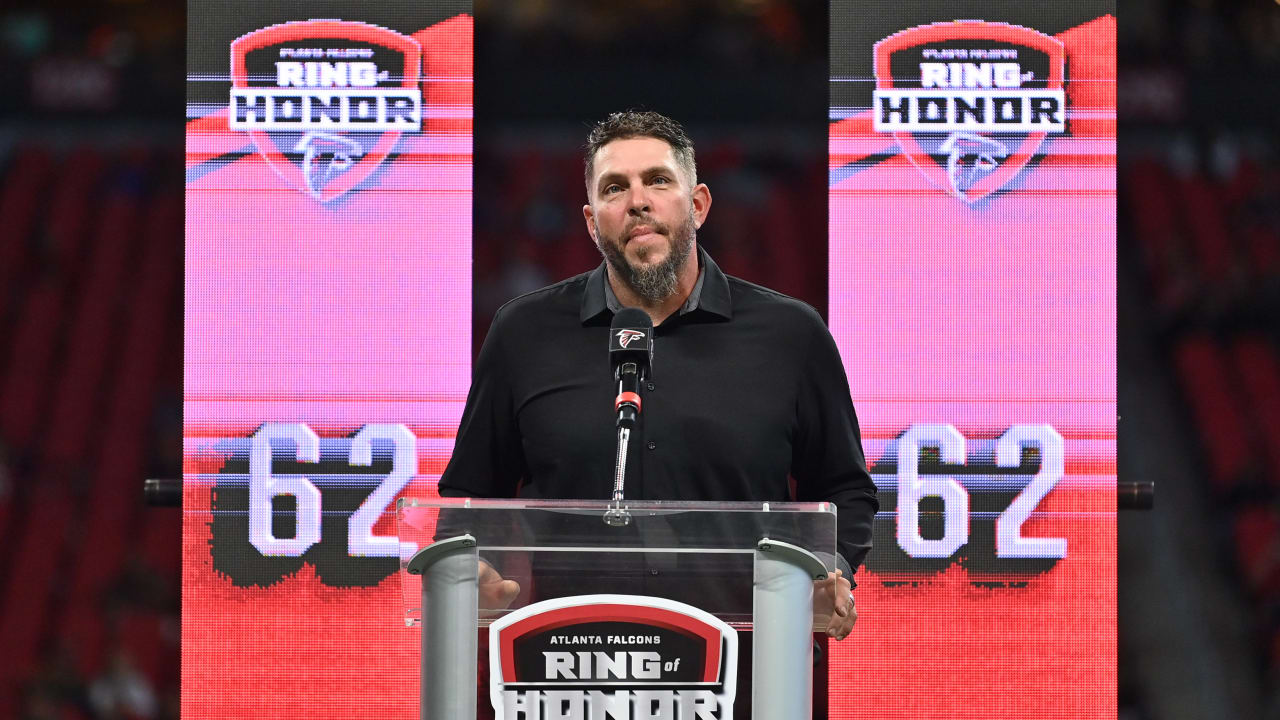 Former Falcons center Todd McClure will be inducted into the organization’s Ring of Honor on Sunday during halftime of the Atlanta versus Panthers game.

McClure joins Tommy Nobis, Steve Bartkowski, Claude Humphrey, Jessie Tuggle, Roddy White, Warrick Dunn, Jeff Van Note, William Andrews, Deion Sanders, Gerald Riggs and Mike Kenn among the Falcons inducted into the Ring of Honor with over 100 former players in attendance for the ceremony. Justin Blalock, who played alongside McClure for five seasons, was one of those players.

“I mean you see the turn out today. Cats from when he played when he was younger all the way to guys that were here until the end of his career,” said Blalock who played five seasons with McClure on the offensive line. “I tell people, [with] every successful team, you’re going to find a guy like him. They just happen to be on these great teams because they have all these tangibles. Smart, tough, and a true professional.”

“None of this would be possible without my family,” McClure said. “My mom and dad, my brothers, my wife Heidi, my kids Maverick, Ryann, Riley and Madden and all my other family members. I love y’all. All of my teammates, you know I played for 14 years and I had a lot of teammates. I’ll put on this red jersey in a second, and I want each and everyone of you to know that you had a part in this.

“…All my teammates had a huge part. Atlanta, thank you for help raising my family and thank you for accepting me into the Falcons Ring of Honor.”

He started 195 games over 13 NFL seasons, setting a franchise record for 144 straight starts between 2001-2010. McClure provided stability as the organization transitioned from Michael Vick to Matt Ryan and was instrumental in opening running lanes for three 1,000-yard rushers over his career in Atlanta.

When he retired in 2013, Arthur Blank told members of the media that McClure would one day end up in the Falcons Ring of Honor, and his prediction has come to fruition. McClure will reside in the Ring of Honor forever now, where he belongs.