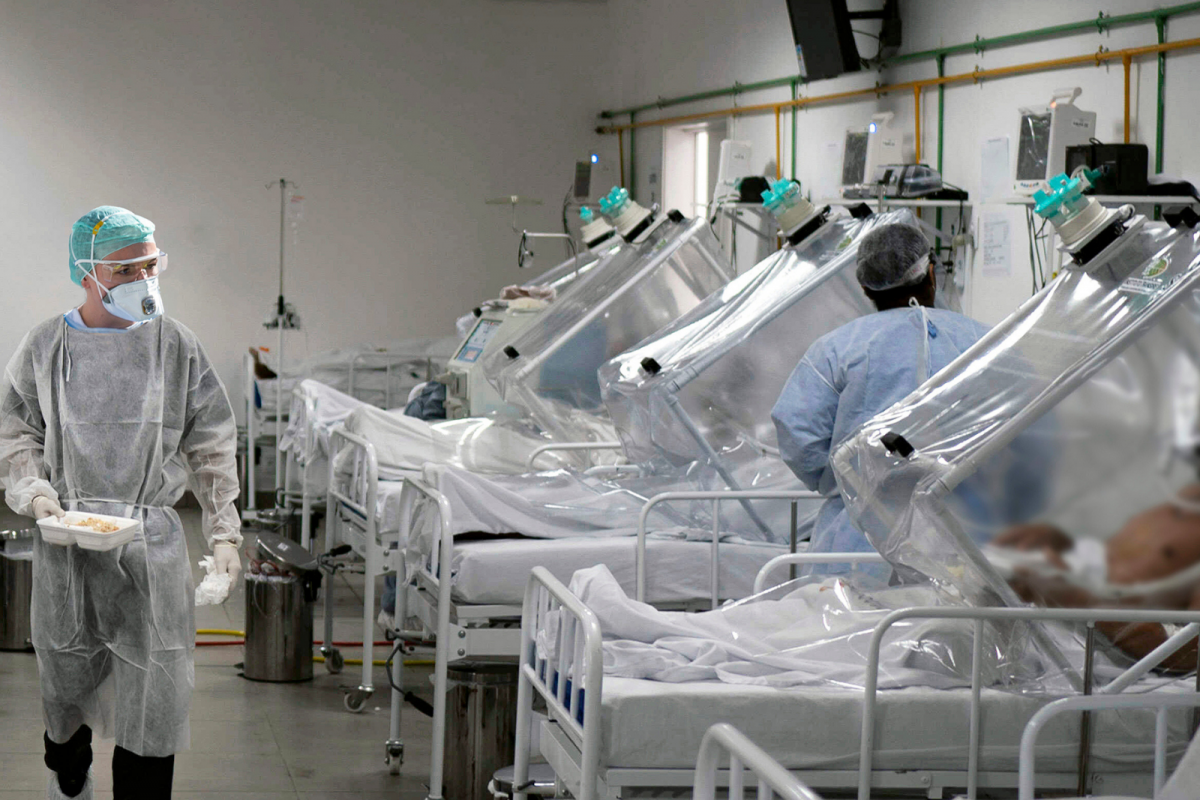 The Russian president says his government is considering loosening some coronavirus restrictions, even as the country is facing a record-breaking surge of infections because of the highly contagious omicron variant

MOSCOW — The Russian president says his government is considering loosening some coronavirus restrictions, even as the country is facing a record-breaking surge of infections because of the highly contagious omicron variant.

Vladimir Putin on Thursday held an online meeting with Russia’s top business association, Business Russia, and assured its members that the authorities are not planning any lockdowns or other additional restrictions because of the surge. Moreover, the government is considering lifting restrictions for those who come into contact with COVID-19 patients.

Existing regulations mandate that people in that position must self-isolate for seven days.

“The general assessment is that even restrictions for those who come into contact can be lifted in the nearest future, I mean to give people the opportunity to continue working in peace,” Putin said. “So, no lockdowns are planned.”

Putin’s remarks come as Russia registers daily records in new COVID-19 cases in the pandemic. On Thursday, the country’s state coronavirus task force reported 155,768 new infections, a daily tally 10 times higher than a month ago, when about 15,000 new cases were recorded each day. The task force also reported 667 deaths.

Faced with the biggest virus surge yet, Russian authorities have generally resisted imposing any major restrictions and repeatedly rejected the idea of introducing a lockdown.

Russia had only one, six-week lockdown in 2020, and in October 2021 many people were also ordered to stay off work for about a week. But besides that, life in most of the country remained largely normal, with even mask mandates being loosely enforced.

In recent weeks, a growing number of Russian regions have started introducing restrictions for those under 18, as officials noted that the current surge affects children much more than the previous ones. In many areas, schools have either switched to remote learning or extended holidays for students. In St. Petersburg, Russia’s second largest city, minors have been temporarily barred from most public places.

Russia started vaccinating children aged 12-17 only last month with the domestically developed Sputnik M jab, which is the same as Sputnik V but contains a smaller dose. According to media reports and social media users, only small amounts of vaccine for teenagers have been made available.

Only about half of Russia’s 146-million population has been vaccinated so far, even though the country was among the first in the world to roll out COVID-19 shots.

In the pandemic, Russia’s state coronavirus task force has reported a total of 12.2 million confirmed cases and 333,357 fatalities, by far the highest death toll in Europe.

Russia’s state statistics agency Rosstat, which counts deaths retroactively and uses broader criteria than the task force, puts the country’s death toll much higher, saying that about 681,100 people with COVID-19 have died between April 2020 and December 2021.