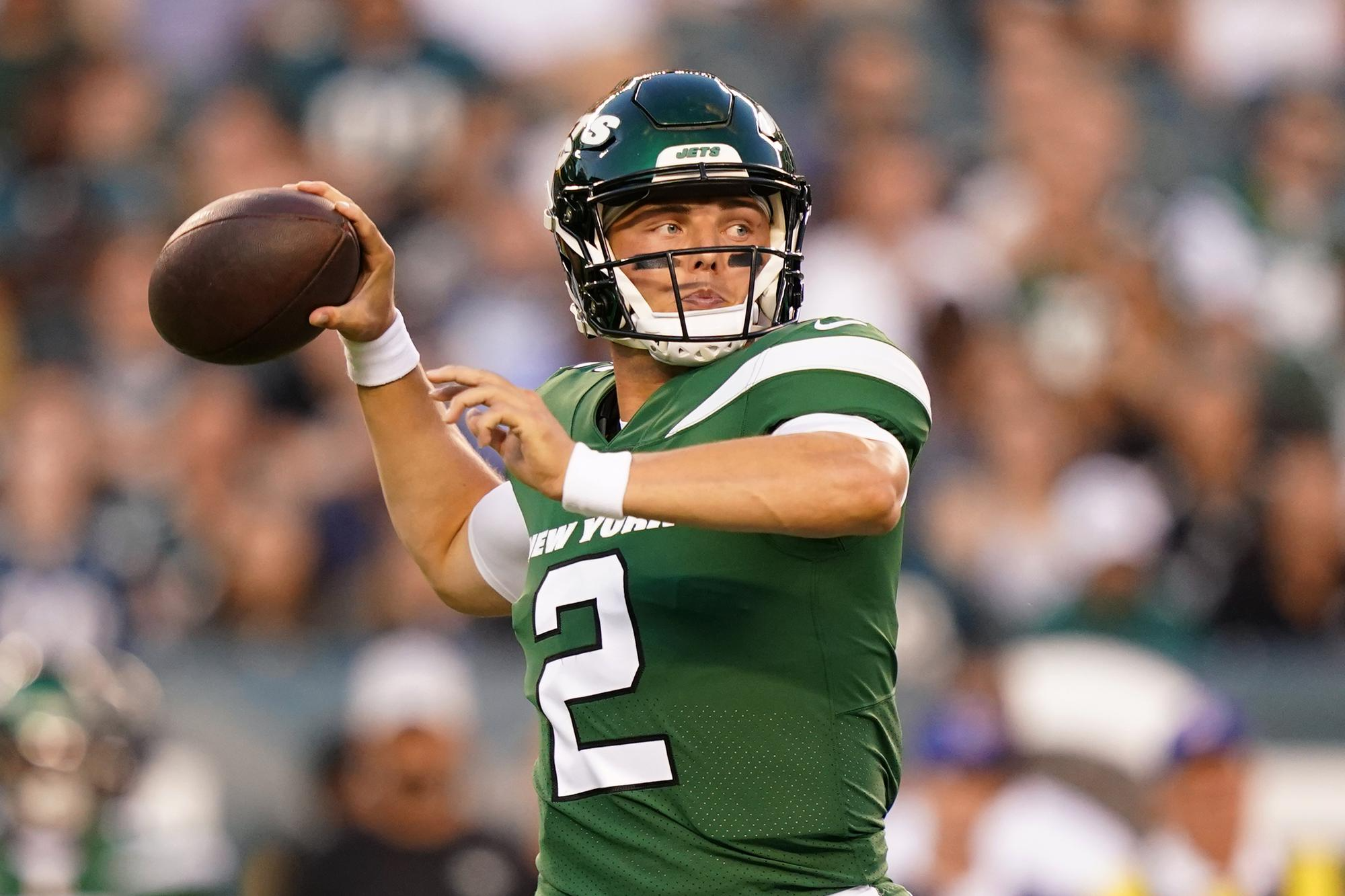 A dethroned Zach Wilson stood before his teammates Wednesday in a crowded meeting room and apologized for last Sunday’s news conference fumble — the one that made him a national poster boy for lack of accountability. The New York Jets’ former starting quarterback’s mea culpa included a vow to teammates.

“He’s going to do everything he can to win his starting job back,” cornerback D.J. Reed told ESPN. “He made that very clear.”

But is that realistic?

The Jets made a very loud statement Wednesday with their quarterback shake-up, saying for the first time they’re willing to live in a world without Wilson. From the moment they drafted him No. 2 overall in May 2021, he has been their everything. After 20 mostly unimpressive starts, he’s now their third-stringer.

Coach Robert Saleh, whose strength is spinning negatives into positives, stated his intention to make sure Wilson gets on the field again this season. (Talk about a lukewarm vote of confidence for Mike White, the new QB1.) Barring injury, the only way that happens is if the Jets (6-4) fall out of playoff contention. If White keeps them in the race, why would they yank him?

In throwing a bone to Wilson, who ranks 35th in Total QBR (37.6) over the past two seasons, Saleh opened the door for a potential quarterback controversy. That, of course, is the microview of this big and complicated quarterback change. The macroview is, will the organization entrust the team to Wilson in 2023?

It’s fair to wonder about the future even though Saleh cautioned reporters not to jump to conclusions.

“[I] just want to make sure you all listen to this carefully, please: Zach’s career here is not over,” Saleh said. “I know that’s going to be the narrative. I know that’s what everybody wants to shout out, and that’s not even close to the case.”

Saleh and general manager Joe Douglas are tied to Wilson, so they have a personal stake in his development. A lot of coaches and front-office types are afraid to admit mistakes and move on. Saleh and Douglas might not be that type, but we’re going to find out in the off-season because there’s a very big decision coming their way.

The Jets have a win-now defense, some intriguing parts on offense, and all they need is a good quarterback (not even a star quarterback) to make them legitimate contenders in 2023. Unless Wilson morphs into a productive starter over the final few weeks, it will be hard to run it back with him and him alone.

They can’t draft another quarterback because that would be starting over, and this franchise has been there, done that with 2018 No. 3 overall pick Sam Darnold and Wilson. No, the situation would scream for a veteran, someone like the San Francisco 49ers’ Jimmy Garoppolo, who will be a free agent. Saleh knows him from his days in San Francisco, and Garoppolo knows their offensive system.

The question is, could they keep Wilson and make a long-term commitment to Garoppolo or another top free agent? Do they pair Wilson with a middle-of-the-road quarterback — i.e. a bridge situation? Only two years after trading Darnold to the Carolina Panthers after 38 starts with New York, which led to Wilson, Douglas could be faced with a myriad of options.

The organization’s hope is Wilson is humbled by his demotion and does some growing up while toiling in the background as the third-stringer. A year ago, the Jets handed him the starting job with no competition. It was such a fait accompli that Saleh never announced Wilson was his starter; it was understood.

Maybe this will be a wake-up call for Wilson, a chance for soul-searching in a stress-free position. The apology to teammates was a good start, after he refused to shoulder any blame for the team’s pitiful performance against the New England Patriots — a 10-3 loss in which the Jets managed only 103 yards of total offense.

“The situation being what it is, I think that’s something that had to be done,” Reed said of Wilson’s address to the team.

Wilson needs to regain the trust of his teammates. He called the demotion a “humbling opportunity” to work on his game. His mechanics are a mess. Saleh acknowledged as much, saying “some basic, fundamental things that have gotten really out of whack for him.” According to coaches and Wilson himself, his footwork is sloppy. He doesn’t always set his feet and throws off his back foot. He misses too many layup throws. When under pressure, he looks at oncoming rushers instead of keeping his eyes downfield.

“The issues for him are so fixable, but I think he just needs to be able to reset to get those things fixed,” Saleh said.

Basically, Wilson is going into QB rehab for a few weeks. Or longer. It’s hard to say, really. This much is clear: The Jets’ forecast at quarterback is mostly cloudy.