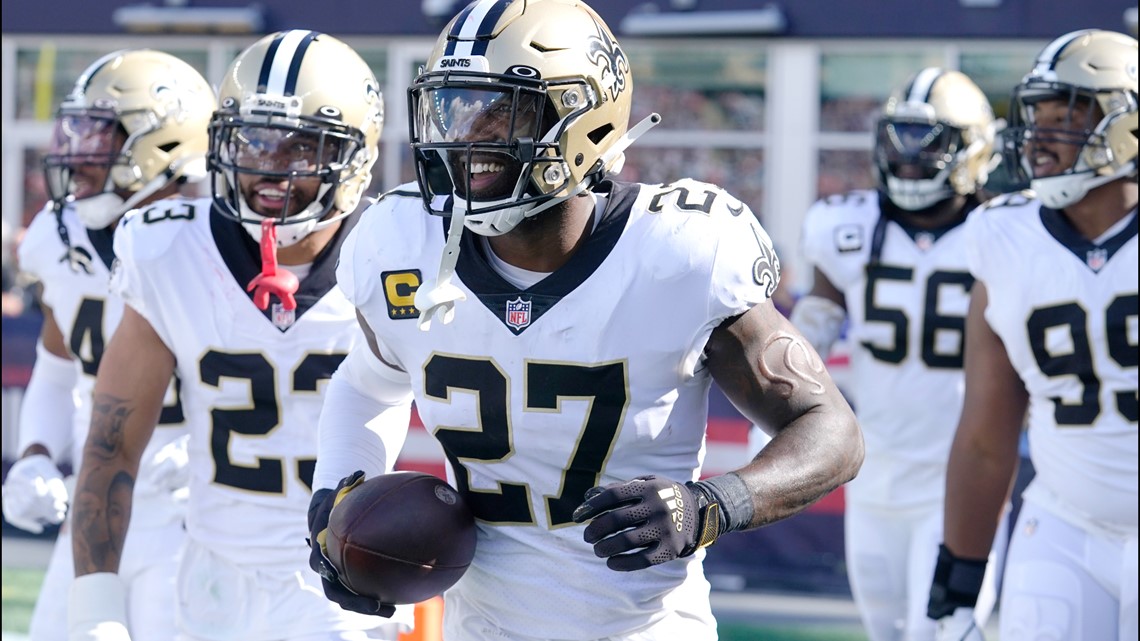 A do-it-all safety ideal for the modern game, Jenkins entered the NFL as a first-round draft pick by the New Orleans Saints in 2009 out of Ohio State.

The ballhawk spent his first five seasons in New Orleans, winning a Super Bowl as a rookie and earning second-team All-Pro honors in his sophomore season. He later signed a big-money contract in Philadelphia, where he earned three Pro Bowl bids and helped the Eagles to their first Super Bowl victory.

“In so many ways, Malcolm Jenkins defined everything we want a Philadelphia Eagle to be,” Eagles owner Jeffrey Lurie said in a statement. “He was talented, intelligent, versatile, and reliable. He was physically and mentally tough. he led with his words, with his actions, with the emotion he took to the field, and with the professionalism he brought every single day to our building.”

Jenkins returned to New Orleans in 2020 to help solidify the back end of one of the best defenses in the NFL, playing a roving role as a strong safety enforcer.

“I recall when we first drafted Malcolm in 2009, he made contributions to a Super Bowl Championship team in multiple positions in the secondary and then pretty quickly developed into an outstanding safety,” Saints coach Dennis Allen said in a statement. “The combination of skill, awareness and intelligence allowed Malcolm to be in position to make plays all over the field. To put up the numbers he did for as long as he did speaks both to his talent and his commitment to his craft. He was also a great leader in the locker room and important contributor to the community. I’m proud to say that I had the opportunity to coach Malcolm and congratulate him on an excellent career.”

NFL Network’s Mike Garafolo added that Jenkins recently redid his contract to take his salary down to the minimum to provide short-term salary cap relief for the Saints in advance of his retirement.

With Jenkins retiring and Marcus Williams signing a big-money deal in Baltimore, the Saints are currently heading into 2022 with newly signed Marcus Maye, who is coming off an Achilles tear, and Daniel Sorensen as their safety combo.

A fierce competitor, Jenkins was a force on and off the field. In Philly and New Orleans, the safety was viewed as a leader in the locker room and someone the team could count on between the lines. The 34-year-old missed just one start over the past eight seasons.

For his career, Jenkins compiled 1,044 tackles, 21 INTs, 110 passes defended and scored eight touchdowns. Off the field, he was a nominee for the NFL Walter Payton Man of the Year Award with both the Eagles and Saints. Jenkins is also a co-founder of the Players Coalition, which launched in 2017 and has partnered with the NFL to address matters of social justice and racial equality at federal, state and local levels.

Speaking later Wednesday on NFL Total Access, Jenkins was asked what he would miss most about playing.

“My time in the NFL in these locker rooms, on these teams, has made me a better person in every way,” he said. “It’s every day you come into the building, you want to get better at something. So I got better not only as a player on the field, but off the field. Some of my teammates, just hearing their perspective on life, hearing what they’ve got going on, where they come from, what they’re doing, is inspiring. And oftentimes, it’s iron sharpening iron. And so not being in that environment where you’re constantly evolving, constantly growing, constantly getting better, constantly evaluating yourself, I think that’s the thing I’ll miss. Because I know being around these men made me a better person every single day, and that’s the beauty of our game. So being in that kind of environment is definitely the thing I’ll miss the most.”