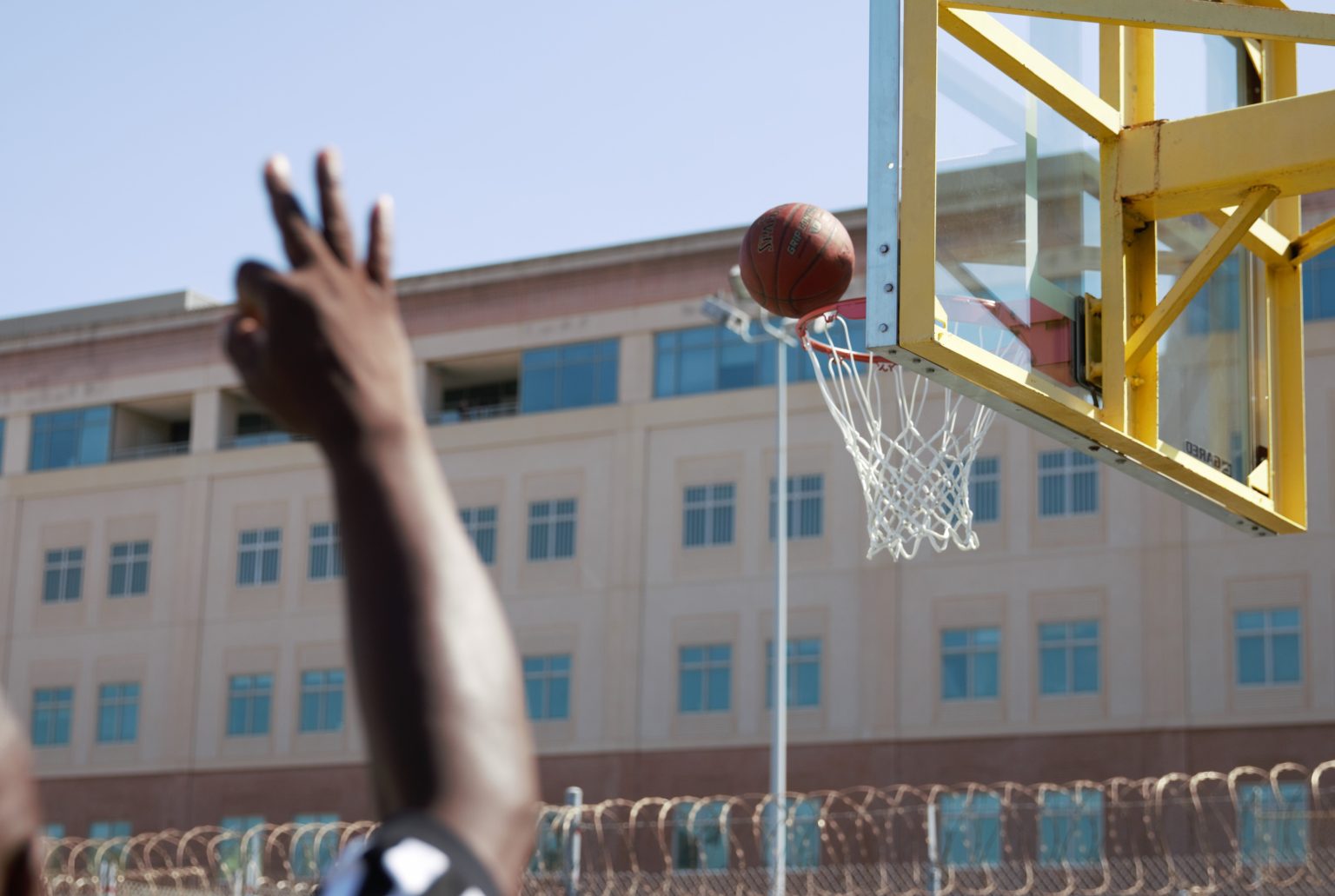 2022 NBA Championship franchise first SQ game since 2019
The Golden State Warriors faced off against the San Quentin Warriors for the first time since the pandemic.

On Friday, Sept. 16, Golden State Warriors staff ranging from players and coaches to support, returned to San Quentin State Prison to continue their decade-long face off.

San Quentin Sergeant Jamesha Graves escorted the distinguished guests to the courts where the home team was already warming up and getting ready for the showdown. The crowd was eager for the matchup, and to meet the visitors which included some familiar faces.

Aaron “Showtime” Taylor, who was released from San Quentin in October 2020 after 26 years incarcerated, returned to the basketball court where he had once called the games for the San Quentin Warriors. He was greeted with hugs, tears, and smiles from the men as he walked down the hill to the lower yard, eventually taking his natural spot at the announcers’ table. His quick wit and deep knowledge of the game and its players had the crowd in bouts of laughter and heckles.

San Quentin’s very own incarcerated press/media staff from San Quentin News and documentary film crews were in full force at the event, making sure to get reactions from the population. They also interviewed the Golden State Warriors guests about their experiences coming to play basketball at California’s first prison.

San Quentin Warden Ron Broomfield took a ceremonial free-throw shot during the halftime break. He joined the hundreds of other spectators as the San Quentin Warriors and the Golden State Warriors traded steals, layups, three-pointers, and dunks.

“I really want to thank the Golden State Warriors franchise for returning year after year for this special experience,” said Broomfield. “It’s an event the population and staff look forward to eagerly and we plan on beating them next year.”

After the game, Sgt. Graves offered the visitors a tour of the institution’s hospital, North Block housing unit, and the historical Alfredo Santos mural in the dining hall.