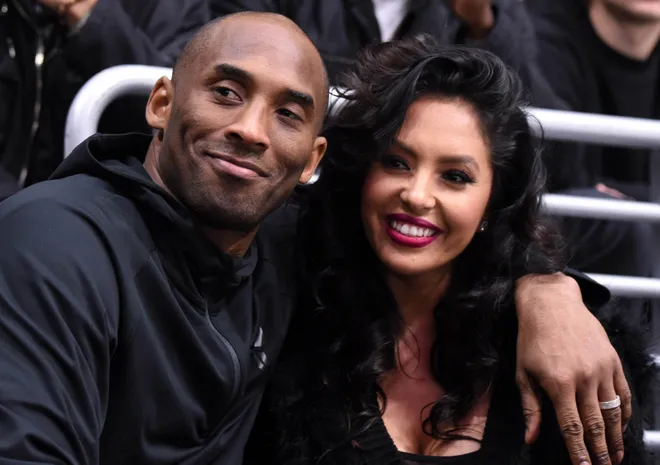 LOS ANGELES – The Los Angeles County Sheriff’s deputy who took close-up photos of dead bodies from the helicopter crash that killed NBA legend Kobe Bryant testified in federal court here Friday that he “didn’t do anything wrong” and was simply obeying an order to take photographs of the scene of the accident that day.

The deputy, Douglas Johnson, said another sheriff’s deputy at his command post, Raul Versales, told him to do so. He said he took about 25 photos, including those of a contorted torso and a “close-up of a shin and a foot that had Black skin tone.”

But the truthfulness of both of those statements was cast into doubt in court Friday under questioning by attorneys for Vanessa Bryant, Kobe’s widow, and Chris Chester, a financial adviser who lost his wife and daughter in the same crash.

“Are you aware that deputy Versales has denied asking you to take photos on January 26, 2020?” asked Eric Tuttle, an attorney for Bryant.

Tuttle then introduced “Exhibit 111-A,” an audio interview with Versales previously conducted by investigators for the sheriff’s internal affairs bureau.

“All of us at the command post, including myself, we did not request photographs,” Versales said on the recording played in court.

This was Day 3 of Vanessa Bryant’s civil trial against Los Angeles County – and another difficult day for Bryant, who left the courtroom early again for the second straight day. Bryant and Chester sued the county in 2020, accusing county sheriff’s and fire department employees of taking and sharing photos of their deceased loved ones from the crash scene despite having no legitimate business reason for it.

The case is being heard by a jury of five men and four women after one male juror dropped out after Day 2 for family-related reasons. On Friday, they heard testimony from three witnesses, including Johnson, the deputy Bryant’s team believes started the spread of the gruesome photos among sheriff’s personnel after taking them for dubious reasons.

The jury has a lot to digest: Was Johnson violating the privacy rights of the victims’ families by taking these photos for no good reason, as Bryant’s attorney suggested? Or was Johnson unclear about who told him to take photos and just trying to do his job and document the scene under difficult circumstances?

Johnson was on duty the morning of the crash when he responded to the radio call about the helicopter crash in Calabasas. He drove to the scene and proceeded to hike about an hour through difficult, hilly terrain to reach the crash site. What happened next is key to the case.

By his account, he took about 25 photos, approximately one-third of which showed human remains.

But another witness testified in court the previous day, on Thursday, that he heard a different story. This witness was reserve deputy David Katz, leader of a search and rescue team. Katz had hiked up to the crash scene, too, and had been told by his supervisor not to take photos.

Then when Katz arrived at the scene, with debris and body parts all over, he saw a uniformed deputy there doing just that – taking photos.

The name on this deputy’s name tag was “Johnson.”

“I did tell him that my supervisor told me not to take photos,” Katz testified Thursday.

“Didn’t he tell you he had taken over 100 photos?” asked Jerome Jackson, the attorney for Chester.

“I believe that is what he said,” Katz replied.

On Friday, Johnson denied taking that many photos. After Bryant’s attorney confronted him in court about the conflicting statement from Versales, Johnson addressed the issue again under friendlier questioning from the county’s lead counsel, Mira Hashmall.

This time, he said, “I believe it was deputy Versales who I talked to on my cell phone.” He added that he also got a request from somebody over hand-held radio from the command post to document the scene with pictures but it might not have been Versales.

Under questioning from Tuttle, Bryant’s attorney, Johnson confirmed he never booked the photos into evidence and deleted them from his personal iPhone when he returned home and showered. He also confirmed he deleted his text-message thread with Versales.

Before that, he said he had only sent the photos to Versales and an unidentified fire department supervisor.

The photos spread from there among sheriff’s personnel, eventually reaching the phone of deputy trainee Joey Cruz, who showed them off to a bartender in Norwalk, California, two days after the crash.

Asked if he knew about the incident with Cruz, Johnson said, “I’ve heard about it,” but said he still wouldn’t do anything differently.

Hashmall has said the county first responders were doing their jobs and said the photos never were “publicly disseminated” outside of county personnel.

Another witness tested that assertion Friday.

Her name is Luella Weireter, the wife of a fireman. Weireter also was the cousin of Keri Altobelli, who was among nine who died in the crash, including Bryant’s daughter Gianna and Altobelli’s husband and daughter.

Weireter was attending the Golden Mike Awards show at a hotel in February 2020 when a group of people gathered around fire captain Tony Imbrenda during cocktail hour. Imbrenda was showing the group photos on his phone as if it was a party trick, she testified.

According to her testimony, another fire department employee then walked away from the group, saying, “I can’t believe I just looked at Kobe’s burnt-out body, and now I’m about to eat.”

Weireter gave her account in court, fighting tears. In response, Bryant leaned forward in her chair in court, covering her face and eyes with her hands. She avoided the courtroom altogether during the testimony of Johnson, the day’s last witness.

Weireter was the day’s first witness and testified that she reported what she heard to a fire battalion chief in March.

“Something had to be done about him showing the photos off,” Weireter said.

Under cross-examination by the county, she said she didn’t see the photos and doesn’t know if Kobe Bryant was actually depicted in them.

Weireter was followed to the stand by an expert on police policy and procedures. His name is Adam Bercovici, a member of the Los Angeles Police Department for nearly 30 years before retiring about 10 years ago. He testified on behalf of the plaintiffs and said he billed them $28,000 for his testimony.

He spent more than three hours on the stand, mostly criticizing the sheriff’s department, including how it essentially ordered the deletion of the photos in question soon after receiving a complaint about the incident at the bar.

Under questioning by Bryant’s attorney Luis Li, Bercovici testified it was his opinion that there was no legitimate purpose for the deputies to take and share the photos. He also testified the department didn’t have sufficient policies in place to prevent the misuse of such photos, even though it was not unusual for law enforcement officers to take and keep grisly photos from crime or accident scenes as “souvenirs.”

The reason they do this, he said, was that “it was something special to share with their friends” and “an item of curiosity” that is “forbidden.”

The county addressed this matter in a brief filed before trial.

“There is no evidence that county employees have a ‘persistent and widespread’ practice of sharing ‘death images’ within LASD or LACFD,” the county’s brief stated earlier this month. “This was the first time LASD or LACFD confronted allegations of improper photo sharing, and they took appropriate action. Every action was aimed at preventing harm, not causing it.”

The trial resumes Monday morning and could stretch over two more weeks. U.S. District Judge John F. Walter told the attorneys after the last witness testified Friday they’ve “got to step up the pace.”