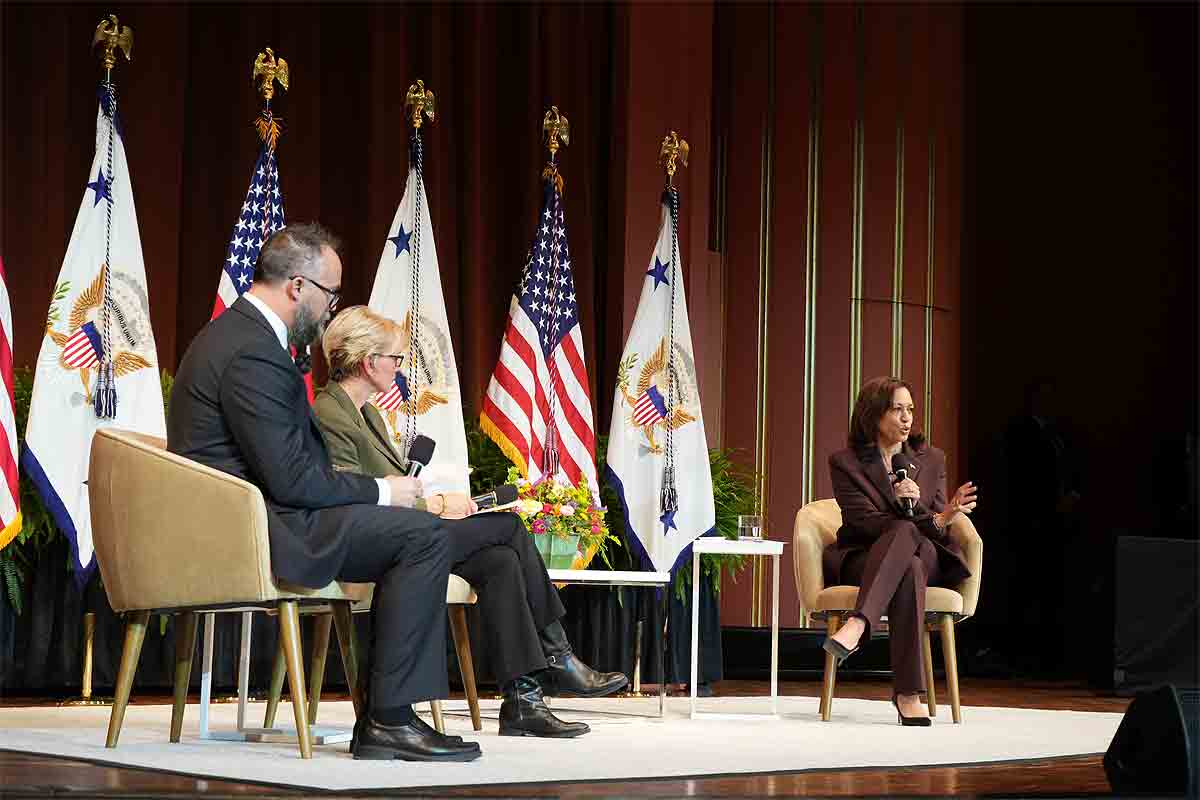 Vice President Kamala Harris was in Ann Arbor Thursday for a talk on the fight against climate change.

Granholm and U of M School for Environment and Sustainability Professor Kyle Whyte then took the stage to moderate a conversation on climate change with the vice president, who arrived to a standing ovation.

Harris said the federal government will be infusing the economy with about $1 trillion in the fight against climate change. She said that money would come through funding bills, in particular the Inflation Reduction Act.

She also told students in the crowd that they would be leading the fight, and encouraged them to form coalitions with groups fighting for civil rights and economic justice.

“In the midst of a time in our country where there are so many so-called powerful people, who are trying to divide our country and spread and spew hate, one of the most powerful things we can do is build coalition to remind people they are not alone and that we are in this together,” the vice president said.

During the talk, a group of pro-Palestine students gathered outside Rackham Auditorium, waving Palestinian flags and calling for an end to Israel’s occupation of Palestinian territory.

The group also called on Vice President Harris to denounce greenwashing — the corporate practice of pledging support for the environment and addressing climate change, while doing little or even harming the environment in reality.