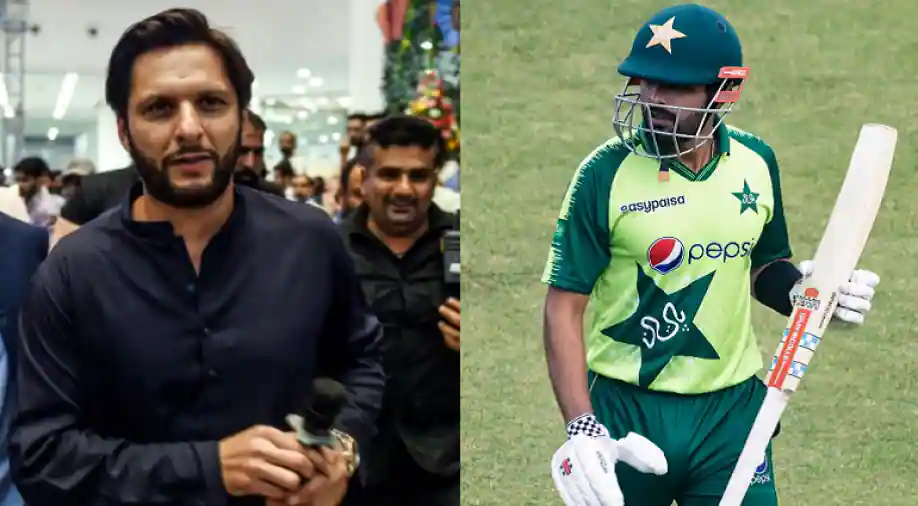 Former Pakistan all-rounder Shahid Afridi has slammed Babar Azam for his approach, saying he has to come out of his average mindset. Afridi wants the Pakistan captain to think big when it comes to setting targets for his opponents.

Afridi’s comments came in response to Babar’s views ahead of Pakistan’s game against Bangladesh in Christchurch. When asked about what kind of target they were looking to set for Bangladesh, Babar had said the Men in Green were looking at something close to 160.

“Babar must come out of this average mindset and think big. If scoring 160 runs for the target against Bangladesh was his big intent, then what is he going to do against stronger teams,” said Afridi.

In addition, Afridi analyzed the performance of Pakistan opener-wicketkeeper-batter Mohammad Rizwan, who is currently the No. 1 T20I batter as per ICC’s latest rankings. Rizwan also faced a lot of criticism of late for his slow game. Though the opener used to get big scores, he was slammed for not being quick in the process.

Pakistan did defeat Bangladesh in the match by 21 runs as they could only muster 146 runs in reply to their 167. Afridi also addressed Mohammad Rizwan, whose strike rate came under scrutiny during the Asia Cup. The in-form wicketkeeper-batsman was defended by Afridi, who said that Rizwan should concentrate on getting runs rather than listening to critics.

“The actual thing is the beginning. Babar and Rizwan should score the chunk of runs [for other batters]. Rizwan shouldn’t listen to anyone,” Afridi added.

The Pakistani opening pair of Rizwan and Babar has previously faced backlash for not getting the team off to fast starts, but many believed it was because Pakistan’s middle order was more fragile. Pakistan has entered the finals of the tri-series and will be facing the hosts New Zealand in the summit clash.