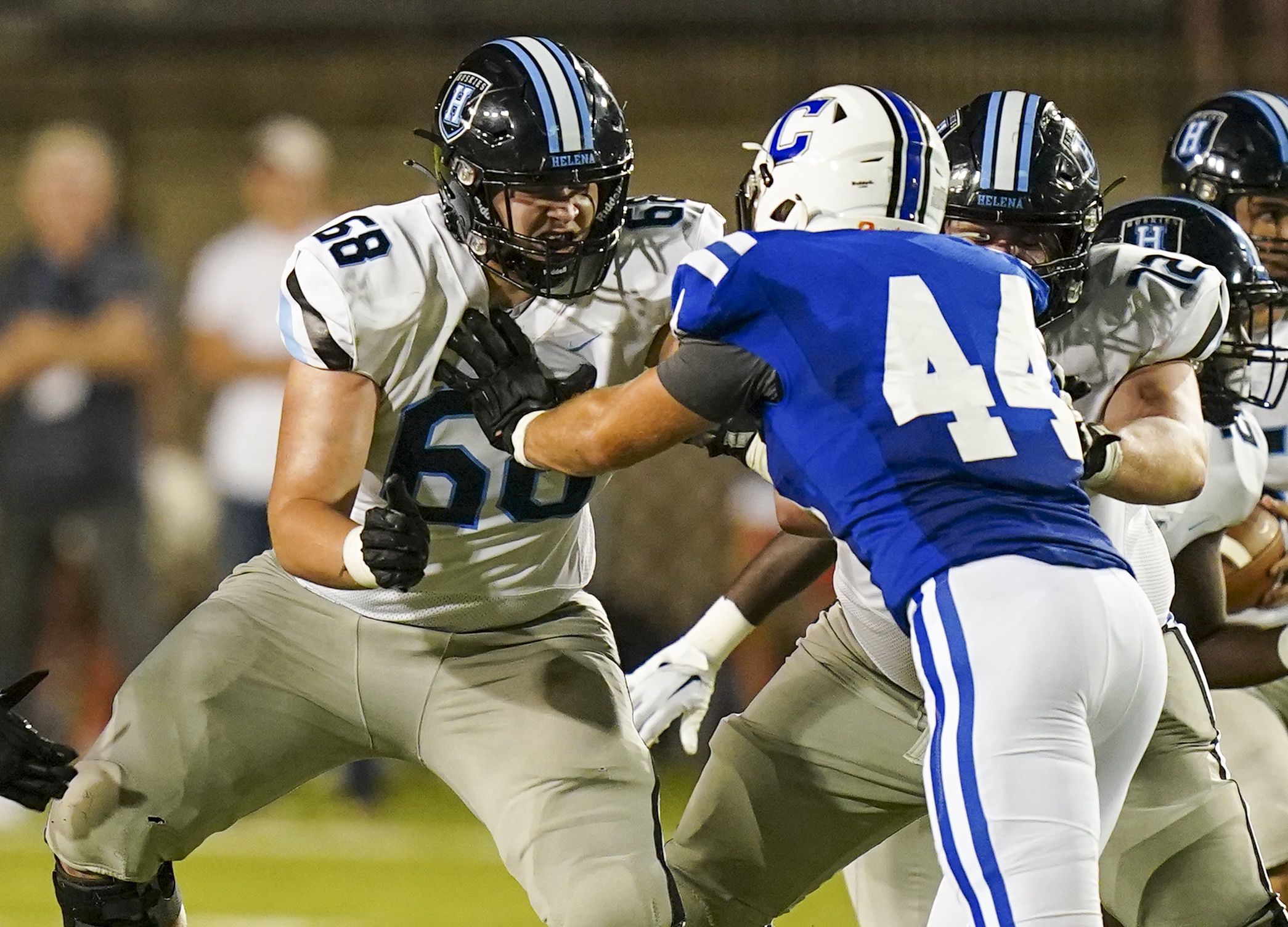 After a breakout sophomore season last year, there were a lot of eyes on Helena running back Jordan Washington to start the 2022 season. And it did not take him long to make his impact felt during Thursday’s AHSAA Kickoff Classic at Cramton Bowl in Montgomery.

Washington broke several tackles while returning the opening kickoff 86 yards then started the scoring with a 2-yard touchdown run on the next play. He added another touchdown run in the first quarter, helping Helena set the tone against Chelsea. The Huskies went on to win 28-6, the program’s fourth consecutive win in in the season opener.

Chelsea (0-1) continued to struggle on special teams in the opening half, leading to easier scoring opportunities for Helena. The Hornets had a botched snap on a punt attempt, a fumbled punt return, a 10-yard punt, and a missed extra point before the night was finished.

The Huskies (1-0) doubled their lead with a 15-yard touchdown run from Washington on their second offensive drive of the season. With the big plays on special teams, Helena had a big advantage in field position throughout the first half and did not run an offensive play from its own side of the field until its fourth drive.

Helena quarterback Dalton Lewellyn added a rushing touchdown in the second quarter to help build a three-score lead before the break. Helena held Chelsea to just 35 yards of offense in the first half.

Lewellyn did not need to do much through the air in the first half but he connected with Nathan Wade for a touchdown pass late in the third quarter to put the Huskies ahead 28-0.

Chelsea got its lone score of the night in the opening minute of the fourth quarter, capping off a strong drive led by Emerson Russell. After using a 45-yard run to move into Helena territory, Russell finished the drive with a 9-yard touchdown run.

Washington finished with 104 yards and two scores on 25 carries. Backup running back AJ Horstead added on 71 yards on 11 rushing attempts.

Helena finished with a 271-169 edge in total offensive yardage. The Huskies racked up 219 yards on the ground.