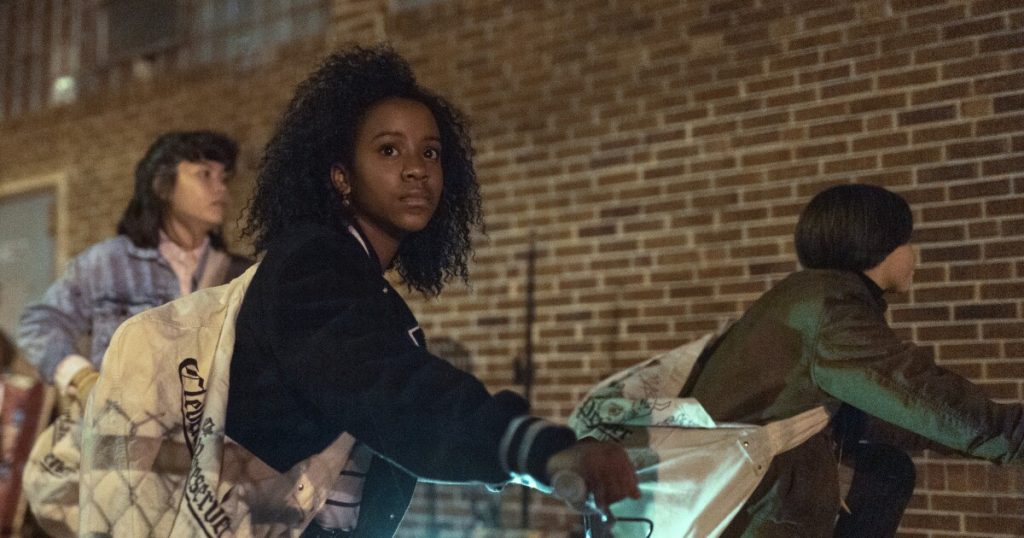 “Paper Girls” features time travel, opposing future factions in a secret time war, mysterious technology and even giant robot battles, but at its core it is a coming-of-age story about four 12-year-old girls.

Based on the Eisner Award-winning comic book series by Brian K. Vaughan and Cliff Chiang, the Prime Video series, which debuted Friday, follows four paper girls who find themselves thrown into the future after they encounter some mysterious teenagers while delivering newspapers during the predawn hours on the morning after Halloween in 1988. Halloween

As Erin Tieng (Riley Lai Nelet), Mac Coyle (Sofia Rosinsky), Tiffany Quilkin (Camryn Jones) and KJ Brandman (Fina Strazza) try to figure out what has happened to them, they eventually learn about an ongoing time war and meet future versions of themselves in the process.

“One of the great things about having 12-year-old protagonists is that at 12, you’re really feeling things so intensely, and you’re starting to ask yourself, who do I want to become?” said Chiang in a recent video call. “That’s a question that follows you throughout your life, even when you’re our age. People just are constantly figuring it out. I think that’s what you don’t realize at 12, that it’s a journey.”

Vaughan and Chiang, who served as executive producers on the adaptation, explained that they shared notes detailing extensive backstories, as well as the art and visual inspirations, early on in the adaptation process but encouraged the team to make changes to make the show’s story their own. And as touched as they are by the reverence for the original comic book series, they are quick to credit and praise everyone from the cast to the writers and the production staff for the version of the story brought to life onscreen. (The series was developed for television by Stephany Folsom, and its showrunners include Christopher C. Rogers and Christopher Cantwell.)