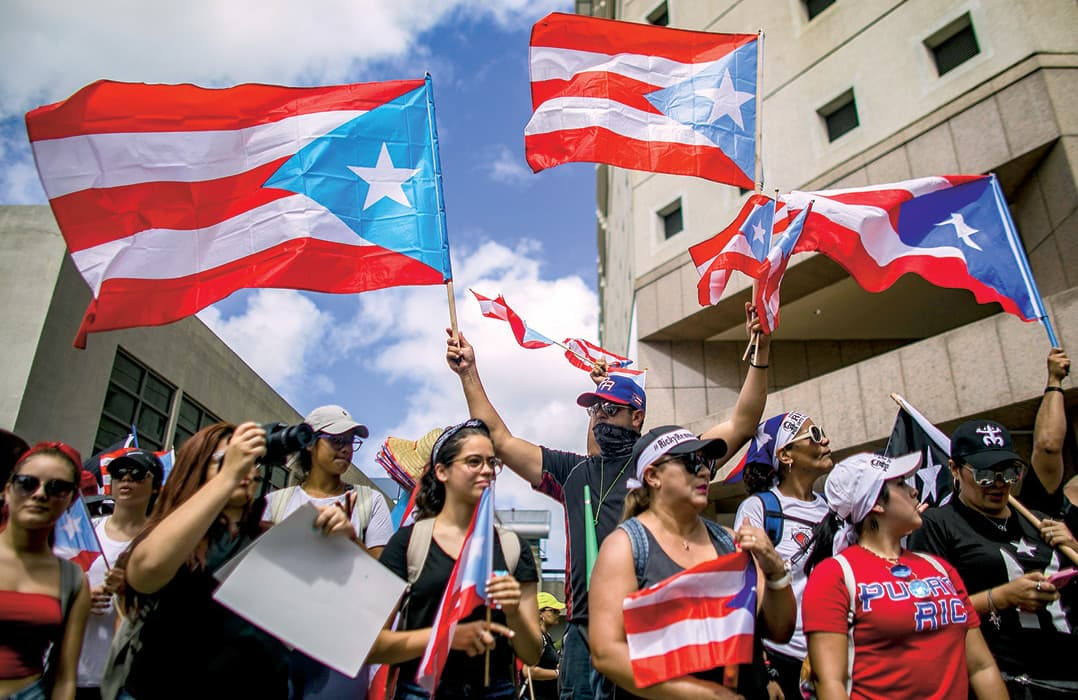 The House of Representatives passed a bill Thursday that gives Puerto Rico the chance to become the 51st state.

The Puerto Rico Status Act, introduced by Democratic Arizona Rep. Raul Grijalva, establishes a referendum on the island that allows residents to decide whether or not they want to become the 51st state, fully independent, or “sovereign in free association with the U.S.” The legislation passed largely along party lines with 216 Democrats and 16 Republicans voting in favor. All 191 “no” votes came from Republicans.

“Finding a resolution to Puerto Rico’s political status has been elusive and difficult. And it’s been that way for a long, long time,” Grijalva said in a floor speech. “It is crucial to me that any proposal that Congress [considers] to decolonize Puerto Rico be informed and led by Puerto Ricans.”

President Joe Biden has pledged to support the bill if it passes the Senate.

“For far too long, the residents of Puerto Rico—over three million U.S. citizens—have been deprived of the opportunity to determine their own political future and have not received the full benefits of their citizenship because they reside in a U.S. territory,” he said in a statement.

Puerto Rico’s status as a colony has harmed the island’s economic development, statehood advocates claim. Due to federal income tax exemptions, residents receives less in federal benefits. Federal law also encourages the territory to take out high levels of debt, according to the Council on Foreign Relations.

Some economists point to the Jones Act, a 20th century shipping regulation, as harming the island’s development. The law requires that ships traveling between American ports be U.S.-made, U.S.-flagged, and U.S.-crewed. Then-President Donald Trump temporarily lifted the law in the aftermath of Hurricane Maria, allowing Puerto Rico to purchase cheaper goods. The law normally drives prices up and restricts Puerto Ricans’ ability to purchase fresh products.

The U.S. has not added a new state since 1959, when Alaska and Hawaii were admitted. The 63-year gap is the longest such stretch in U.S. history. New states can be added by an act of Congress, like the Puerto Rico Status Act. The Constitution does not limit admission as long as new states are not created out of existing states.