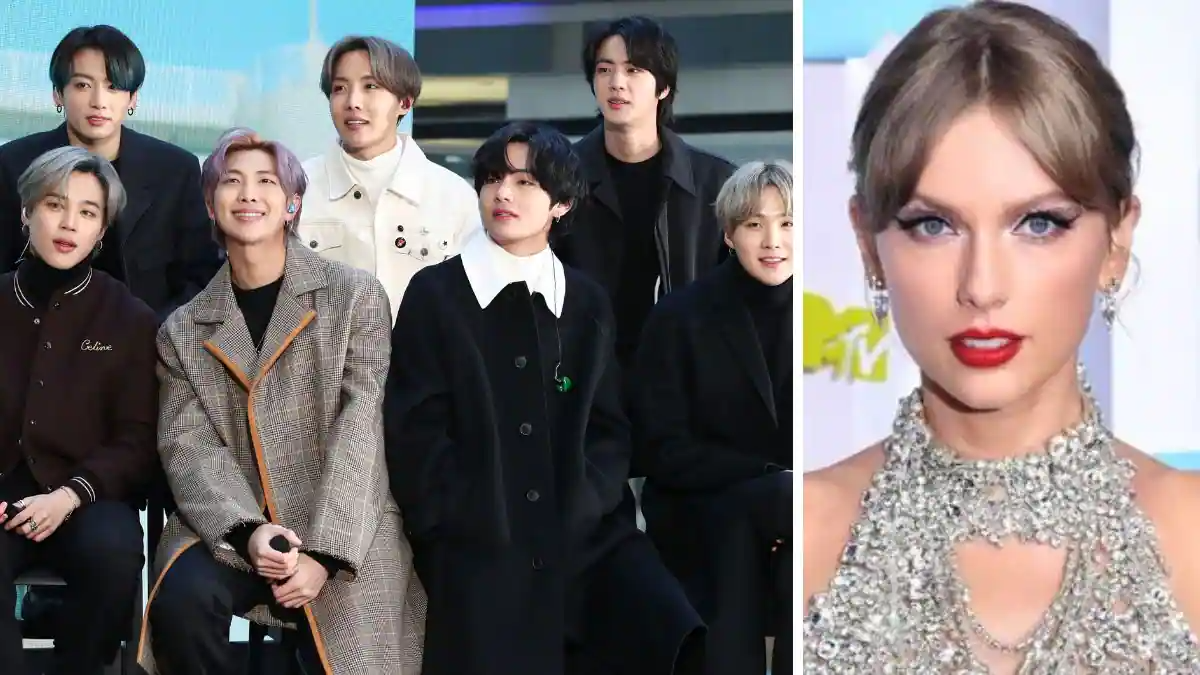 Taylor Swift, BTS, Lizzo, Selena Gomez and actress Elizabeth Olsen each won multiple awards at the 2022 People’s Choice Awards, which were presented Tuesday, December 6, at the Barker Hangar in Santa Monica, Calif. Kenan Thompson hosted the show, which aired on both NBC and E!

BTS won two awards – the group of 2022 and the concert tour of 2022. In addition, BTS’ Jung Kook won the collaboration song of 2022 for his featured role on Charlie Puth’s “Left and Right.” That spunky collaboration debuted and peaked at No. 22 on the Billboard Hot 100 in July.

Lizzo won the song of 2022 People’ Choice Award for “About Damn Time,” as well as a previously announced honorary award, the People’s Champion award. “About Damn Time,” which topped the Hot 100 for two weeks in July and August, is nominated for both record and song of the year at the upcoming Grammy Awards.

Gomez won the comedy TV star of 2022 for her role in Only Murders in the Building and the social celebrity of 2022.

Olsen, the star of Doctor Strange in the Multiverse of Madness, won the female movie star of 2022 and the action movie star of 2022.
Stranger Things was also a double winner. It was named the [TV] show of 2022 and also the sci-fi/fantasy show of 2022. Despite winning the top movie award – the movie of 2022 – Doctor Strange…, strangely, did not win as the action movie of 2022; that award went to Top Gun: Maverick.

There were some surprises in the music categories. Becky G beat Bad Bunny for the Latin artist of 2022. Carrie Underwood beat both Luke Combs and Morgan Wallen for the country artist of 2022.

Shania Twain won a special award, the Music Icon award. She also performed a medley of her greatest hits as well as her new single “Waking Up Dreaming.”

Lauren Spencer-Smith, who was nominated as the new artist of 2022, but lost to Latto, performed her hit song “Fingers Crossed.” Ryan Reynolds received the third previously-announced special award, the People’s Icon award.

Here’s a complete list of winners of People’s Choice Awards 2022:

The collaboration song of 2022

The social celebrity of 2022

WINNER: Doctor Strange in the Multiverse of Madness

WINNER: Elizabeth Olsen – Doctor Strange in the Multiverse of Madness

WINNER: Elizabeth Olsen – Doctor Strange in the Multiverse of Madness

WINNER: Never Have I Ever

The competition show of 2022

WINNER: Selena Gomez – Only Murders in the Building

The nighttime talk show of 2022

The competition contestant of 2022

The bingeworthy show of 2022