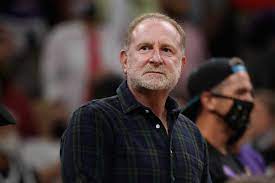 The National Basketball Association launched a formal investigation into the Phoenix Suns and owner Robert Sarver following allegations of racism and misogyny in an ESPN report published Thursday.

“The allegations contained in today’s ESPN article are extremely serious, and we have directed the Wachtell Lipton law firm to commence a comprehensive investigation,” the NBA said in a statement Thursday.

“The NBA and WNBA remain committed to providing a respectful and inclusive workplace for all employees,” the league continued. “Once the investigation is completed, its findings will provide the basis for any league action.”

The investigation comes after a long-awaited ESPN report that featured multiple allegations of racism and misogyny against Sarver during his 17-year tenure as the Suns owner. ESPN’s reporting was based on interviews with over 70 current and former Suns employees.

In anticipation of the report, the Suns in October denied that Sarver was racist and sexist.

Sarver denied the allegations Thursday, calling the report “inaccurate and misleading,” according to NBC Sports. He also welcomed the investigation being launched by the league.

“At this point, I would entirely welcome an impartial NBA investigation which may prove our only outlet for clearing my name and the reputation of an organization of which I’m so very proud,” Sarver said.

The ESPN article includes several instances of Sarver and his lawyers denying or challenging various claims.

Former Suns head coach Earl Watson, who is currently a Toronto Raptors assistant and is quoted throughout the ESPN story, applauded those that spoke up about Sarver’s conduct.

“I want to applaud the courage of the numerous players, executives, and staffers for fighting toxic environments of racial insensitivity, sexual harassment, and micro-aggressions with their truth,” Watson said in a Twitter post.

Among the accusations in the ESPN report was Sarver’s alleged use of the N-word around coaches and players on several occasions.

In one such instance, Sarver allegedly used the word during a conversation with Watson about Golden State Warriors star Draymond Green after a game in 2016, according to the report. Watson said he repeatedly told Sarver not to use the word, ESPN reported.

Sarver, who purchased the Suns in 2004 for a record $401 million at the time, denied allegations about his use of the N-word to ESPN.

Other allegations in the ESPN report involve alleged misogynistic and inappropriate conduct.

Employees alleged that Sarver repeatedly asked players about their “sex lives and the sexual prowess of their significant others,” ESPN reported.

Others recounted a time when Sarver allegedly passed around a photo of his wife in a bikini to employees and discussed times when she performed oral sex on him, the report said.

Some employees also alleged that Sarver fostered an environment where employees felt like they were his property, according to the report. Sarver reportedly asked one woman whether he “owned” her to determine if she was a Suns employee.

Recent allegations of both racism and sexism among NBA executives has resulted in a wide range of consequences. In 2014, Los Angeles Clippers owner Donald Sterling was banned for life by the NBA and fined $2.5 million after audio of him leaked in which he made racist comments.

“The conduct he is alleged to have committed has stunned and saddened me and is unacceptable,” Najafi said in a statement. “The well-being and safety of every Suns employee, player, coach and stakeholder is first and foremost our priority. My sincerest sympathy goes out to all whose lives and professions have been impacted.”

He added: “The Phoenix Suns is a national treasure that belongs to all of us as fans and residents of our community. Team investors are simply temporary stewards of this treasure.”

In February, Najafi teamed up with former NFL star and civil rights activist Colin Kaepernick to launch Mission Advancement, a special purpose acquisition company with a commitment to diversity and equity, according to the Seattle Times. The SPAC aims to raise $287 to acquire a private company that shares the same commitment.

Najafi is also involved with the NBA foundation launched in August, which aims to “advance economic empowerment in Black communities” by funding placement programs and job readiness for Black youth, according to the Seattle Times. The foundation was launched just three weeks before NBA players engaged in a three-day boycott to bring attention to the police shooting of Jacob Blake in Wisconsin.