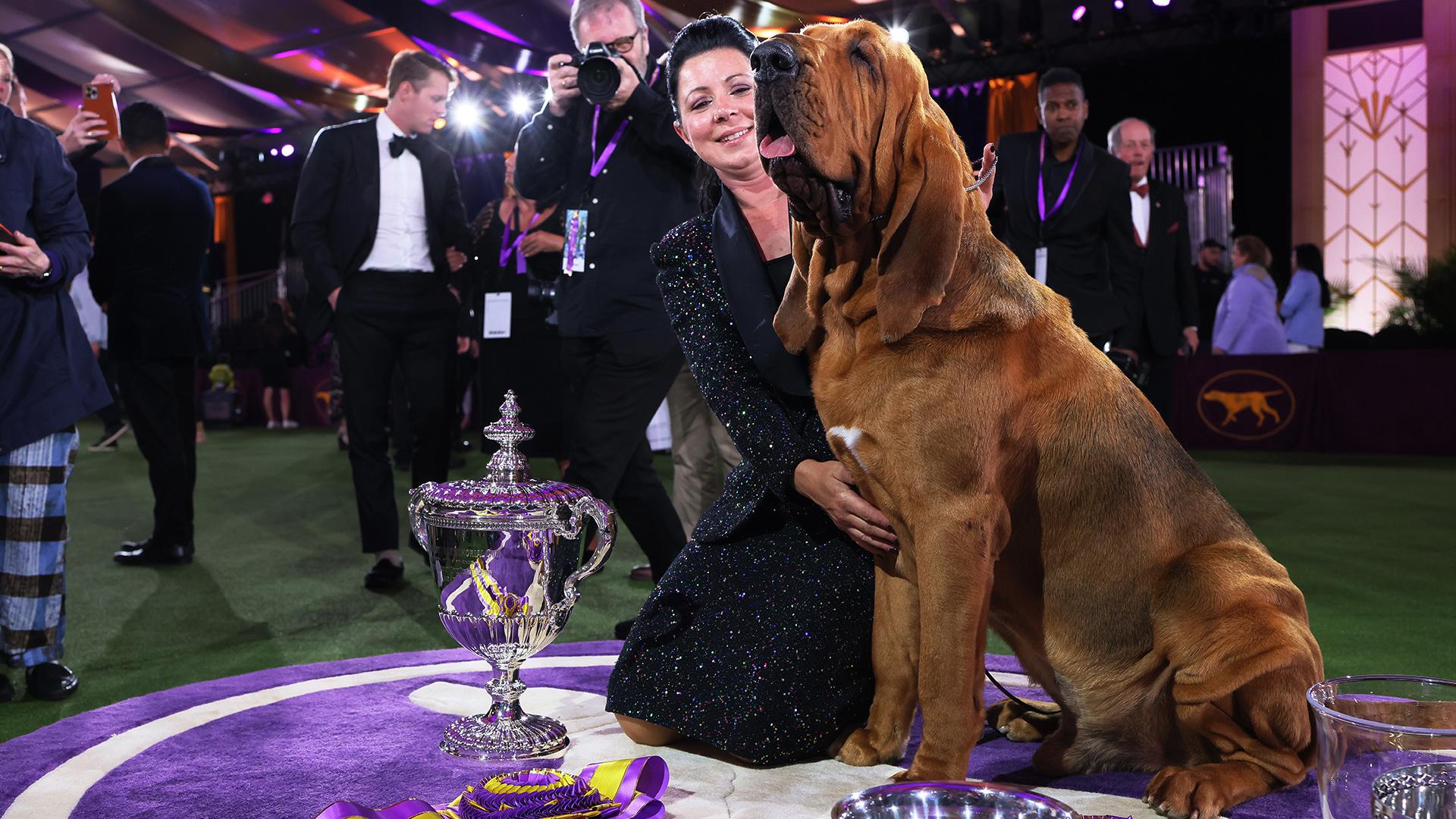 Trumpet, a bloodhound, was crowned the Best in Show winner at the 146th Westminster Kennel Club Dog Show Wednesday night.

The show is the second-oldest continuous sporting event in the US after Kentucky Derby and crowned its winner from among contenders who won in earlier best-in-group competitions.

Trumpet, who is 4 years old, is owned by Chris and Bryan Flessner, Heather Buehner and Tina Kocar, according to the WKC.

He won out of six other pooches, including a French bulldog, a German shepherd, a Maltese, an English setter, a Samoyed and a Lakeland terrier.

“I was shocked … sometimes I feel the bloodhound is a bit of an underdog,” Trumpet’s handler and co-breeder said, according to The Associated Press.

They can be quite affectionate
Bloodhounds can be doting to their human family members, but they can be more reluctant around strangers, children and other dogs, according to the American Kennel Club.

Training and obedience classes for bloodhounds should start early, as “they tend to become set in their ways,” the AKC says.

While bloodhounds are affectionate, they can also be stubborn and independent, the organization said.

They don’t need as much grooming
Bloodhounds have a short, smooth coat and only shed once or twice a year. It is recommended they be brushed weekly, and owners must check inside their trademark ears and wrinkles for any odors, infection or irritation.

The breed is also prone to bloating and obesity, which can be life-threatening if not monitored.

“Bloodhounds are notorious for eating anything and everything, which can often lead to vet visits,” the American Kennel Club says.

Bloodhounds are high activity dogs
Bloodhounds are often thought of as lazy, but they require lots of exercise, as they’re bred to track scents for miles on end.

The need long walks each day, but must stay on their leashes because they “may not respond to commands if he has found a scent to follow,” the AKC said.

Backyards should also have sturdy fences, as they are great diggers.