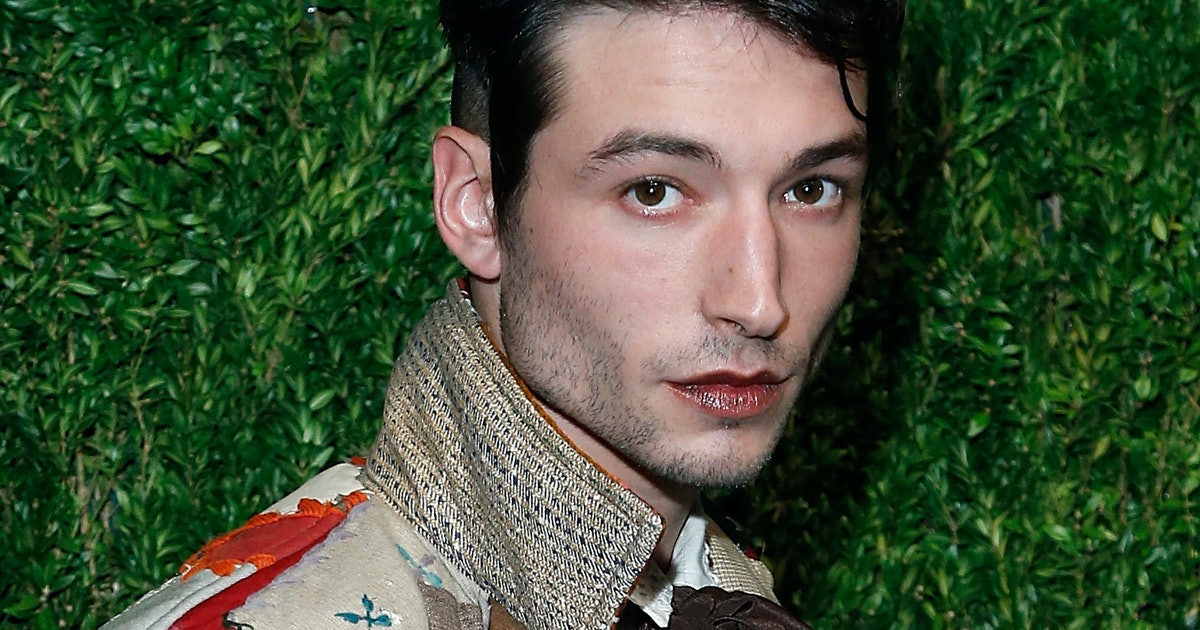 Actor Ezra Miller has been charged with felony burglary in Stamford, Vermont, the latest in a string of incidents involving the embattled star of “The Flash.’’

The police report said Miller was located shortly before midnight Sunday and was issued a citation to appear for arraignment in Vermont Superior Court on Sept. 26.

The felony charge adds to Miller’s mounting legal woes and reports of erratic behaviour. The 29-year-old actor was arrested twice earlier this year in Hawaii, including for disorderly conduct and harassment at a karaoke bar. The second incident was for second-degree assault.

The parents of 18-year-old Tokata Iron Eyes, a Native American activist, also earlier this year filed a protection order against Miller, accusing the actor of grooming their child and other inappropriate behaviour with her as a minor from the age of 12. Tokata Iron Eyes recently told Insider that those allegations were false.

After appearing in several films for Warner Bros and DC Films as the Flash, Miller stars in the upcoming standalone film “The Flash,’’ due out in June 2023. Though Warner Bros last week axed the nearly completed “Batgirl’’ film, the studio has suggested it remains committed to releasing “The Flash.’’

In an earnings report last week, David Zaslav, chief executive of Warner Bros Discovery referenced “The Flash.’’ “We have seen `The Flash,’ `Black Adam’ and ‘Shazam 2. We are very excited about them,” said Zaslav. “We think they are terrific, and we think we can make them even better.’’

Heche, 53, has been hospitalised since shortly after the compact car she was driving sped out of control in a Westside neighbourhood of Los Angeles late Friday morning, ploughed into a house and burst into flames, according to police.

No one inside the home was hurt, but the impact set the dwelling ablaze, requiring a response by dozens of firefighters.

A Los Angeles Police Department spokesperson said on Monday the cause and circumstances of the crash remain under investigation.

Heche is in a coma and has not regained consciousness since shortly after the accident, said Michael McConnell, a member of the Los Angeles talent management company representing her, Zero Gravity Management.

“At this time, she is in extreme critical condition,” he told Reuters in a text message, adding that Heche “has significant pulmonary injury requiring mechanical ventilation and burns that require surgical intervention.”

The Los Angeles Times quoted a Venice Beach salon owner, Richard Glass, recounting a visit by Heche to his shop shortly before the accident, describing her as “a sweet little girl” as she purchased a red wig on Friday morning.

Heche came to prominence for her Emmy-winning work on the daytime television drama “Another World” and went on to star in other screen roles including the HBO series “Hung” and such films as “Wag the Dog” and “Cedar Rapids.”

Danish director Lars von Trier, 66, has been diagnosed with Parkinson’s disease and will do limited promotion for his upcoming supernatural TV series “Kingdom Exodus”, his production company said on Monday.

Von Trier, often referred to as the “enfant terrible” of contemporary cinema, was in “good spirits” and is being treated for his symptoms, Zentropa said in a statement.

The “Kingdom Exodus” is the third and final instalment in von Trier’s 1990s cult TV show “The Kingdom”. The series premieres at the Venice Film Festival later this month as a five-hour film. It will be launched in five episodes on Viaplay’s platform and Danish broadcaster DR later this year.

“The illness means that Lars will only take part in interviews to a limited extent until the premiere later this year,” Zentropa said.

In 2011, von Trier was banned from the Cannes Film Festival after he joked he was a Nazi at a news conference to promote his film “Melancholia,” an unusual disaster movie starring Kirsten Dunst and Charlotte Gainsbourg.

His other works include graphic films such as “Antichrist” and “Nymphomaniac”, and the harrowing melodrama “Dancer in the Dark”, starring Icelandic singer Bjork, for which he won the Golden Palm for best movie at Cannes in 2000.

Singer Olivia Newton-John, who soared to the top of the world’s pop music charts in the 1970s and 1980s with such tunes as “I Honestly Love You” and “Physical” and starred in the hit movie musical “Grease,” died on Monday at age 73 at her home in southern California.

The death of the British-born, Australian-raised performer was announced on her Instagram account, saying she “passed away peacefully” at her ranch home “surrounded by family and friends.”

Newton-John, a four-time Grammy winner, had disclosed several years ago that breast cancer had metastasized and spread to her back, forcing her to cancel performances. Twenty-five years earlier Newton-John had undergone a partial mastectomy and gone on to establish a cancer treatment-research facility in Australia.

The entertainer began performing as a child and became a global superstar after moving to the United States. She was blond, blue-eyed and brimming with wholesomeness when she had her first hit in 1971 with “If Not for You” — a Bob Dylan song that also had been recorded by George Harrison.

It would be followed in the next few years by “Let Me Be There,” which won her a Grammy for best female country vocal performance, “If You Love Me (Let Me Know)” and two No. 1 songs, “Have You Never Been Mellow” and “I Honestly Love You.” The latter song won Grammys for best female pop performance and record of the year.

Newton-John also beat out country stars Loretta Lynn and Dolly Parton to win the Country Music Association’s female singer of the year award in 1974. The unlikely success of an Australian in American country music bothered many Nashville purists.

Critics also did not always care for Newton-John’s work, often finding her frothy and overly commercial. The New York Times once described her voice as “nearly colorless.”

Among pictures uploaded by Priyanka are also of a table laden with a hearty breakfast spread. She also tagged her new homeware brand ‘Sona Home’ in the photos.

Then, the following picture was of Malti Marie’s hand which Priyanka captioned, “MM approved” and again tagged Sona Home.

Priyanka was recently in Poland to meet the Ukrainian refugees as the UNICEF Global Ambassador.

Meanwhile, on the work front, Priyanka will be seen in international projects such as ‘It’s All Coming Back To Me’, and the series ‘Citadel’. Produced by Russo Brothers, ‘Citadel’ will hit the OTT on Prime Video. The upcoming sci-fi drama series is being directed by Patrick Morgan and stars Richard Madden alongside Priyanka.

In Bollywood, she will be starring with Alia Bhatt and Katrina Kaif in Farhan Akhtar’s ‘Jee Le Zaraa’, which promises to be another tale of friendship following the lineage of ‘Dil Chahta Hai’ and ‘Zindagi Na Milegi Dobara’, both of which have become cult classics over the years.’Jee Le Zaraa’ is reportedly going on floors around September 2022 and will be ready for release in the summer of 2023.

Priyanka Chopra and Nick Jonas keep posting pictures of their drool-worthy vacations and fun gatherings and don’t we all love them?

On Sunday, it looked like the couple had a fun day at the Los Angeles home, at least their pictures suggest so. And featuring in one of those photos is a very cute glimpse of their daughter Malti Marie. Priyanka took to her Instagram stories to share an adorable photo of herself with Nick and daughter Malti Marie and the Internet can’t stop from going ‘aww’! As usual, Priyanka covered Malti Marie’s face with a white heart emoji.

Priyanka also uploaded a photo of herself, wearing a black and white bikini with a kimono and captioned the photo, “Sundaze”.