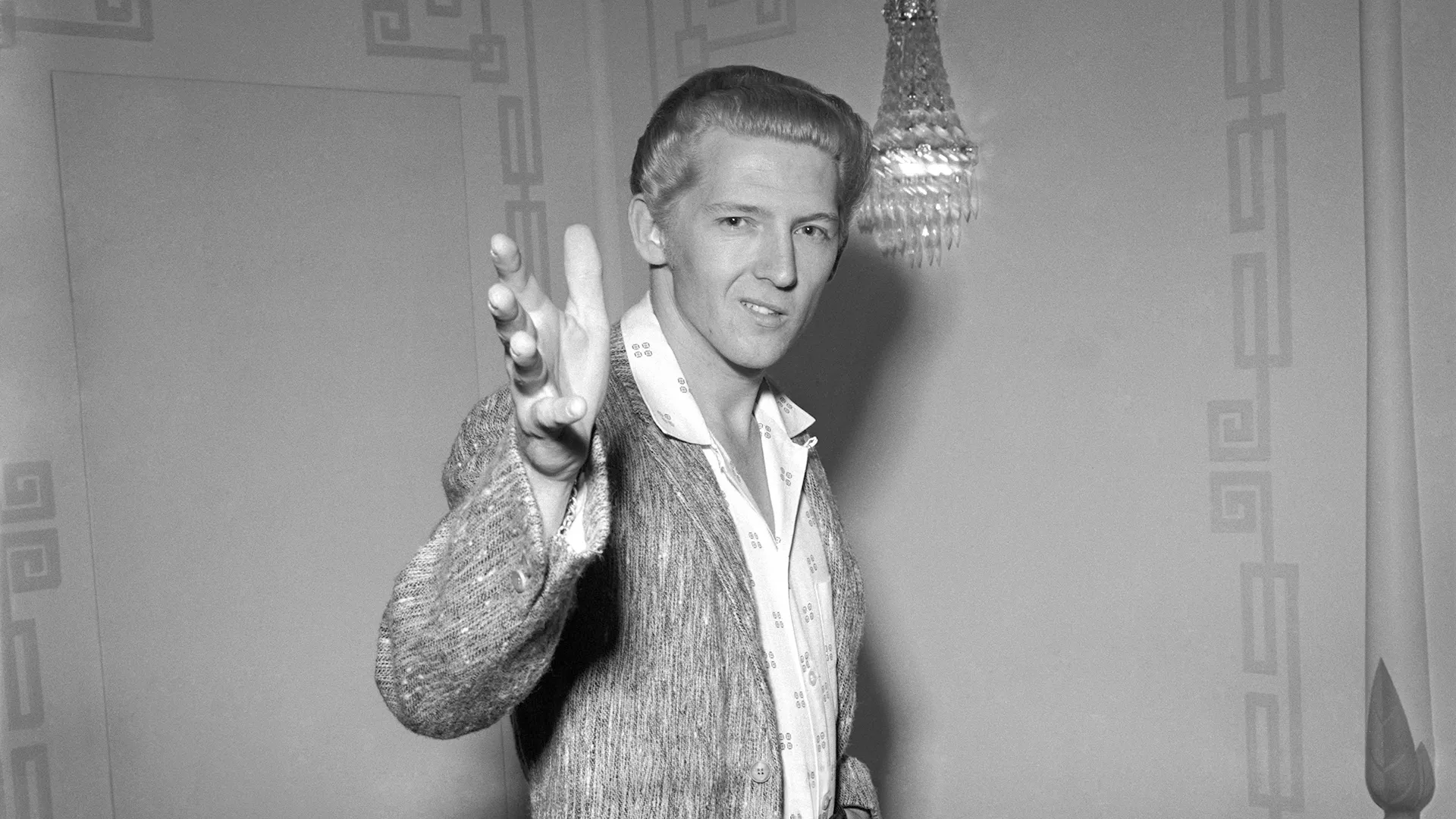 Jerry Lee Lewis, the piano-pounding, foot-stomping singer who electrified early rock ‘n’ roll with hits like “Great Balls of Fire” and “Whole Lotta Shakin’ Goin’ On” before marital scandal derailed his career, has died, according to a statement from his representative, Zach Farnum. He was 87.

Lewis passed away at his home in Desoto County, Mississippi, south of Memphis, the statement said. Farnum told CNN that Lewis died of “natural causes” when reached by phone.

His seventh wife, Judith, was by his side when he died and Lewis “told her, in his final days, that he welcomed the hereafter, and that he was not afraid,” the statement added.

Along with Chuck Berry, Elvis Presley and others, Lewis was one of the leading figures of the 1950s rock era and a master showman – nicknamed “The Killer” – whose raw, uninhibited performances drove young fans into spasmodic fits.

But offstage, the singer’s personal life was turbulent. Lewis was near the peak of his popularity in 1958 when the public learned that he had married Myra Gale Brown, his first cousin. She was 13 at the time; Lewis was 22.

News of the marriage leaked in London, where Lewis had flown to play some concerts. Lewis told the press that Myra was 15, but the truth soon came out and caused an outcry, as newspapers blared such headlines as “Fans Aghast at Child Bride.” Audiences heckled Lewis, and the tour was canceled after three shows.

Lewis continued to record and tour over the next decade, but his rockabilly music didn’t sell in the Beatles era and he couldn’t regain the popularity of his early years – until he made an unlikely comeback as a country singer.

Brash ambition defines Lewis’s first hit, with its pounding boogie-woogie beat, its cocky dance instructions — “All you gotta do, honey, is kinda stand in one spot and wiggle around just a little bit” — and its sudden, volcanic piano solo.

The definitive Jerry Lee Lewis song, written by Otis Blackwell, is a two-minute lesson in bedrock virtuosity and rowdy freedom. Lewis’s left hand nails down the beat while his right flings syncopated chords against it or sweeps down in sudden glissandos. His voice is unbound by anything his fingers are doing; it quavers, rattles off quick syllables and trampolines into falsetto. When he sings, “Kiss me baby — mmm, feels good!,” it’s pure self-satisfied bravado.

Sign up for the Louder Newsletter Stay on top of the latest in pop and jazz with reviews, interviews, podcasts and more from The New York Times music critics. Get it sent to your inbox.
Recording at the Star-Club in Hamburg, Germany, where the Beatles had woodshedded, Lewis’s youthful energy was stoked by a screaming, whistling crowd. It sounds like he’s willing to smash every note on the keyboard, and the song starts fast and only accelerates from there.

Lewis’s Louisiana roots are unmistakable in this swaggering bit of New Orleans-style R&B, complete with horn section and showy right-hand filigree. Lewis seems more amused than forlorn as he sings about a stolen girlfriend and — adding insult to injury — a stolen car.

By the late 1960s, Lewis was being marketed as a country performer, and he proved his honky-tonk bona fides with songs like “Another Place Another Time.” The tight quaver in his voice and his frayed tone as he sings about “sleepless nights” are classic country, but the way he stretches some words and holds back others until the last moment is still his own.

Tom T. Hall wrote this song, talk-sung by a hard-drinking honky-tonk patron who’s driven to tears by a song: “Jerry Lee did all right until the music started,” Lewis sings, dropping his name into the song as he often did. But even as he wallows in heartbreak, he still lets loose some yodels and splashy piano in the chorus.

In a country song tailored to Lewis’s wild man reputation, he sings about a faithful, temperate life. “Old Jerry Lee should have been that kind of fool,” he yodels, after explaining that he’s incorrigible; years later, he’d sing it with Keith Richards.

Written by Charlie Rich, “Who Will the Next Fool Be” had been widely covered by soul singers before Lewis recorded it on his self-titled 1979 album, with a studio band that included Elvis Presley’s guitar mainstay, James Burton. Lewis sings to bring out the resentful streak behind the bluesiness of the song; after spotlighting band members, he takes an assertive piano solo, then whistles nonchalantly through the outro.

Lewis turned a standard from “The Wizard of Oz” into a country waltz, using the scratchiness in his road-worn voice to make that rainbow seem very distant. But with a string section playing it straight, his piano was still irrepressible, strolling casually behind the beat and cascading through his solos.

On “Last Man Standing,” his triumphant, million-selling 2006 album of all-star duets, Lewis carries Led Zeppelin’s “Rock and Roll” back to Louisiana with ad-libbed lyrics as well as his piano style. He trades licks with Jimmy Page himself, easily holding his own. “I’m not quite as young as I used to be,” Lewis said when I interviewed him in 2006. “But I can still play pretty good.”