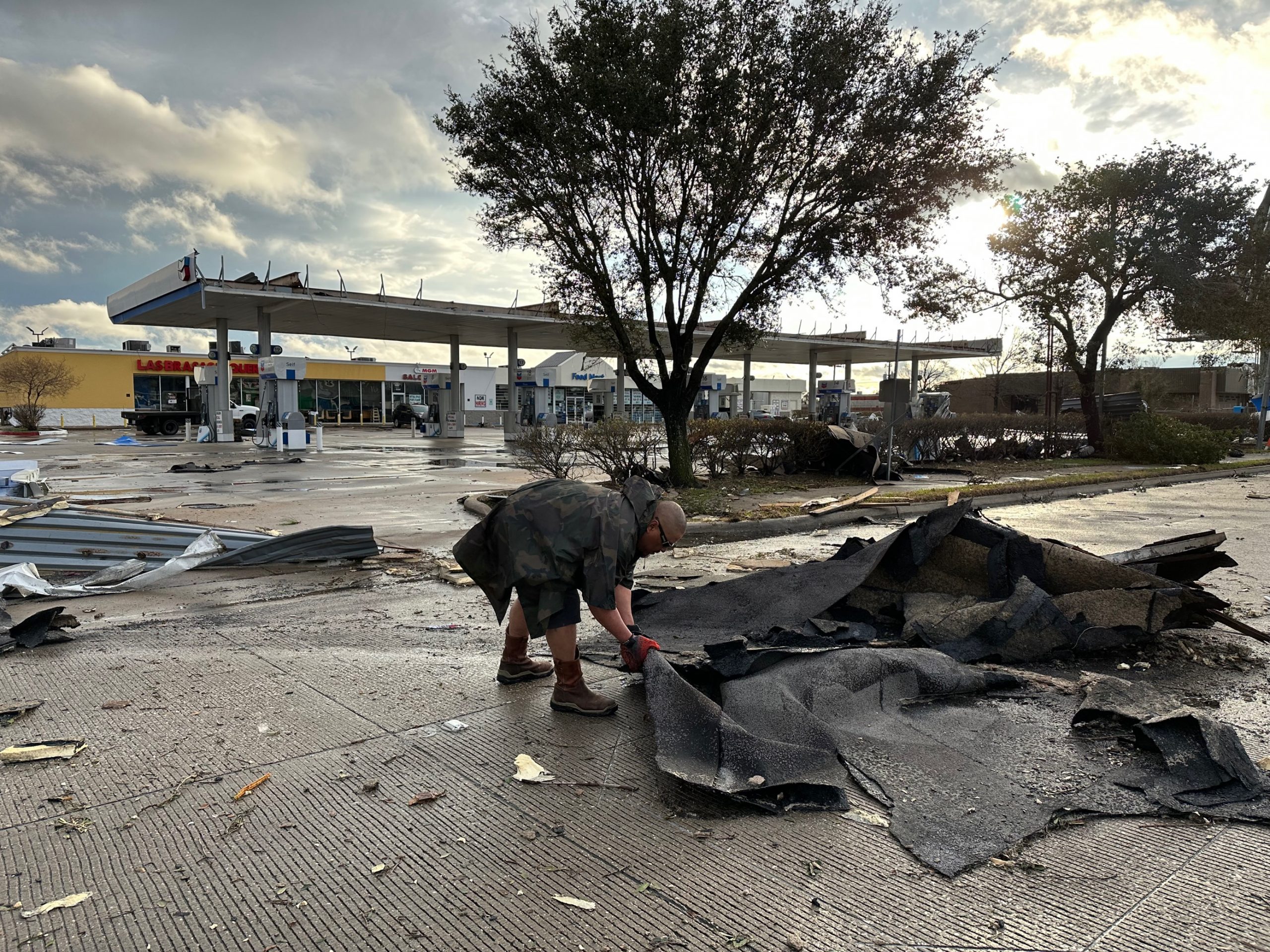 A tornado reportedly hit in the Deer Park and Pasadena area, according to officials. There was also damage from a reported tornado in Pearland.

There were reports of tornadoes in the Houston area on Tuesday as a line of severe weather moved through the region in the afternoon.

A tornado reportedly hit in the Deer Park and Pasadena area, southeast of Houston, according to officials. The City of Pasadena said on its Twitter account that areas of damage included: Beltway 8 at Genoa Red Bluff, Fairmont Parkway at Mickey Gilley Boulevard and Burke at Crenshaw.

There were no immediate reports of any serious injuries or fatalities caused by the severe weather.

Deer Park resident Ashley Lucky said she was at work when a tornado passed near her home and threw her neighbor’s backyard trampoline onto another nearby property. She said there were downed fences, “trees everywhere” and a lack of electricity and cell phone service in the immediate area.

“I was told it sounded like a freight train by a few neighbors,” Lucky said. “I’m glad I wasn’t home.”

The Pasadena Police Department said on Twitter that it had received reports of multiple downed power lines as well as overturned commercial trucks near Beltway 8 and its intersections with Fairmont Parkway and Vista Road.

“Tornadoes have winds as strong or stronger than a Category 4 or Category 5 hurricane,” Space City Weather editor Eric Berger said Tuesday on Town Square with Ernie Manouse. “Easily enough wind can develop to lift or roll (vehicles) and damage structures, take roofs off.”