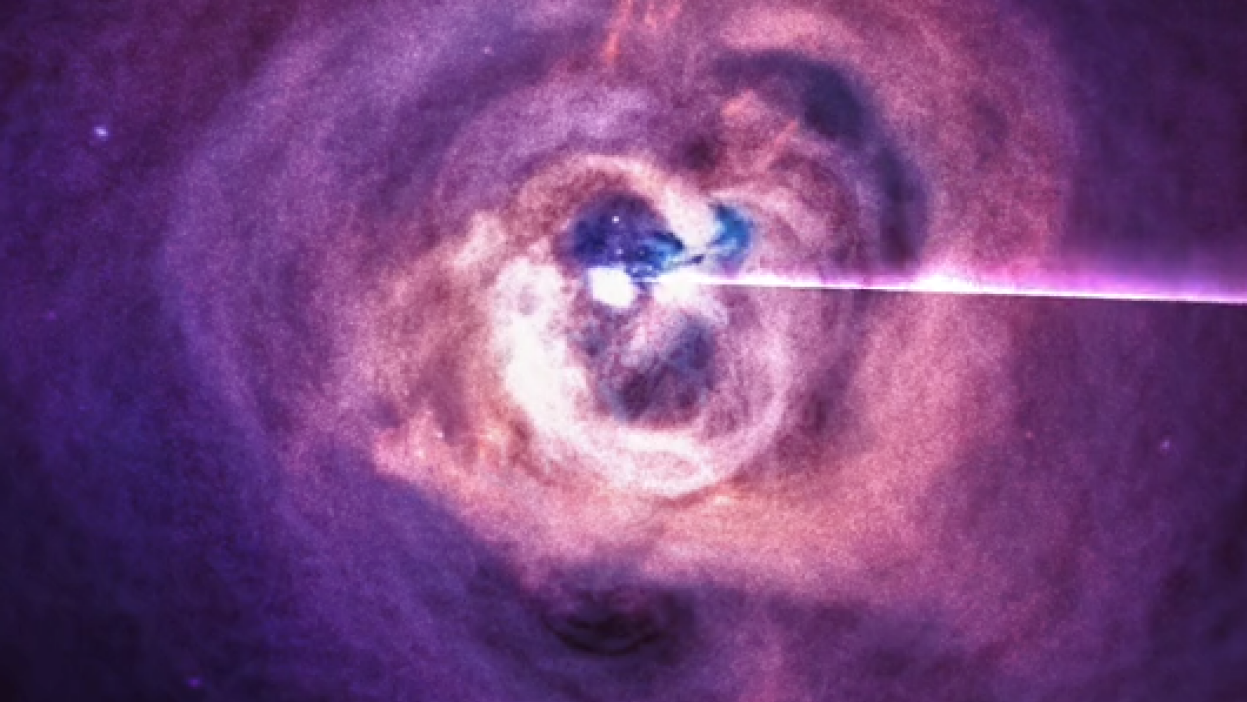 One of the mysteries of space has been sorted out once and for all, with sounds from a galaxy cluster released for the first time by NASA.

To some, the sound is eerie, almost haunted; to others the noise sounds more like the TARDIS (from Doctor Who) is coming in to land.

After more than 11.5 million views the Twitterverse has lit up, with some proclaiming the noise is “creepy”, while others say it sounds like a race car engine.

“As an astronaut, I’d rather hear nothing over whatever that sound is,” one person on Twitter posted. NASA was quick to hit back saying “it was not intentionally made ominous”. “The sound you hear is amplified a lot, and other sounds are interpreted from light data,” it said.

The space agency says there is a misconception there is no sound in space.  “Most space is a vacuum, providing no way for sound waves to travel,” it Tweeted.

“A galaxy cluster has so much gas that we’ve picked up actual sound.” NASA said the sound has been amplified and mixed with other data so you can hear just what a black hole sounds like.