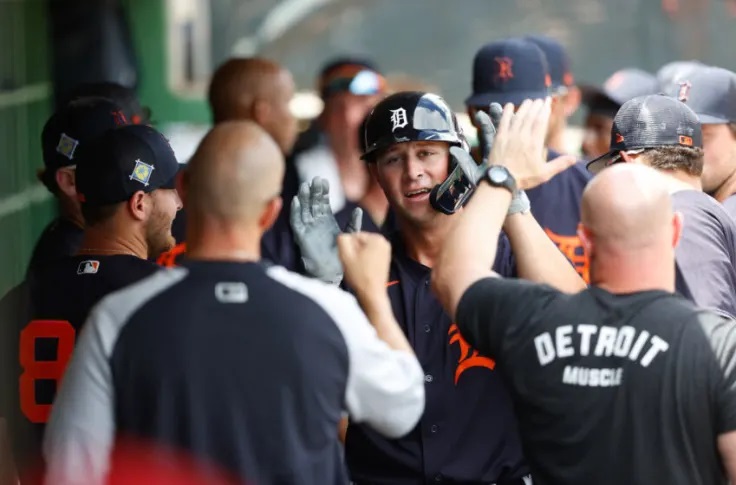 Welcome to the Detroit Tigers‘ 2022 season! Spring is here, baseball is back, and Spencer Torkelson is in the Opening Day lineup.

All should be well, right?

Well, with every season of hope comes terrifying concerns that all Tigers fans are all too accustomed to with any competitive team over the past several competitive cycles.

That means that two unproven youngsters and two veterans with rocky resumes will be taking the reigns on roster spots. Will Vest and Elvin Rodriguez, both young guns, and Drew Hutchinson and Jacob Barnes, both veterans. Frankly, this seems to be cause for massive concern, and it seems that gracious overlord Al Avila has no interest in addressing it.

This is confusing, given the willingness to immediately fill the hole left by Riley Greene’s absence. Maybe those are different circumstances given that Derek Hill is also hurt, but to right away find a replacement, it just seems odd that there has not been the same momentum for finding pitching help.

The Detroit Tigers’ pitching staff has several question marks to start the season.
The pitching concerns are everywhere this season for the Tigers. Not only is the bullpen going to be almost fully reliant on Gregory Soto and Michael Fulmer in high leverage situations, but the rotation will be entrusting the ball to Matt Manning and probably Tyler Alexander every five days.

Although the potential is there for Manning, Detroit needs to trust that he will take the next step forward and be the player we all hope he can be. However, will he be able to limit the walks and keep pitch counts low enough to stretch into the 5th and 6th innings of games? Will his stuff work three times through the order?

Then with Alexander, questions arise about his usage. What kind of left-handed options are available out of the pen? Will Alexander go any more than four innings in a game? Do we genuinely believe he is anything more than a long-relief arm? Although I am a noted Tyler Alexander appreciator, I think there are enough questions to warrant concern.

Finally, we reach the depth. What happens if anyone gets hurt in season? Is there the internal infrastructure to handily win ballgames? Are Beau Brieske, Joey Wentz, or Alex Faedo theoretically ready if something happens? So many questions and there are just so few answers right now.

Al Avila’s passivity in the pitching market could be extremely good or terribly bad.
Now we get to the biggest question that I have had, why have the Tigers been so content recently with sitting still in the arm market? Al Avila has shown no hesitation to make trades and even divert from his personal behavior of sitting on a prospect that can’t develop until they burn out and fail to develop (see also: Dawel Lugo).

I see one of two reasons for staying still in the market. 1.) The quality of pitching on the market is not up to the standard that the Tigers’ organization believes could assist in competing, or 2.) The Tigers are content with the staff of injured and uninjured pitchers that A.J. Hinch thinks he can win ballgames with the infrastructure in place.

I find one common thread in both scenarios: we, as fans, do not have the whole story. Do I believe that Sean Manaea could have been an excellent rotation piece and could have really made the team whole? Absolutely, and I believe the same about Frankie Montas, and I see that the former was not at a massive price. The same goes for unsigned Trevor Rosenthal.

Obviously, the Tigers see something in the new staff that we as fans do not. Am I concerned? Absolutely. Do I have faith and trust in the team that Avila and Hinch are building and the organization’s direction? For the first time in a minute, I can confidently say yes.