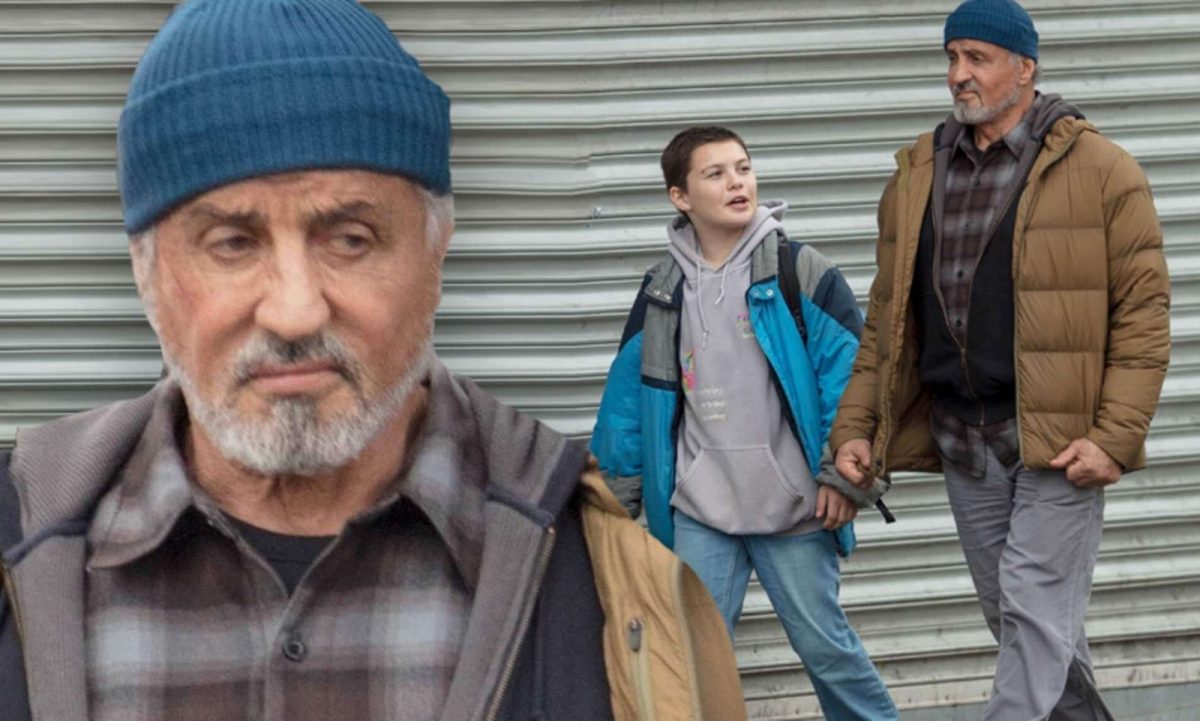 While Marvel still dominates the superhero market, every other studio still tries to get a piece of this very profitable cake by constantly releasing movies and series about superpowered people. The latest film in the genre is Samaritan, starring Hollywood legend Sylvester Stallone as a Stallone superhero trying to hide away from his glory days while his city is drowning in crime. Promising yet another gritty and dark take on the genre, Samaritan sadly fails to bring anything new to the table, turning an inventive concept into a generic superhero story.

From the very beginning, we are presented with Samaritan’s rich background, as two superpowered twin brothers take opposite paths in life, with one becoming the titular superhero while the other builds a reputation as the terrorist villain Nemesis. They both die in a fire during their final confrontation, 25 years before the movie’s events. However, some still believe Samaritan survived the fateful duel and is hiding among people. Enter Sam (Javon ‘Wanna’ Walton), a 13-years-old boy who’s a fan of the old superhero tales and spends his days daydreaming about finding out where Samaritan is hiding. There’s an exciting story hiding there, however, screenwriter Bragi F. Schut (Escape Room, Season of the Witch) has the annoying habit of burying his best ideas under overused tropes and shallow human relationships.

In Samaritan’s case, the movie checks all the boxes of superhero clichés. There are badly-placed exposition scenes to explain the rules of the fictional Granite City, who the major players in the movie are, and how superpowers work in this universe. And, of course, these rules will be bent or completely ignored to move the plot forward and ensure the hero always faces the villains in the most exciting moments. The main characters also go back and forth in their moral stances according to the needs of each scene, which weakens the human links Samaritan tries to forge. Finally, the central relationship between the retired superhero and the nosy kid is especially unearned, as their bond is a given instead of being developed.

Samaritan’s script is also highly dependent on a twist that can be easily deduced by anyone who has ever watched a movie. And if the surprise is not mandatory to make a story pleasant, Samaritan fails to explain why the twist happens, undercutting all emotional weight it might have had. On top of that, the lack of essential information about certain characters’ pasts also reduces the film’s stakes, leading to a disappointing ending that even includes a commonplace speech about good and evil that completely overthrows the movie’s point about unfair social structures and abusive police forces.

Sometimes, it feels like Samaritan is trying to say something about the horrors of poverty and unemployment – forces that push people into criminality every day. And if that was the case, the movie could have used the superhero formula to explore real-life issues that question the supposed moral higher ground of vigilantes. But unfortunately, while the movie’s villains say they are fighting for the freedom of the lower classes, they all seem to have mastered Bad Guy 101. That includes laughing maniacally for no reason, taking pleasure in torturing people, and even stealing toys from children. The villains are just evil for evil’s sake, using every opportunity to harm innocent people just for the sake of being despicable and justifying the beating they are bound to get.

Not everything is wasted in Samaritan, though. Stallone has a knack for playing big brutes with a heart, the kind of character who knows they can easily win a fight, but still prefers to hold their punches and use their heads. That comes in handy with Samaritan, as Stallone’s experience helps to elevate the dull script by turning his retired superhero into a sympathetic character. While Stallone cannot redeem Samaritan’s many flaws, he can still make the movie worth watching for those willing to look past a generic superhero story with very shallow notions of morality. Unfortunately, that only makes Samaritan’s release more tragic, as Granite City did have the potential to explore the nuances of social inequality and instead ends up as the background of yet another forgettable superhero story.

In the end, Samaritan’s most irredeemable crime is being bland in a market oversaturated by superhero media. The movie doesn’t stand out for its action scenes, has nothing new to say about the old good-versus-evil conflict at the center of any superhero story, and is incapable of giving its villains real purpose. Stallone is a strong man, but even he cannot carry the weight of an entire movie alone.