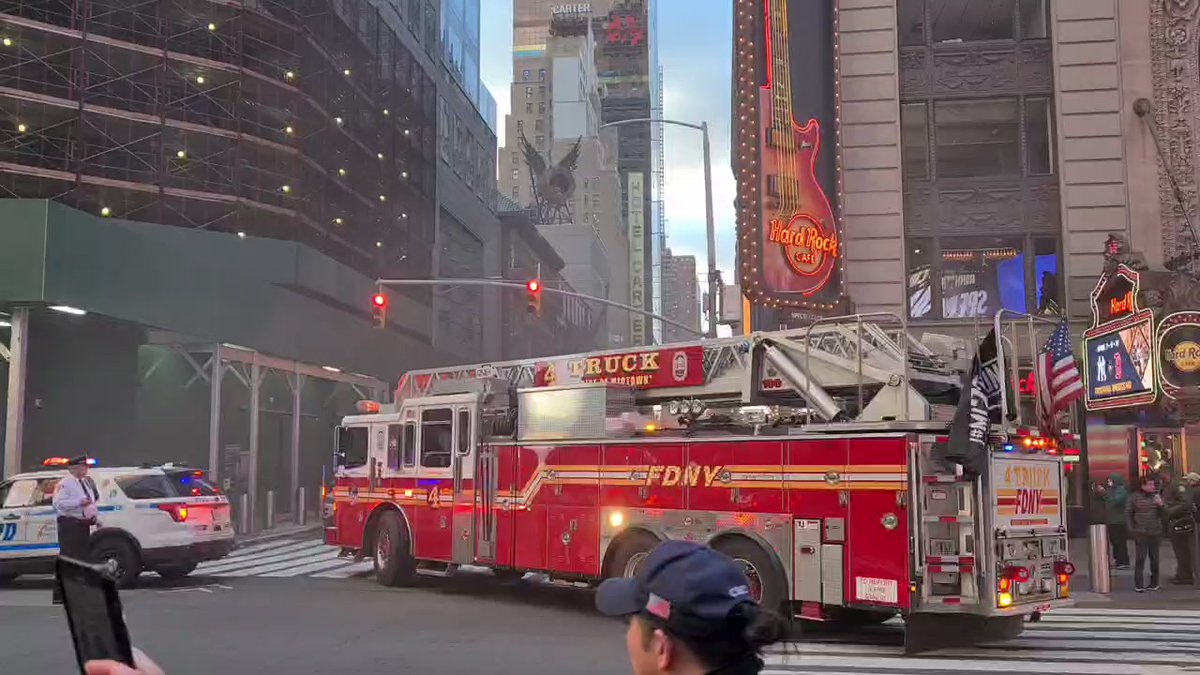 Part of Times Square was closed off Sunday evening after an explosion and fire in a manhole.

It happened around 6:45 p.m. on West 43rd Street near Seventh Avenue.

EarthCam video shows the moment people began scrambling out of the area.

Con Edison says a power cable failure led to an explosion and fire in a manhole. As firefighters worked to put out the fire, dark gray smoke came from that manhole and two others, filling the air.

“Once I seen the fire, the cops are telling me to back up. I slowly start backing up, but still I started, like, then again, I started proceeding, like, to the fire and then it actually exploded right in front of me and that’s when I was just, like, I started running,” witness Lavier Pounds said.

“We can confirm that a manhole exploded in the Times Square area this evening due to cable failure, and another manhole was smoking. At this time, there have been no customer outages, and no reports of injuries or property damage. Our crews remain on location.”

Marivic Jaks told CBS2’s Thalia Perez she’s visiting from California and was running late to catch her tour bus when she heard the boom.

“We just missed it. We missed the bus, and it’s just, like, five minutes of walking and that’s when the big, loud, loud. I mean, I’m still kind of nervous and shaking,” she said.

Firefighters evacuated people in the area as a precaution.

Officials say they found elevated carbon monoxide levels in an office building at 229 W. 43rd St. The FDNY says they mitigated the cellar and sub-cellar of the building.

Con Ed says there have been no power outages as a result of the fire, and no one was injured.