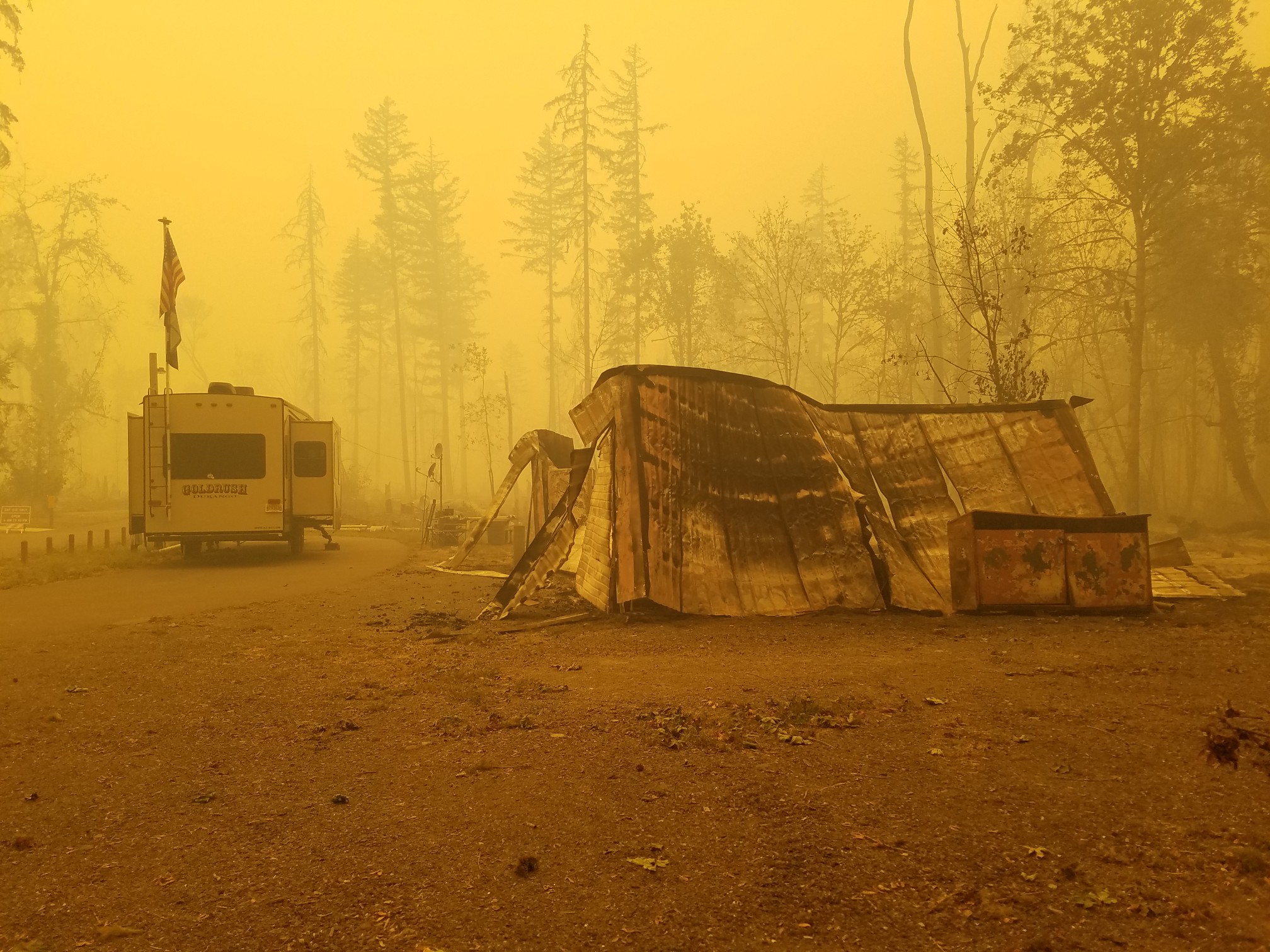 Campers at Milo McIver State Park had to flee late Friday night after a wildfire ignited and spread near the park along the lower Clackamas River near Estacada.

Level 3 “Go now” evacuations have been issued for the park and surrounding area. See this map for full evacuations, which were expanded around 12:15 a.m. on Saturday morning.

Oregon Parks and Recreation Department director Lisa Sumption said they had successfully evacuated everyone from the park.

“Visitors are all out and safe and sound,” she said. “We had to evacuate people and our resident staff out the back of the park now, near the bat barn area as the entrance is burning.”

Pictures showed the fire burning in the hillsides above Estacada, according to witnesses.

The fire is just downstream of where the Riverside Fire burned almost exactly two years ago during the Labor Day fires of 2020.