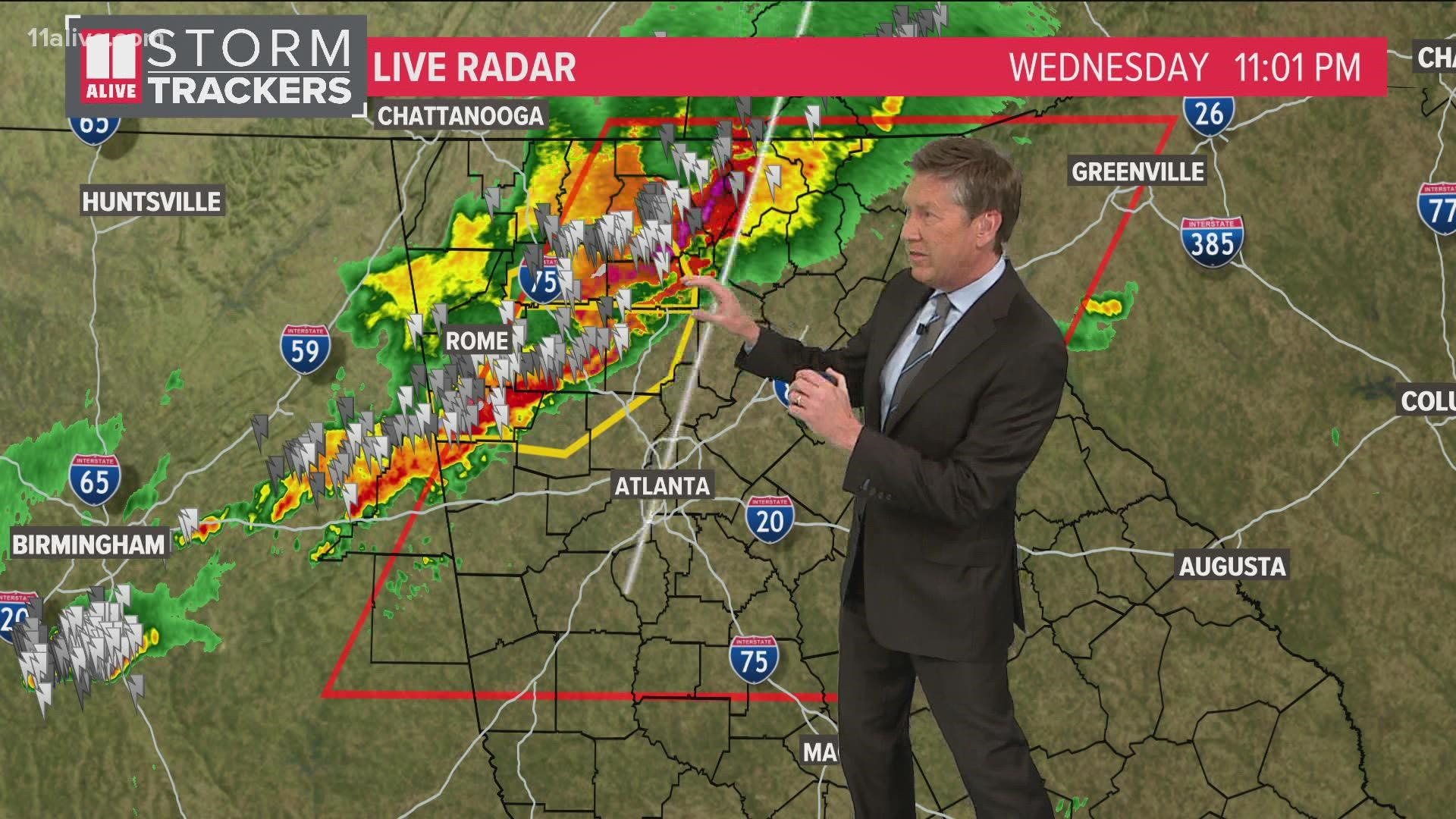 Metro Atlanta residents, grab your umbrellas and close those windows. Scattered showers and storms are making their way across Georgia, with some storms expected to possibly strengthen into the evening.

Thunderstorm activity moved into North Georgia Wednesday morning. Some of that stormy weather may make its way to Metro Atlanta’s front door by Wednesday evening. As we approach the overnight, the chances for severe weather will continue to increase.

The Storm Prediction Center has issued a level two risk out of a total five for Metro Atlanta and all throughout North Georgia. While damaging winds are the main concern, the possibility of an isolated tornado can not be ruled out.

The storms are expected to linger throughout the night and into Thursday morning, possibly affecting morning Atlanta commutes.

11Alive is tracking the latest weather developments and will update this story. Refresh often for the latest information.

2:19 a.m. | A Flood Warning is in effect for Dade County and Hamilton County until further notice due to minor flooding at Lookout Creek near New England, Ga.

12:24 a.m. | The following counties have been removed from the North Georgia tornado watch issued until 5 a.m. Thursday: Cherokee, Cobb, Dawson, Forsyth, Haralson, Lumpkin, Paulding, Pickens, Towns, Union and White counties are no longer under the watch