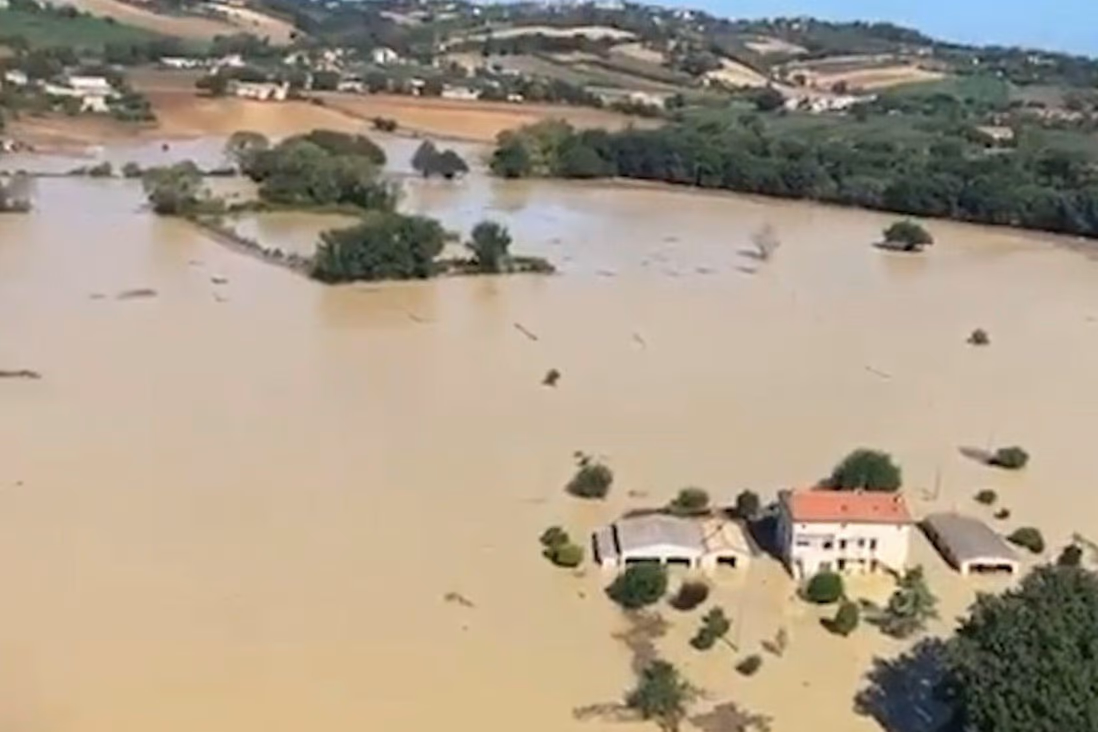 Floodwaters triggered by heavy rainfall swept through several towns in a hilly region of central Italy early Friday, leaving 10 people dead and at least four missing, authorities said. Dozens of survivors scrambled onto rooftops or up trees to await rescue.

“It wasn’t a water bomb, it was a tsunami,” Riccardo Pasqualini, the mayor of Barbara, told Italian state radio of the sudden downpour Thursday evening that devastated his town in the Marche region, near the Adriatic Sea.

He said the flooding left the 1,300 residents of Barbara without drinking water and with spotty telephone service. A mother and her young daughter were missing after trying to escape the floodwaters were also missing, the mayor told the Italian news agency ANSA.

While firefighters reported at least seven confirmed deaths and three people missing, RAI state TV quoted the local prefect’s office as saying there were 10 confirmed deaths. Two children, including a boy swept out of his mother’s arms in Barbara were among four people still unaccounted for as of late Friday morning.

Some 50 people were treated at hospitals for injuries.

Many of the 300 firefighters on rescue operations waded through waist-high water in flooded streets, while others operated rubber dinghies to scoop up survivors along their path.

The fire department tweeted that dozens of people who were trapped in cars or had clambered up to rooftops or climbed trees to escape rising floodwaters had been brought to safety.

Police officers in the town of Sassoferrato recounted the rescue of a man trapped in a car. Unable to reach him, they extended a long branch, which the man grabbed onto and then officers pulled him to safety.

Helicopters were also deployed to rescue seven people in the more remote towns of the Apennine Mountains, which form the backbone of central Italy.

Floodwater invaded garages and basements and with its weight and force knocked down doors.

“It was an extreme event, more than an exceptional one,” climatologist Massimiliano Fazzini told Italian state TV. He said that based on his calculations the amount of rain that fell, concentrated over four hours that included an especially heavy 15-minute period, was the most in hundreds of years.

In a space of a few hours, the region was deluged with the amount of rainfall it usually receives in six months, state TV said.

Some of the worst flooding struck in and around town of Senigallia, where a river overflowed its banks. Hamlets in the hills near the Renaissance tourist town of Urbino were also inundated when fast-moving rivers of water, mud and debris rushed through streets.