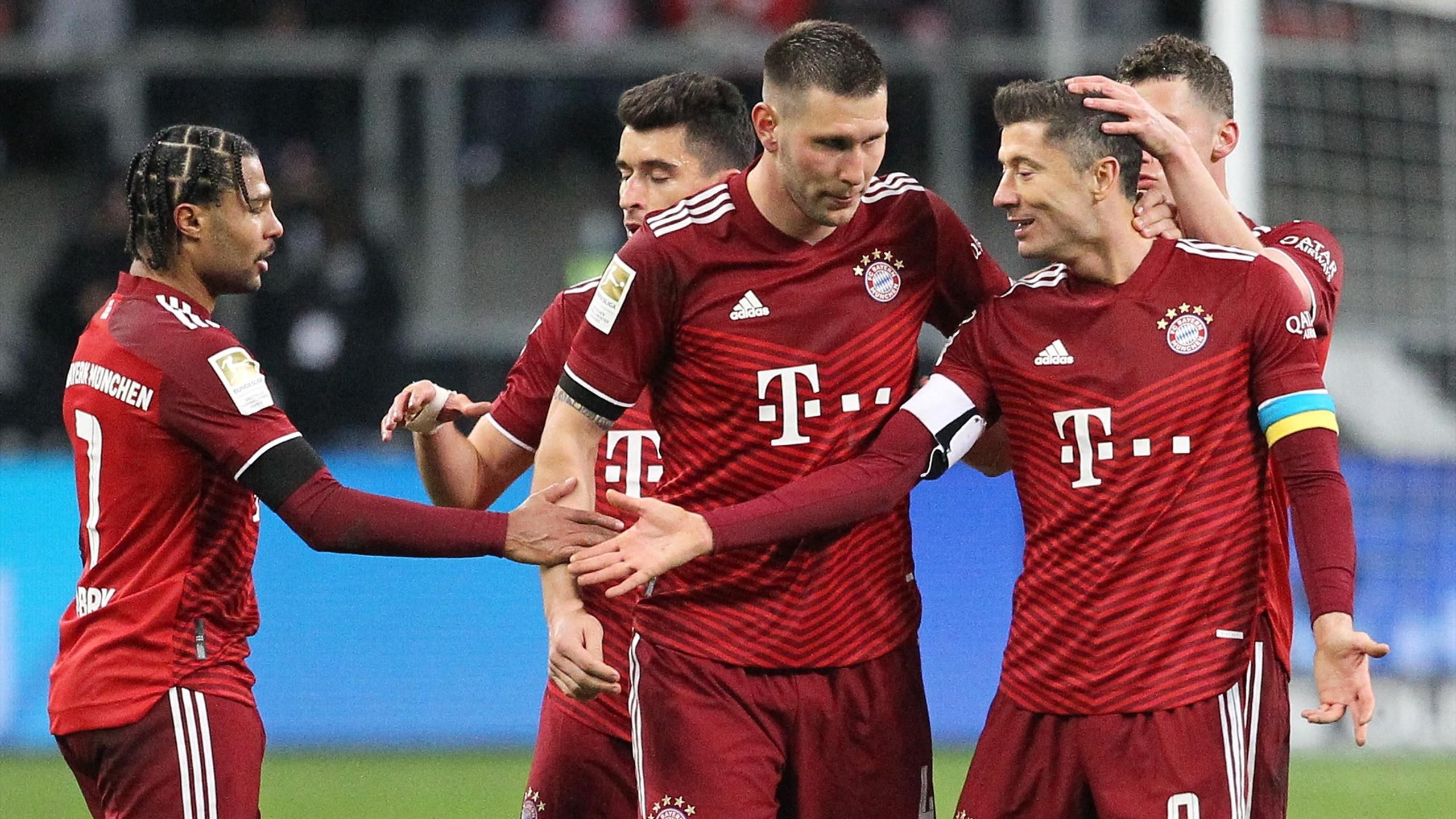 It was the perfect start for Bayern Munich’s 2022/23 Bundesliga campaign. The Rekordmeister beat Europa League winners Eintracht Frankfurt 6-1 at the sold-out Deutsche Bank Arena. But while Bayern’s campaign got off to a perfect start, the Bundesliga is again challenged with a debate over its competitiveness.

Bayern’s dominance, in fact, was apparent within minutes of the game. Within five minutes, Joshua Kimmich opened the scoring with a brilliant freekick that, according to the AWS stats, makers only had a 4% goalscoring probability.

Musiala (83’), in the meantime, added another, further underlining his status as the hottest prospect in European football. Frankfurt’s only goal scored by new signing Randal Kolo Muani (64’) was almost lost in the noise.

“We played an unbelievable game with a lot of energy,” Nagelsmann said after the game. “There were a lot of parallels with the Leipzig game. The guys are happy. Wins are never a normality, it’s always something special even if you won a lot. Everyone is hungry for more, and I hope it stays this way.”

Bayern also did dominate the first 45 minutes against Leipzig in the DFL Supercup last Saturday. Leipzig almost mounted a comeback in that game but fell short in the last five minutes to equalize.

The halftime score in Leipzig, and the result today, will be further water on the mill for critiques questioning the Bundesliga’s competitiveness. Indeed, despite or maybe because of Robert Lewandowski’s departure, Bayern looks unstoppable this season.

Five different goalscorers scored the first five goals, and only Musiala scored twice. The attack with Gnabry and new signing Mané has silenced those who thought the Polish striker could not be replaced. If anything, the Rekordmeister now looks more dangerous and has put together a side that will challenge for the Champions League, with the Bundesliga title being almost of secondary nature.

“It was a fully deserved win for Bayern,” Eintracht Frankfurt head coach Oliver Glasner said after the game. “We lost our heads after the two quick goals we conceded. Bayern took full advantage of the space we gave them. We were simply overwhelmed by their pace. Now we have a chance to do better against Real Madrid on Wednesday.”

Those who believe Bayern’s focus on the Champions League will allow other clubs to win the title will have to think again. The Rekordmeister has occupied every role doubled—in fact, the likes of Leroy Sané and Kingsley Coman would not make the starting XI at the moment.

That dominance also has a flipside, however. The Bundesliga has been working hard for more international recognition. Bayern CEO Oliver Kahn and executive board member Andreas Jung have urged other German clubs in recent weeks to go abroad to help sell the league.

Indeed, Eintracht Frankfurt (to Japan), VfB Stuttgart, and 1.FC Köln (both will play a friendly in Austin, Texas) have already announced tours for the World Cup break in November.

Going abroad is one thing; convincing people that the league is competitive is another; after all, Bayern smashing Frankfurt 6-1 in the opener is terrible for the optics—one glance at soccer Twitter in the United States on Friday evening is all one needs to know about the Bundesliga’s struggles to sell itself as a product.

Perhaps having Bayern opening the season was, in retrospect, a terrible idea, and it is another reminder of the club’s dominance and gulf over the rest of the league. One fixture that would have made more sense would have been Dortmund against Leverkusen, which promises to be a Saturday night spectacle.

Those two teams will be fun to watch, but after Bayern’s dominance on Friday, how many beyond the hardcore Bundesliga fans will be tuning in, especially with the Premier League opening the same weekend?

Manuel Veth is the host of the Bundesliga Gegenpressing Podcast and the Area Manager USA at Transfermarkt. He has also been published in the Guardian, Newsweek, Howler, Pro Soccer USA, and several other outlets. Follow him on Twitter.