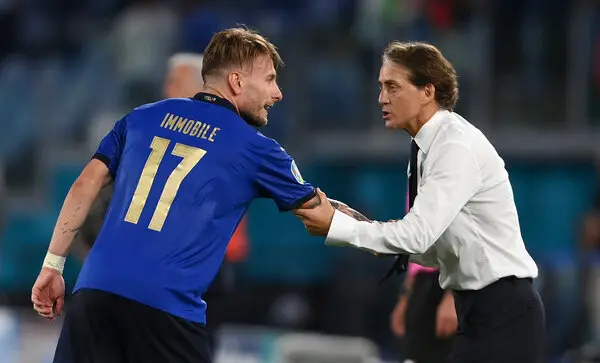 “He wanted to try, but he couldn’t risk it.”

Protagonist of a case that enlivened the Azzurri’s Sunday as they were about to leave for Hungary – where the decisive match of the Nations League round will be played on Monday – Ciro Immobile did not join his teammates for the trip to Budapest. Struggling with a hamstring problem in his right thigh that had already prevented him from being there in Italy’s 1-0 win over England, the Lazio bomber had undergone an MRI in the morning. That had yielded negative results. Despite this, with the striker already ready to embark with his teammates, the national team’s medical staff blocked everything.

Bringing clarity to the episode-more than a few media outlets had speculated on possible interference by Claudio Lotito, the Lazio president, on the non-departure of his player-was Roberto Mancini himself. Here are the words of the coach released in a press conference.

“We tried, he was great to stay with us. Then today we decided to leave him at home because it was not worth the risk, it became too dangerous. It displeased him and us. Ciro would have gladly stayed, he stayed with us even during the first game. He wanted to try, but he could not risk it,” the coach began.

“We knew it would be difficult. He was not very sick, he wanted to recover,” Mancini said again, “but he trained very little and it was not so easy. Prof this morning checked and we decided so, he had not trained for three days. We talked when I arrived in Milan, but it was something that had already been discussed these days.”