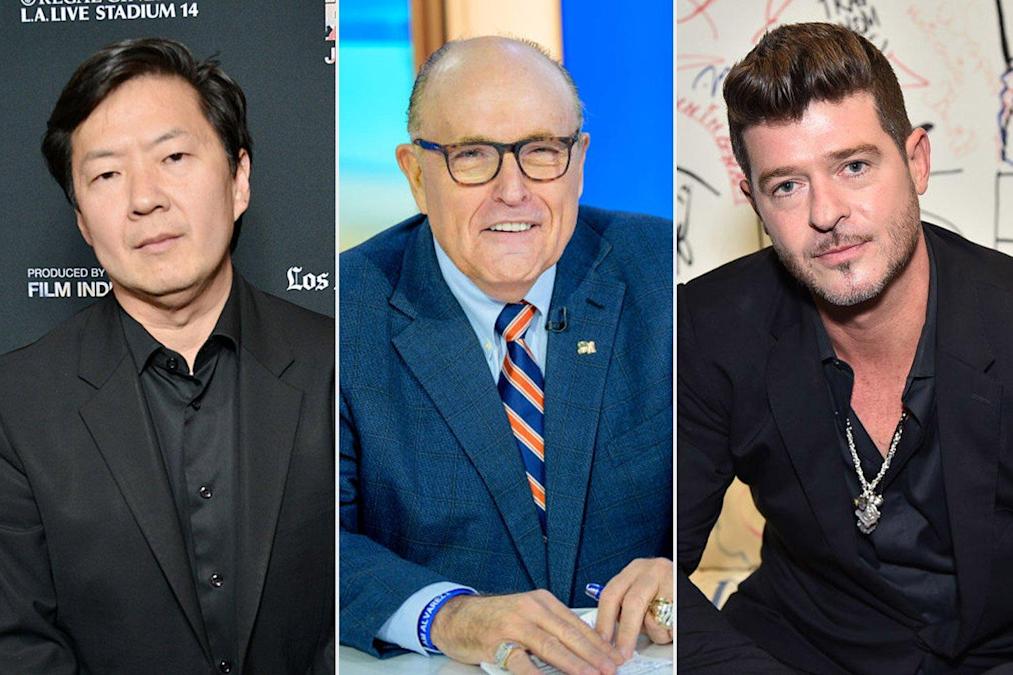 Ken Jeong and Robin Thicke seemed to be less than thrilled about a contestant on the upcoming season of The Masked Singer.

During last week’s taping of the Fox series’ Season 7 premiere, former New York City mayor Rudy Giuliani was unmasked as one of the contestants, Deadline and TMZ report.

Following the reveal, Jeong, 52, and Thicke, 44, both walked off the stage in protest of Donald Trump’s former attorney, according to the outlets. Fellow judges Jenny McCarthy and Nicole Scherzinger reportedly remained on stage after the reveal, where they briefly chatted with Giuliani.

Jeong and Thicke later made their return to the stage, though it is unclear how long they were gone, according to Deadline.

When contacted by PEOPLE, reps for Fox and Jeong had no comment.

Reps for Thicke and Giuliani did not immediately respond to PEOPLE’s request for comment.

Giuliani, 77, has had a number of controversies and gaffes in recent years, particularly during his time serving as the personal attorney for former President Trump.

Last year, his home and office were raided by federal agents during an investigation into his work in Ukraine. “Mr. Giuliani respects the law, and he can demonstrate that his conduct as a lawyer and a citizen was absolutely legal and ethical,” his lawyer said in a statement after the raid, according to the Associated Press.

Elsewhere, Giuliani’s erratic personal behavior has raised eyebrows. In November 2020, while speaking at a press conference about the Trump campaign’s attempts to overturn their election loss to Joe Biden, he could be seen sweating profusely, to the point that hair dye appeared to begin dripping down the sides of his face. Footage of the press conference quickly went viral. Giuliani was also filmed shaving his face while seated in an airport restaurant in August 2021.

Additionally, Giuliani was the star of an infamous scene in 2020’s Borat Subsequent Moviefilm, in which he appears to put his hand down the front of his pants while leaning back onto a bed near actress Maria Bakalova, who was in character as Borat’s teenage daughter. Giuliani called the clip a “complete fabrication” and denied any inappropriate behavior.

In June 2021, Giuliani was suspended from practicing law in New York by an appellate court that said he made “demonstrably false and misleading statements” about Trump’s 2020 election loss to Biden.

Most recently, singer Jewel, who performed as the “Queen of Hearts,” won the singing show in December 2021.

The Masked Singer is set to return for its seventh season on Fox on March 9.