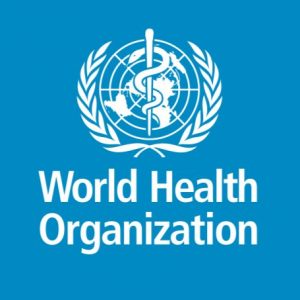 The Director-General of the World Health Organisation, WHO, Dr Tedros  Ghebreyesus, on Thursday said the start of the Olympic and Paralympic Games was a chance to spread hope to the world even as he insisted that the world must unite with “determination, dedication, and discipline” to triumph over the COVID-19 pandemic.

Ghebreyesus who spoke to the International Olympic Committee in the Japanese capital, Tokyo stated that more than any other event the Olympic Games have the power to bring the world together, to inspire, and show what is possible.

The Director-General warned that the world was now in the early stages of another wave of infections and deaths.

Ghebreyesus enjoined countries to embark on a massive global push to vaccinate at least 10 per cent of their populations by September.

“Today, 75 per cent of vaccines have been administered in just 10 countries, he said, while in low-income countries, only one per cent of people have received at least one dose.    The world’s failure to share vaccines, tests, and treatments, including oxygen is fuelling “a two`-track pandemic” between the haves who are opening up, and the have-nots who are locking down.

Describing the situation as a moral outrage and epidemiologically as well as economically self-defeating, Ghebreyesus warned that the longer the inequity persists, the slower the recovery will be.

More transmissions will lead to more potentially dangerous mutations, even greater than the devastating Delta variant.  And the more variants, the higher the likelihood that one of them will evade vaccines and take us all back to square one. “

Continuing, he said the pandemic was a test in which the world was failing.

“COVID has already taken more than four million lives and the toll continues to rise as the number of deaths this year has already more than doubled last year’s total, according to the WHO chief.

“The people of the world are sick and tired; sick of the virus, the lives and livelihoods it has taken. The suffering it has caused, the restrictions, and the disruptions to their lives.

The turmoil it has caused to economies and societies and the dark clouds it has cast over our futures,” he added

He lamented that by the end of the Olympic; more than 100,000 more people may have perished.