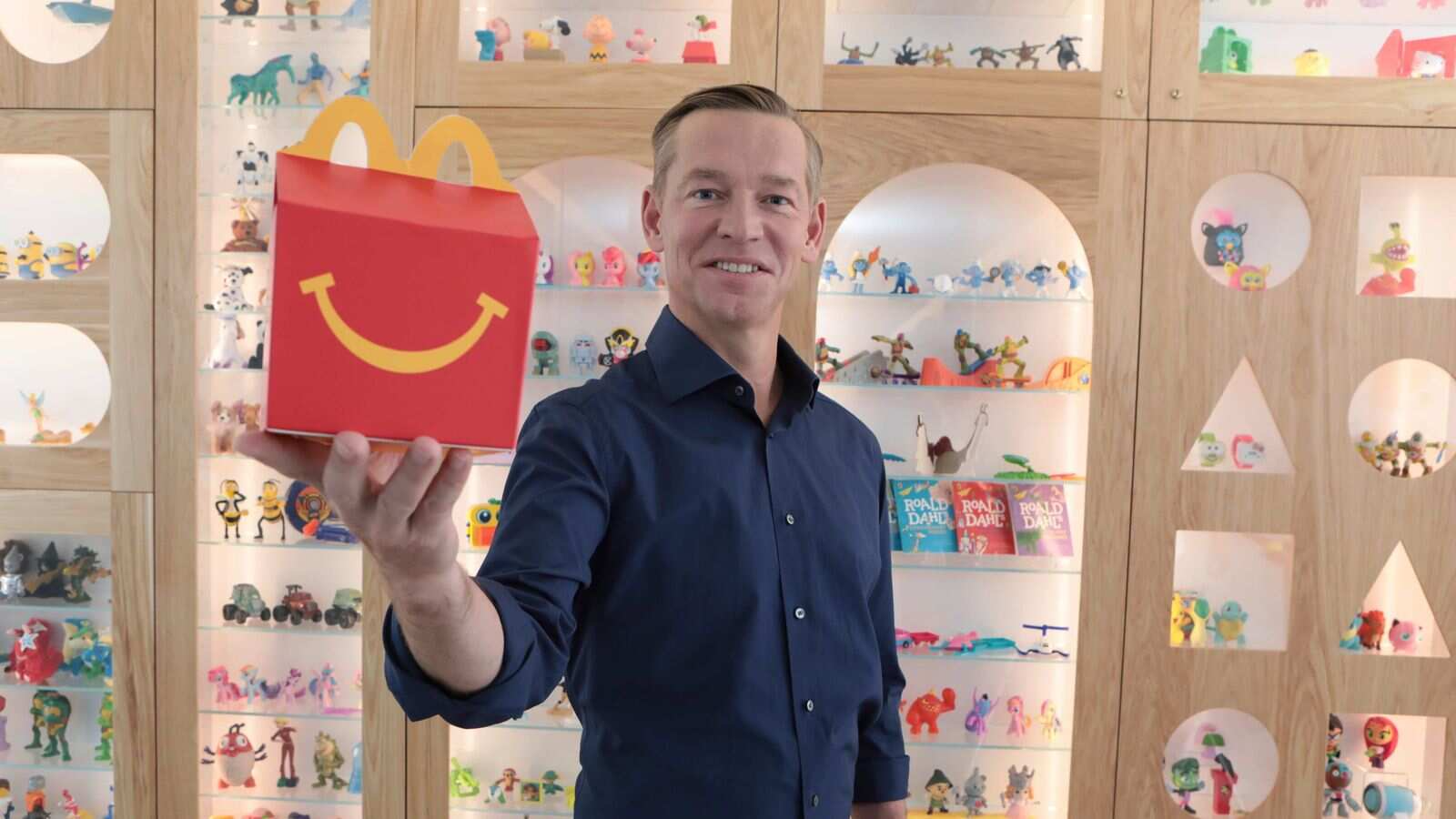 It’s about time. McDonald’s has created a Happy Meal for adults. The Cactus Plant Flea Market Box is just like the ones you always enjoyed as a kid. But instead of it being red, the adult version will be green. It comes with either a Big Mac or 10-piece chicken McNuggets, french fries, and a drink.

Yes They Have Toys

You can’t get a Happy Meal without a surprise inside, whether you’re a kid or a kid at heart. There will be one of four collectible figurines made just for the Cactus Plant Flea Market Box.

“Grimace, the Hamburger, and Birdie are back and are now joined by Cactus Buddy!, exclusively within the Cactus Plant Flea Market Box.”

Craving more? Merch will also be available exclusively on cpfmmcdonalds.com on October 3 for a limited time, while supplies last. There will be a variety of tees, hoodies, and special collectibles.

“We’re taking one of the most nostalgic McDonald’s experiences and literally repackaging it in a new way that’s hyper-relevant for our adult fans,” said Tariq Hassan, McDonald’s USA Chief Marketing and Customer Experience Officer.

The special adult box will be available in all Central New York McDonald’s restaurants, in the drive-thru, by delivery, or on the McDonald’s App starting October 3, while supplies last.

21 Of The Most Famous Foods Created In New York

There seems to be some hot debate over this one, but we’re going to believe the New Yorker Arnold Reuben was the inventor of this tasty sandwich.

Surely you’ve heard of the hotel in New York City called The Waldorf Astoria? Well, this is one of their many staple menu items. Obviously, its creation is tied to the city that never sleeps.

Say what???????? Like any food item, many lay claim to it’s invention. However, most articles you will read point to one place, Harlem. In the 1930s this heavenly dish was invented at the Well’s Supper Club.

Surely this must be wrong, right? It is actually true. In the 1960s, New York City was having a little bit of a Chinese cuisine phase, and General Tso’s was one of the creations to come out of it.

So here is yet another dish that has some argument on creation. The difference here, all of the arguments to be made are from New York City. It is just a matter of which New York City restaurant created it.

Jaw drop over this one? Ours too. But it looks to be true. Out of many stories you can choose to believe, the New York one seems to be the most credible as it mentions creation in Hamburg, NY. Read more here.

This one seems doubtful, right? Well, one New York chef created them as a slimmer version of the United Kingdom’s crumpets.

The birthplace was the St. Regis Hotel in New York City, the drink originally was called the Red Snapper.

If you want a true Baked Alaska, you have to go to where it originated, Delmonico’s Restaurant. No, not the steakhouse we know in Upstate New York, but in New York City.

Yup, created in New York. But not the version you think. The version invented here is the cold lobster roll or lobster salad roll. Still a little baffling, right?

This one is obvious, the world-famous Katz Delicatessen in Lower Manhattan was the inventor.

Some Upstate New York love, potato chips were invented in Saratoga Springs. Often they are also referred to in the Capital Region as Saratoga Chips.

We all pretty much know the story here and how they were invented by mistake late one night in Buffalo at Anchor Bar.

A staple of the Capital Region, although many in other regions of the state have no clue about them. If you’re ever in Troy, they are a tasty and nearly bite-sized treat.

Utica’s staple. In fairness, this should be a dish much more famous outside of Central New York.

It’s in the name.

A Western New York staple, if you’ve never had it, you must try it.