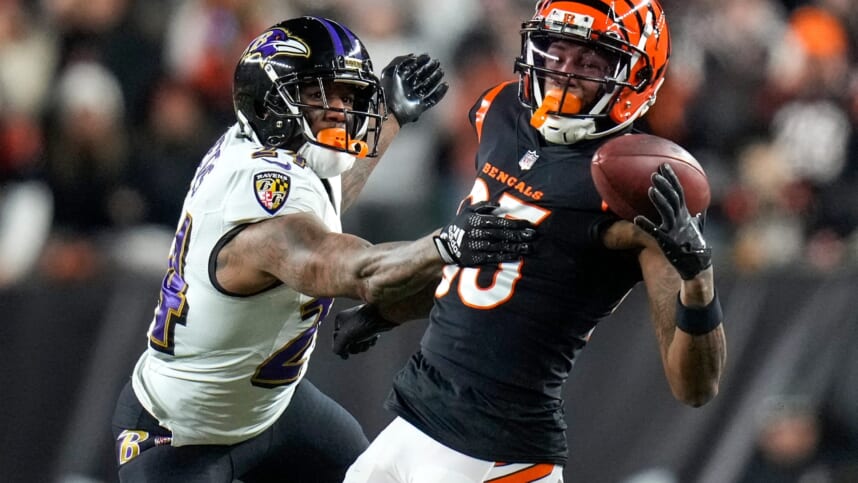 You can point to the power of the Eagles’ offensive line or the relentlessness of their defensive front. You can look at the 49ers’ ferocious and unrelenting defense or their litany of offensive weapons that allows for deadly versatility and multiplicity.

Acquiring Tee Higgins from the Bengals will cost the Giants a pretty penny. Higgins has established himself as one of the premier outside receivers in the NFL, and the Bengals will not be keen on letting him go for a low price. Considering other blockbuster wide receiver trades made around the NFL in recent years, a trade for Tee Higgins could look like this:

The Bears should be in the market for at least one top-tier pass-catcher this offseason. In reality, they need at least two more players who can win one-on-one matchups and make life easier for quarterback Justin Fields.

Cincinnati Bengals wide receiver Tee Higgins is a name that has been floating around Bears Twitter for a few months. The dream is that Higgins, who is under contract for 2024, will ask the Bengals to trade him away from quarterback Joe Burrow and a team that has gone to back-to-back AFC title games, and the Bengals, having fallen into a state of delirium, will send him to the Bears.

It’s a tremendous dream. Higgins is an elite jump-ball receiver who would help open up the field for Darnell Mooney and lighten the expectations for Chase Claypool.

But I fail to see a reality where the Bengals nuke their Super Bowl window by sending one of their three core players to Chicago.