In The Last 14 Months Alone, OnMyWay Has Saved 153 Lives and Prevented Over 23,750 Car Crashes 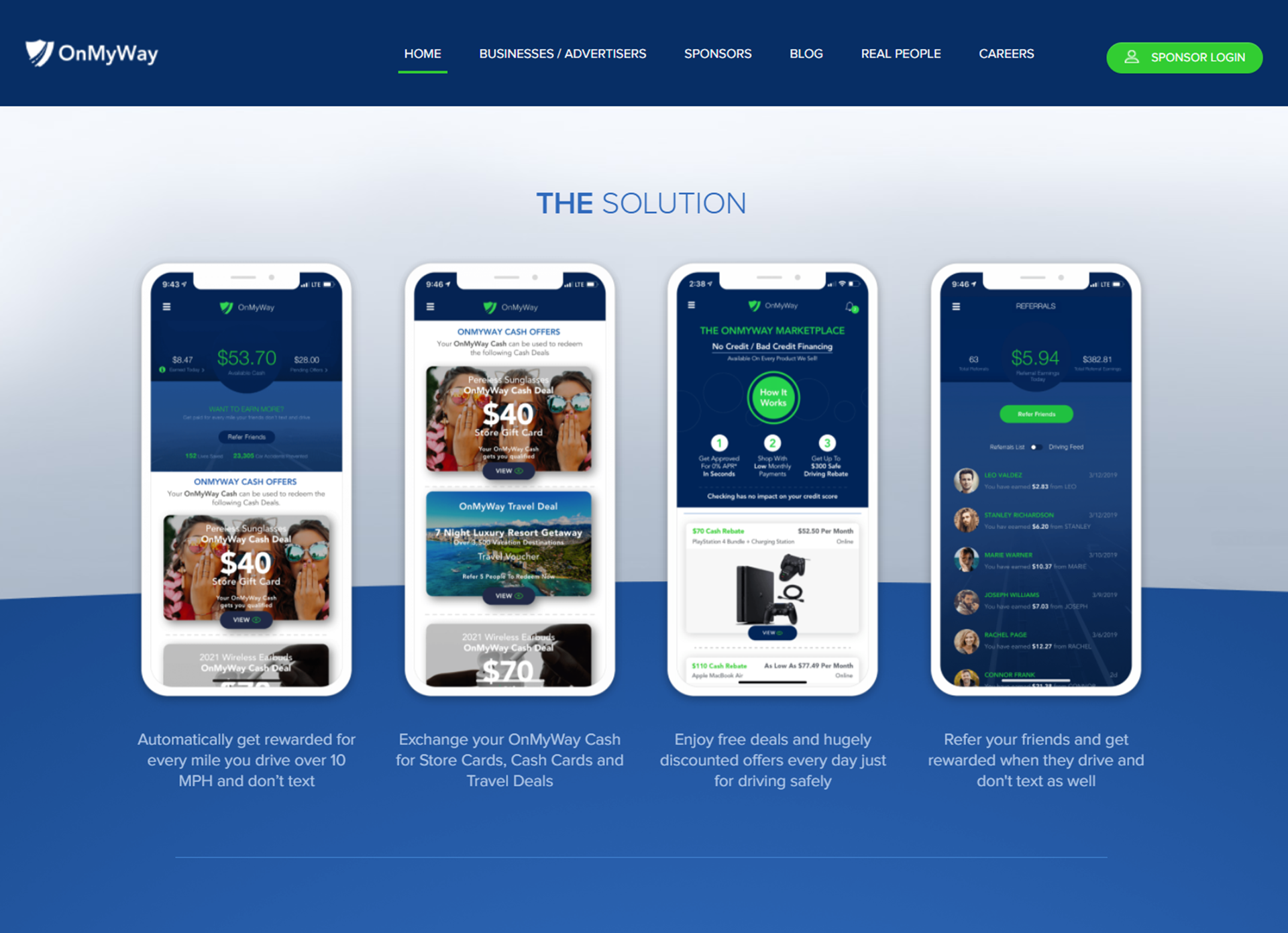 There are plenty of apps and activity trackers that can track your driving, but now there’s one that will actually pay you for the miles you log while driving and not texting.

Distracted driving has reached epidemic levels, and in fact, it’s estimated that one third of all car accidents are caused by distracted driving. While every state in the country has laws on the books to punish those who text while driving, even the toughest laws don’t seem to stop people from looking at their phones while they’re on the road.

That’s where OnMyWay comes in. The app rewards you with OnMyWay Cash for every mile that you do not text and drive. The app works automatically in the background when your car is moving at over 10 miles per hour. Users are able to use their maps, music, and Bluetooth and still get rewarded, as long as their phone is in its locked position.

You also get paid as a passenger and can refer friends, which will earn you additional OnMyWay Cash for every mile they don’t text and drive.

“OnMyWay believes that by giving our users positive rewards, we can end this horrific epidemic that is the #1 cause of death for young people ages 16-25. This just makes sense for our users, our advertisers and our community… Everybody Wins!” said Chloe Palmer, Co-founder of OnMyWay.

Save up enough OnMyWay Cash and you can exchange it for real-life products and services, like Cash Cards, Store Cards, Gas Cards or any other OnMyWay Cash Deals that rotate weekly.