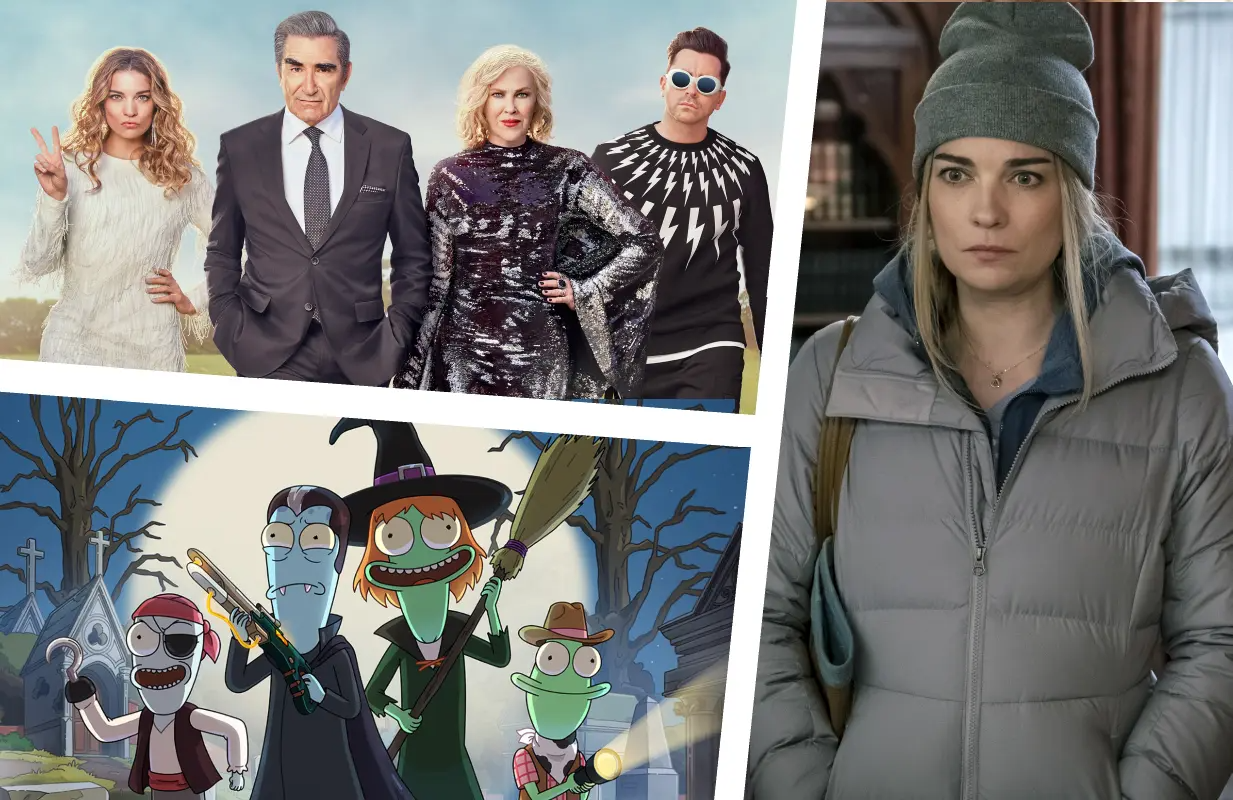 “Solar Opposites” is getting into the Halloween special game with one that looks poised to offer the best spooky season-themed animated fun this side of “The Simpsons” Treehouse of Horror specials. Justin Roiland and Mike McMahan’s adult-oriented sitcom about aliens living in the suburbs has always been jam-packed with wild jokes and freaky sci-fi hijinks, but this episode, in particular, looks extra off-the-wall.

Kevin Can F**k Himself

Series finale. Allison (Annie Murphy) finally comes to terms with what she’s running from and what she’s left behind. The penultimate episode will also air tonight on AMC, with the finale slated for next Monday. Streaming on AMC+

The shocking murder of a 30-year-old woman, Savannah Paschal, by her husband Trent Paschal, is the subject of Lifetime’s first episode of a new true crime show, Meet, Marry, Murder.

Lucky for you, Schitt’s Creek will be available on Hulu to binge watch on your schedule. Laugh along to all six seasons of your favorite (or soon-to-be favorite) comedy show starting Monday, October 3.