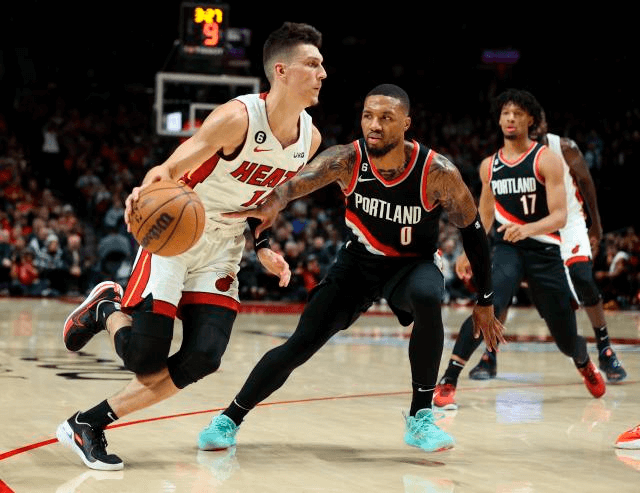 The All-Star for the Portland Trail Blazers seemed to get hurt while jumping over Caleb Martin to attempt a jump jumper. He groaned after landing from the jump shot and looked to step on Martin’s foot with his right foot.
The Trail Blazers declared him ineligible after he eventually exited the game due to calf pain. After the game, Lillard informed the media that his calf “was a little bit tight” and that “it was probably just a strain.”

Lillard, a six-time All-Star, came up limping with just over five minutes to go in the third quarter and headed straight for the locker room. He led all scorers with 22 points against the Heat before he left the game.

The good news is that Lillard indicated the injury wasn’t serious and that he didn’t anticipate missing much time following the game.

He ruled himself out of the club’s home game against Houston on Friday. After that, the squad will have four days off before hosting Memphis on November 2.

The injury, however slight, was scary for the Blazers because Lillard missed 47 games last season with a nagging abdominal injury that required surgery. In the first four games of this season, he finally looked fit and agile.

“It’s early. We’ve gotten off to a good start. Things feel good. I haven’t felt this good since my second or third year,” he said. “Everything that I did this summer is just adding up. I feel fast, I feel strong. I don’t get tired. And I don’t want to lose that. So I’ve got to be patient and I can’t get ahead of myself.”

Portland was the last undefeated team in the Western Conference.