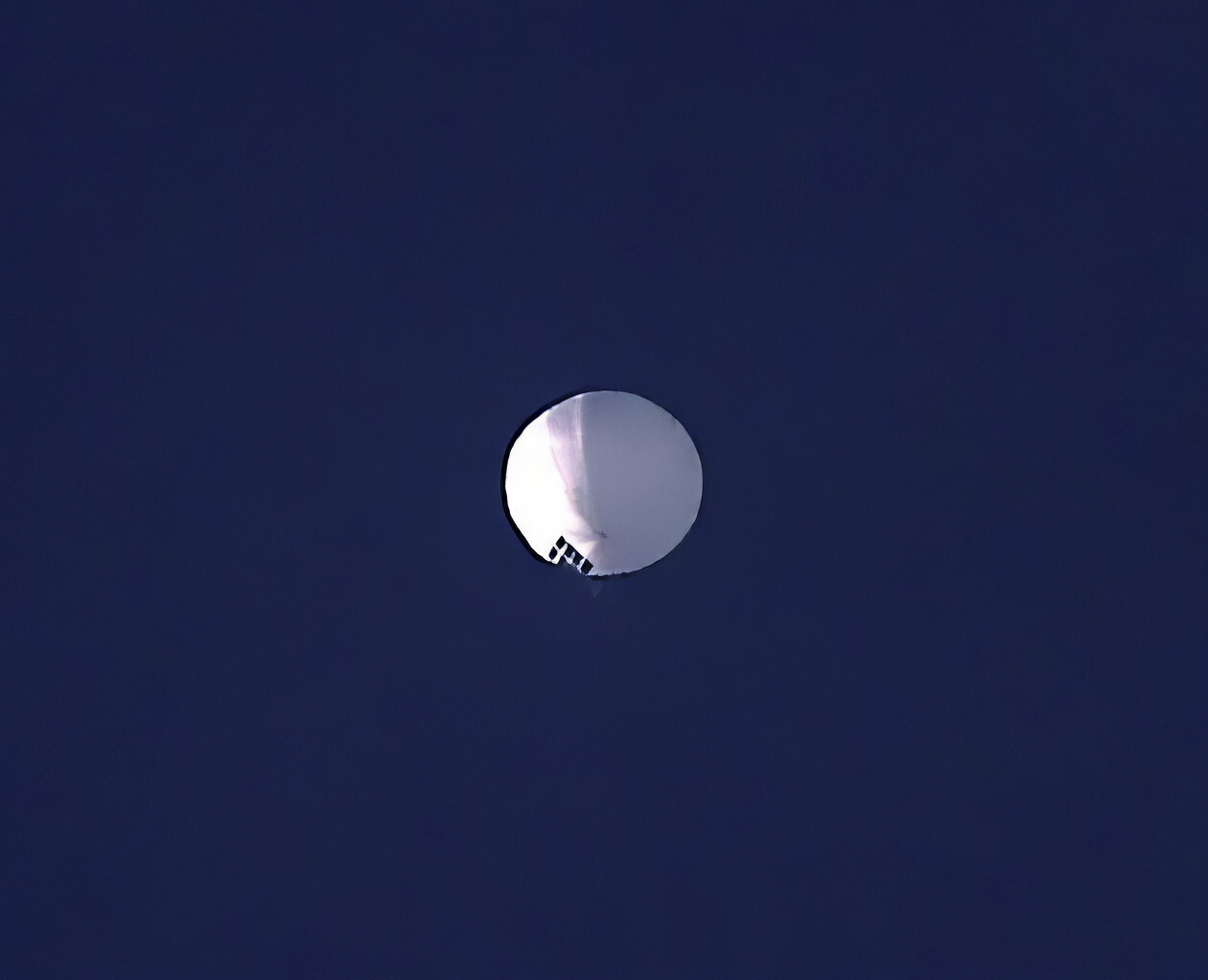 WASHINGTON — The U.S. is tracking a suspected Chinese surveillance balloon that has been spotted over U.S. airspace for a couple days, but the Pentagon decided not to shoot it down due to risks of harm for people on the ground, officials said Thursday.

A senior defense official told Pentagon reporters that the U.S. has “very high confidence” it is a Chinese high-altitude balloon and it was flying over sensitive sites to collect information. One of the places the balloon was spotted was Montana, which is home to one of the nation’s three nuclear missile silo fields at Malmstrom Air Force Base. The official spoke on condition of anonymity to discuss sensitive information.

The US is tracking a suspected Chinese high-altitude surveillance balloon over the continental United States, defense officials said on Thursday, a discovery that risks adding further strain to tense US-China relations.

Pentagon spokesman Brig. Gen. Patrick Ryder said the US government has been tracking the balloon for several days as it made its way over the northern United States, adding it was “traveling at an altitude well above commercial air traffic and does not present a military or physical threat to people on the ground.”

“We are confident that this high-altitude surveillance balloon belongs to the [People’s Republic of China],” the senior defense official said. “Instances of this activity have been observed over the past several years, including prior to this administration.”

While the balloon’s current flight path carries it over “a number of sensitive sites,” the official said it does not present a significant intelligence gathering risk. The balloon is assessed to have “limited additive value” from an intelligence collection perspective, the official added.

The US, the official said, is “taking steps nevertheless to protect against foreign intelligence collection of sensitive information. We are also tracking what abilities it could have in gaining insights, and continue to monitor the balloon as it was over the continental United States.”

Ryder declined to say where the balloon came from, but a senior Defense Department official, speaking on condition of anonymity to discuss sensitive talks, said the Pentagon has “very high confidence” it belongs to China.

The Chinese embassy in Washington, D.C., did not respond to a request for comment.

Biden was briefed and took advice not to shoot balloon down

President Joe Biden was briefed on the situation and asked for military options, said the senior DoD official. Defense Secretary Lloyd Austin convened senior Pentagon leaders on Wednesday while he was traveling in the Philippines, and discussed the possibility of shooting it down.

Joint Chiefs Chair Gen. Mark Milley and Gen. Glen VanHerck, chief of U.S. Northern Command, strongly recommended against bringing it down due to the risk that falling debris could pose a hazard to people on the ground, the senior DoD official said.

The senior defense official mentioned reports from Wednesday about a “ground stop” at Billings Airport in Montana, and the “mobilization of assets, including F-22s.”

“The context for that was, it would put some things on station in the event that a decision was made to bring this down while it was over Montana,” the official said. “So we wanted to make sure we were coordinating with civil authorities to empty out the airspace around that potential area.”

The senior defense official said on Thursday that if the risk level changes, the US “will have options to deal with this balloon.”

We have communicated to [Chinese officials] the seriousness with which we take this issue. … But we have made clear we will do whatever is necessary to protect our people and our homeland.”