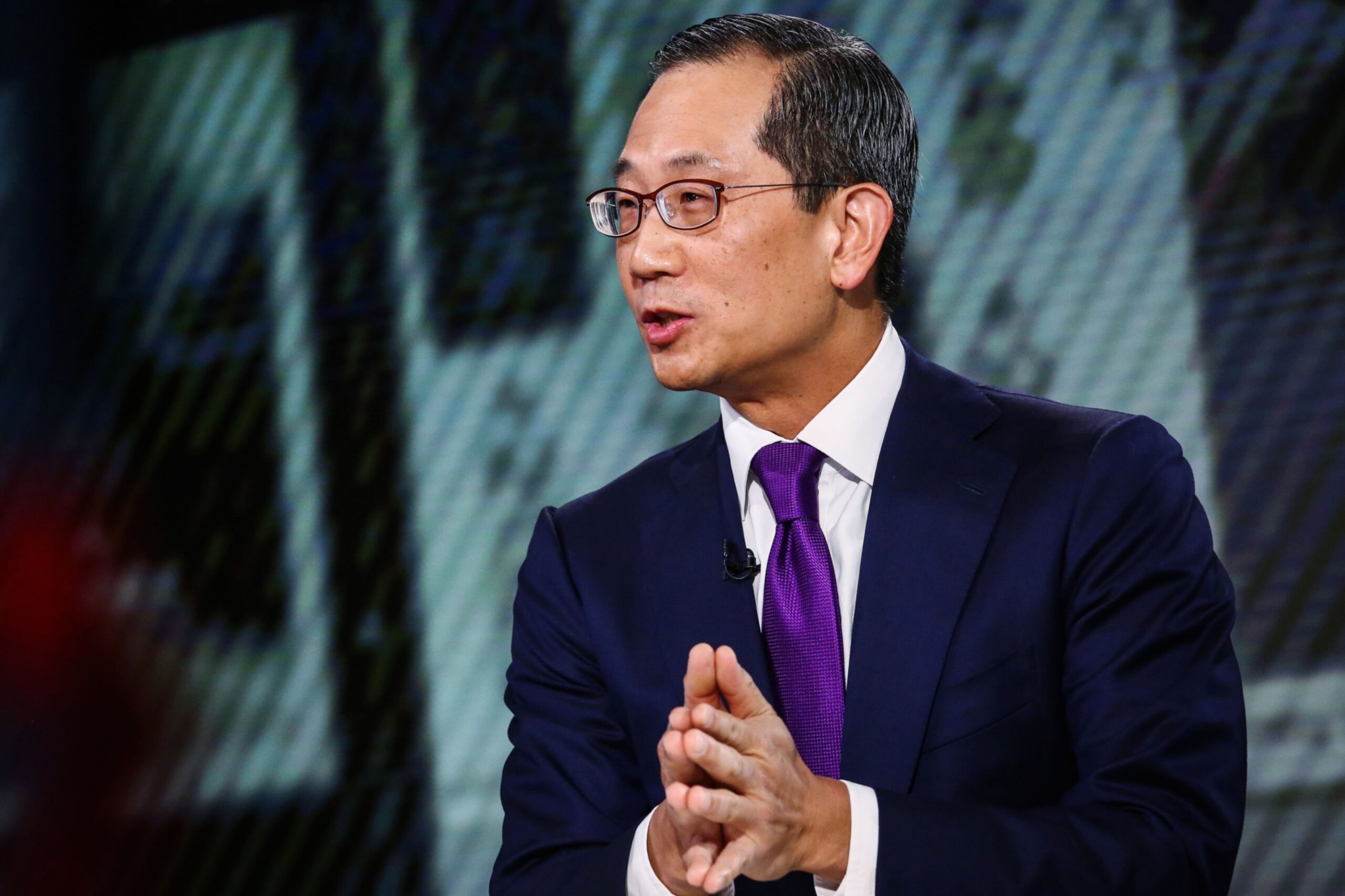 Carlyle Group Inc. said Chief Executive Officer Kewsong Lee stepped down, a setback to the private equity giant’s bid to navigate a generational transition during a period of market turbulence.

Co-Founder Bill Conway, current non-executive co-chairman, will immediately serve as interim CEO during the search for a permanent replacement, the company said in a statement late Sunday.

Lee became the sole boss in September 2020 after a power tussle that led to co-chief executive Glenn Youngkin leaving. Lee’s exit came suddenly and was a surprise to many executives. With his five-year employment agreement due to expire at the end of the year, Lee and board directors clashed over his contract in recent discussions, said a person familiar with the matter.

Both sides agreed to begin a search for a new CEO to lead Carlyle in its next phase of growth, the company said.

Lee has been trying to diversify revenues, make profits less tied to stock markets’ boom-and-bust cycles and lift the stock price. Volatile markets have made it hard for buyout firms to take companies public or sell them at high prices.

In his aggressive attempts to remake the firm, Lee—a former Warburg Pincus dealmaker who joined Carlyle in 2013—made changes that at times put him at odds with the old guard. He tried to knit competing factions and restructure teams to make dealmakers work more closely together. He also staffed the top ranks with new faces and tried to shift the Washington-based firm’s power center toward New York.

Carlyle posted a 34% increase in distributable earnings in the second quarter, as it grew its credit business and boosted fee streams. Still, Lee said at the time that the industry faces an uncertain environment as the Federal Reserve moves to raise interest rates and tackle inflation. Valuations will need to reset before deal activity picks up across the industry, he said.

A newly formed search committee will help find a permanent successor, Carlyle said. The company also formed a CEO office to assist Conway and make a “seamless transition” once a replacement has been identified.