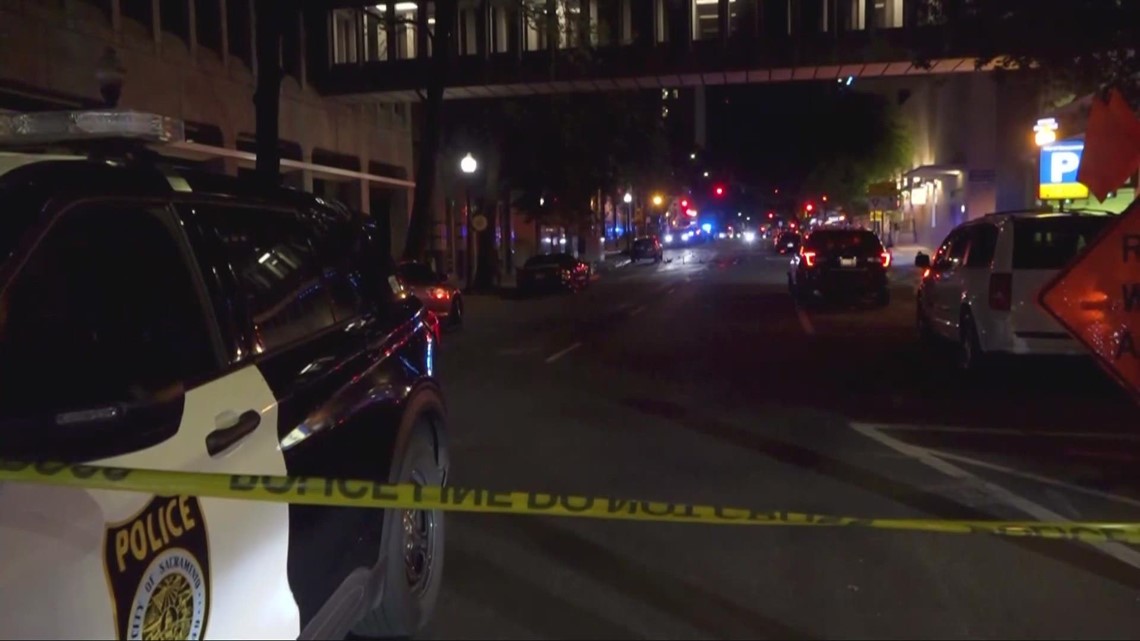 On a Thursday night in May, at least 16 San Francisco police officers responded to a fight underneath a freeway overpass.

Two men were struggling on the ground, one armed with a knife. In body camera footage released by the San Francisco Police Department, officers fired bean bag rounds at the man with the knife and pleaded with him to drop the weapon.

After more than 10 minutes, San Francisco police said later, the man with the knife drew the weapon closer to the other man. Three officers fired pistols and a fourth fired a rifle. Both men were killed.

The San Francisco incident was the latest shooting investigated under Assembly Bill 1506, the 2021 law that compels police departments to turn over investigations of the killing of unarmed civilians to the state Department of Justice.

It was the 17th such investigation launched since July, out of 31 incidents examined, the department said Friday.

Attorney General Rob Bonta was appointed to the vacant AG’s post in March 2021 by fellow Democrat Gov. Gavin Newsom. Now he is up for his first election, facing a slate of candidates further to the political right amid a new national focus on police transparency around their use of force.

Bonta, while in the state Assembly, helped shepherd the bill into law, but his challengers from the right are divided on the law’s effectiveness.

Bonta, who did not comment for this story, has said previously that the law is strengthening accountability and transparency in police shootings.

Nathan Hochman, the candidate with the state Republican Party endorsement, believes the law could lead to an overreach of state power. The candidate furthest to the right, Eric Early, worries that AB 1506 investigations could make police officers hesitate “in the heat of battle.”

In 11 months since the law was enacted, the Department of Justice has not filed any charges against officers out of the 17 cases they have investigated.

That includes the first AB 1506 case, when Matthew James Sova was allegedly threatening people with a pistol-shaped butane lighter on a busy section of Hollywood Boulevard in July. He was shot and killed by Los Angeles police.

A University of California, Berkeley Institute of Governmental Studies/Los Angeles Times survey released Friday found that Bonta maintains a commanding lead among likely voters in Tuesday’s top-two primary, including 38% of voters not affiliated with any party.

Among Republican candidates, Early led Hochman, 16%-12%, with a nine-point lead among likely Republican voters. Schubert, running without party affiliation, had just 6% of the vote among likely voters, the survey showed.

In her role as Sacramento County District Attorney, Schubert decided not to file charges against two officers for the shooting of Stephon Clark, a Sacramento man killed by police in March 2018 while holding a cell phone that officers said they thought was a gun. In fact, she has never charged a police officer after an officer-involved shooting since being elected in 2014.

Schubert came to national attention when she declined to file charges in the Clark case. In the following months, then-California Attorney General Xavier Becerra and the FBI both made the same decision.

But to protesters, Schubert remained the symbol of a system that failed to hold police accountable for the shooting deaths of unarmed civilians.

After the initial Clark protests, Schubert’s office constructed an eight-foot-tall, chain-link fence around the district attorney’s building. Protesters came back, this time to protest the fence. And they brought a piñata of Schubert.

“I’d never had a piñata made (of) my head,” she told CalMatters in April. “And so for me, you have to be willing to recognize that these are difficult conversations, and there’s community anger.”

In January 2019, less than one year after Clark’s death, Sacramento Democrat Kevin McCarty introduced AB 1506. At the time, McCarty said he was dissatisfied when the Department of Justice refused to conduct independent investigations of several police shootings, despite requests from community activists.

Schubert said in April she supported the bill and generally isn’t troubled by taking fatal police shootings out of the hands of the locals.

“I think it’s perfectly fine going to the attorney general as long as you’re getting a full, fair and independent investigation, and things are not politicized,” she said.

He worries that the state could overreach, bulldozing over local authorities.

“These are very tough cases,” Hochman said. “If the state attorney general comes in like a cowboy and decides, ‘I’m just going to do this myself and not cooperate or work with anybody else,’ it’s a bad way to deal with this situation.”

Early, the leading Republican candidate in the UC Berkeley/Los Angeles Times survey, said the law isn’t necessary, since the attorney general can still investigate individual shootings. In the meantime, he said, AB 1506 investigations only serve to slow down officers when they should be thinking fastest.

“Laws such as AB 1506 may plant an additional seed of doubt in an officer’s mind which could cause them to hesitate at a moment when their life may hang in the balance of a split decision,” Early said. “There are often times when a split second decision could mean life or death for the officers involved.”