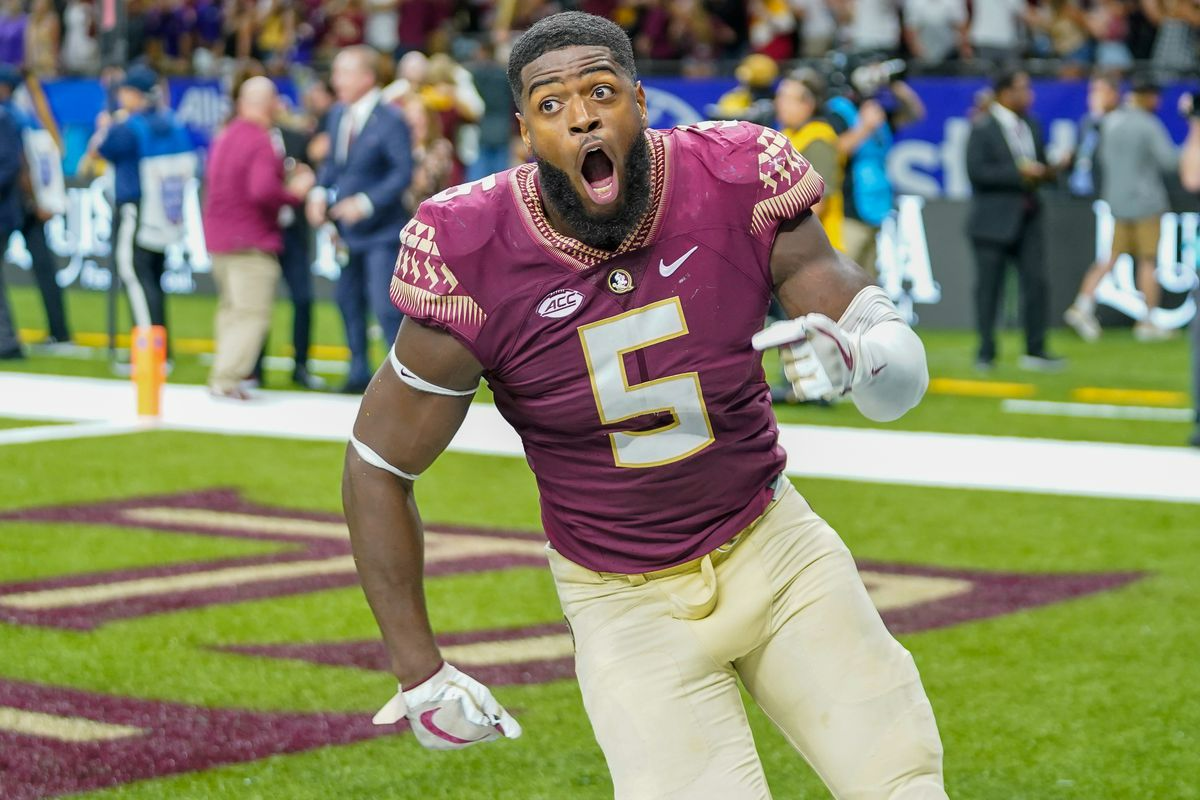 The camera flashes flickered in the crowd and the sound of the Star Spangled Banner playing on a fiddle rang through the stadium in front of a full house of 68,388 fans in the Caesars Superdome as they waited eagerly for the Louisiana Allstate Kickoff on Sunday night.

The Florida State Seminoles and the LSU Tigers faced off for the 10th time in the series and the game lived up to the hype.

To start the game, LSU won the coin toss and chose to receive the ball first. Their first drive started on the 35-yard line and following a 25-yard run from LSU quarterback Jayden Daniels, a late hit from defensive back Renardo Green moved the defense back 15-yards. The Seminole defense was able to hold the Tigers to a 36-yard field goal on their first drive after a forced incompletion and a bad snap over Daniels’ head.

The Seminoles’ first drive took a few plays to get settled in with a penalty both on offense and defense but quarterback Jordan Travis looked accurate and poised with completions to wide receiver Johnny Wilson and tight end Camren McDonald. However, the Noles were unable to make it into the end zone and kicker Ryan Fitzgerald missed the field goal from 48-yards.

In the first quarter, the receivers were reliable enough to move the chains on critical 3rd downs which is what some people said would make the difference in this game. McDonald had two crucial conversions with the longest pass going to Johnny Wilson for 14-yards. It wasn’t enough to put points on the board but the defense held strong with half sacks by Dennis Briggs and Kalen DeLoach. DeLoach ended the half with five solo tackles that came in key moments.

The first score for the Seminoles was a 39-yard reverse touchdown pass to Ontaria Wilson giving the Noles their first lead of the game. With the offense cooking, it seemed the weak point was the kicking game giving the Tigers a favorable field position on multiple possessions throughout the game.

LSU’s offense in the first half seemed to only be able to move the ball by Jaiden Daniels’ legs while leaving his receivers wide open on islands. In the red zone, major tackles for loss by Renardo Green and Fabian Lovett who were able to get in the backfield consistently, and Jared Verse shut down a Tiger’s field goal attempt by tipping the ball as he leaped above the pile.

Mike Norvell called a few interesting timeouts in the first half, one at 3rd and 5 and another following a big run by LSU quarterback Daniels. Both of them seemed to help the team get organized because the defense shut down the Tiger’s drive and the offense was able to convert. Tight end Wyatt Rector recovered a muffed punt but the offense was unable to turn it into points after failing on a 4th and two.

Jordan Travis went 9-15 for 110-yards and a touchdown in the first half. Jared Verse and Derek McLendon provided the pressure needed off the edge and the defense finished the half with a sack.