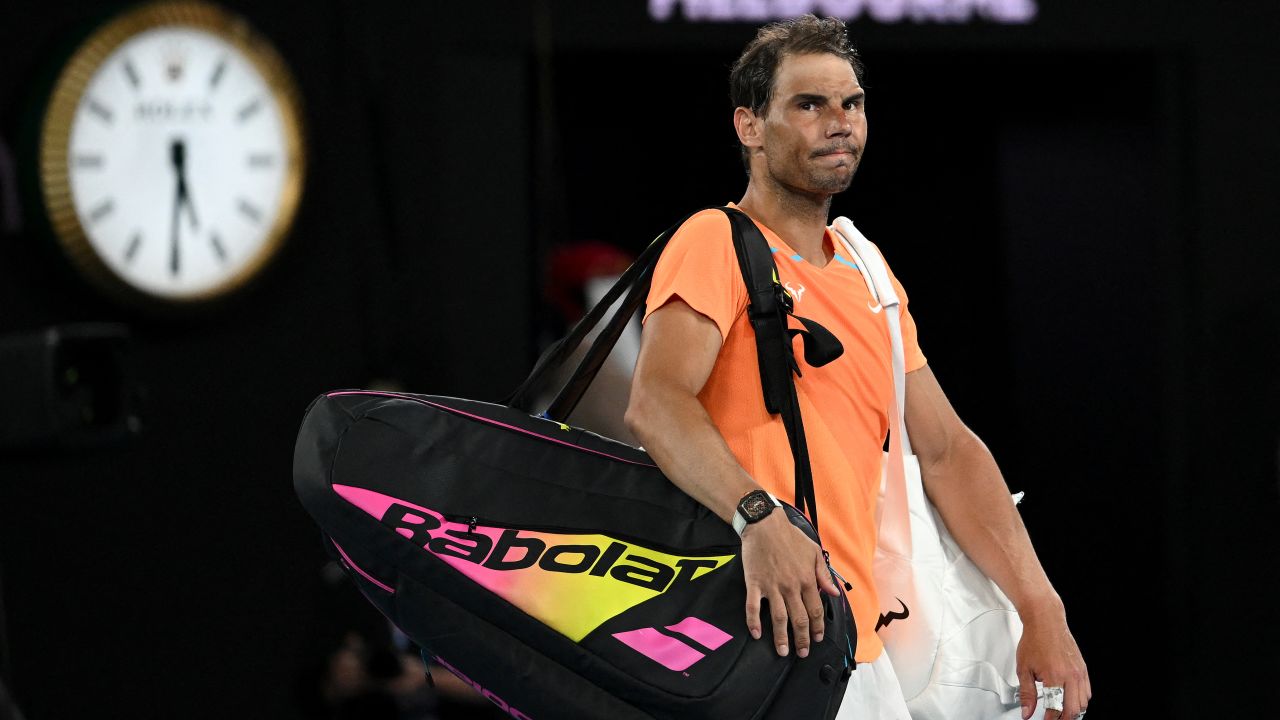 Images of Rafael Nadal making his way off the court with an injury have unfortunately become an all too familiar sight for tennis fans.

Nadal’s defense of his Australian Open title came to a premature end on Wednesday, as the 22-time grand slam champion was knocked out in the second round by American Mackenzie McDonald.

Nadal was struggling with what looked like a hip injury throughout the match and at one point in the second set pulled up sharply in considerable pain, before eventually needing treatment.

On Thursday, Nadal said an MRI scan had revealed the hip injury could keep him out of competitive action for up to two months.

“I did some medical tests after the loss yesterday,” Nadal said in a tweet. “The MRI showed that I have a grade 2 injury in my left iliopsoas. Now comes some rest from sport and anti-inflammatory physiotherapy. Normal recovery time is 6 to 8 weeks.”

It’s a testament to Nadal’s remarkable tenacity and strength of will – characteristics that have come to define him and his incredible career – that he refused to withdraw from Wednesdays’ match, instead choosing to limp on until the end.

Such is the Spaniard’s determination and apparent tolerance to pain, he somehow still made the match a tough contest for McDonald, who eventually won 6-4 6-4 7-5 in two hours and 32 minutes.

Cameras in the tunnel captured Nadal looking emotional as he trudged back to the locker room after the match, later saying defiantly that withdrawing was never on his mind.

“It’s better like this at the end. I lost, nothing to say, congratulate my opponent. That’s the sport at the same time – just try your best until the end.”