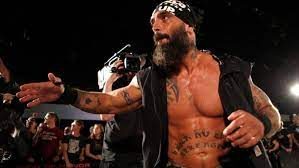 All Elite Wrestling owner and CEO Tony Khan, who purchased Ring of Honor wrestling in March 2022, announced Briscoe’s death in a statement shared on Twitter on Tuesday.

“Sadly, Jamin Pugh has passed away. Known to fans as Jay Briscoe, he was a star in ROH for over 20 years, from the first show until today,” Khan wrote. “Jay and his brother Mark dominated ROH, reigning as champions to this day. We’ll do whatever we can to support his family. Rest In Peace Jamin.”

Briscoe joined ROH wrestling in 2002 alongside his brother Mark, forming the successful tag team duo known as “The Briscoe Brothers.” Briscoe, who was 18 at the time, and Mark, who was 17, have competed since the company’s first ever show.

“It is with a heavy heart that we mourn the tragic passing of Jamin Pugh, known to wrestling fans around the world as Jay Briscoe,” All Elite Wrestling wrote in a statement. “Our thoughts are with his family, his friends, and his fans.”

The Briscoe Brothers are considered the greatest tag team duo in ROH history. The Briscoe Brothers held the ROH World Tag Team Championship title a record 13 times for a combined 1,413 days. They recently won the tag team title back in December in a Double Dog Collar match against FTR’s Cash Wheeler and Dax Harwood.

“I’ve been in tears since I heard the news. I just don’t have the words. Rest in Peace Jay,” Wheeler tweeted on Tuesday evening. Harwood shared a photo of The Briscoe Brothers and FTR sharing a drink in the locker room together: “I love you, Jay.”

Tributes continued to pour in from the wrestling community.

Paul ” Triple H” Levesque described Briscoe on Twitter as “an incredible performer who created a deep connection with wrestling fans across the globe.”

“I was honored to work with him many times,” Hardy tweeted. “I loved Jay. Jay was SO real. Jay loved his wife & kids more than anything & we shared that bond. I’m heartbroken for his family.”

Briscoe and his brother Mark were inducted into the inaugural class of the ROH Hall of Fame last year.

“The Briscoes are not solely defined by their impressive championship resume, however. They have been the heart and soul of ROH and emblematic of the company’s standard of excellence inside the squared circle,” ROH said of the duo in their HOF induction. “Whether they were wrestling in front of a couple hundred fans at a rec center or a sold-out crowd at Madison Square Garden, Jay and Mark Briscoe sacrificed their bodies and gave everything they had to ensure the fans got their money’s worth.”