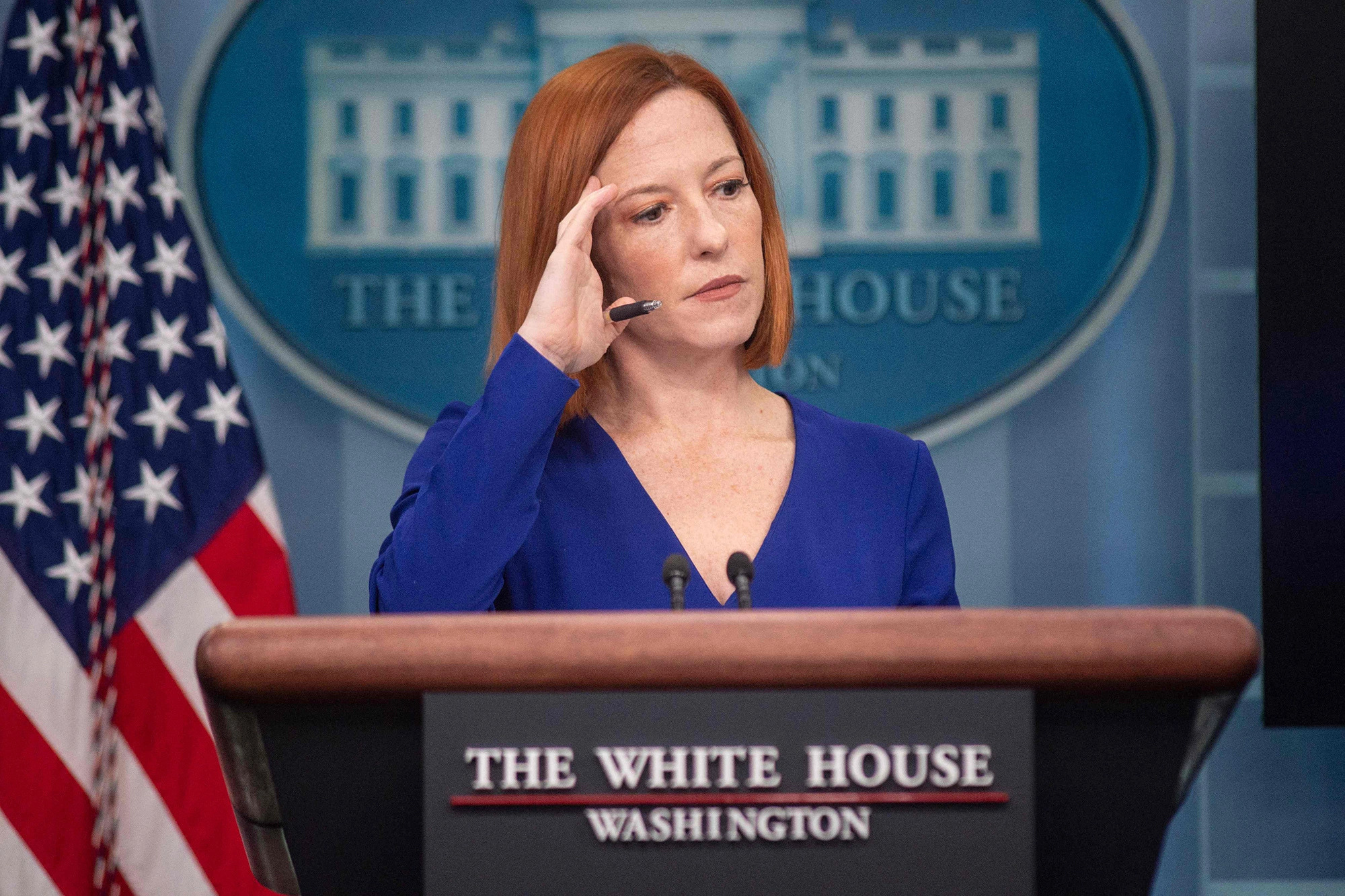 White House press secretary Jen Psaki will leave her job this spring and join MSNBC as a pundit and host of her own show on the streaming service Peacock, a person with direct knowledge has confirmed. Axios first reported the news on Friday.

The White House had no announcement to make about Psaki’s future.

“We don’t have anything to confirm about Jen’s length of planned service or any consideration about future plans,” a White House official said. “Jen is here and working hard every day on behalf of the President to get you the answers to the questions that you have, and that’s where her focus is.”

In her role at the helm of the White House press briefings, Psaki is among the Biden administration’s most visible staffers and its first line of defense against questions from the press. She has been known for subduing hostile questions in the briefing room while returning a measure of respect and decorum to relations with the press.

Her consistent presence at the podium was made more notable in the wake of the Trump administration, which had all but halted regular press briefings by the end of former President Donald Trump’s term.

This is not Psaki’s first round serving in a Democratic administration. Psaki served in the Obama administration as White House communications director and as State Department spokesperson.

Psaki was originally expected to remain in her current job for one year, but has remained past that mark. She has been absent from the podium this week after testing positive for the coronavirus for a second time.

Psaki returned to the podium Friday and faced ethics questions

Psaki would not confirm the new role during a White House press briefing on Friday, where she was asked by reporters, including Kristen Welker of NBC News, about possible ethical conflicts.

“I have nothing to confirm about my length of public service or planned service, or anything about consideration about next plans,” Psaki said when asked about the reports she was leaving for the MSNBC role. “And my focus every day continues to be speaking on behalf of the president, answering your questions — as tough as they may be at many times, as difficult as they may be to answer at many times. And I hope that I meet my own bar of treating everybody with fairness and being equitable.”

When asked if it was ethical to continue conducting her job while negotiating for a media job, Psaki said:

“I have always gone over and above the stringent ethical and legal requirements of the Biden administration. And I take that very seriously. And, as a standard for every employee of the White House, I have received rigorous ethics counseling, including as it relates to any future employment. I’ve complied with all ethics requirements and gone beyond and taken steps to recuse myself from decisions as appropriate.”

She asked the White House correspondents to “judge me for my record.”

Welker then asked, “How is it ethical to have these conversations with media outlets while you continue to have a job standing behind that?” And also if it is White House policy to allow staffers to have “discussions even indirectly with institutions that impact and affect their jobs.”

“It is the policy of this White House to ensure that anyone who is having conversations about future employment does so through consultation with the White House Counsel’s Office and… ensuring they abide by any ethics and legal requirements. And those are conversations that I have taken very seriously and abided by every component of,” Psaki said.

It is not unusual for White House communications staff to parlay their White House jobs into lucrative television contracts. Psaki herself worked for CNN as an analyst during the Trump years.

Possible replacements for Psaki at the podium include her deputy, Karine Jean-Pierre, and White House Communications Director Kate Bedingfield, both of whom have briefed the press in Psaki’s absence. There have also been rumors suggesting Pentagon Press Secretary John Kirby as a replacement.