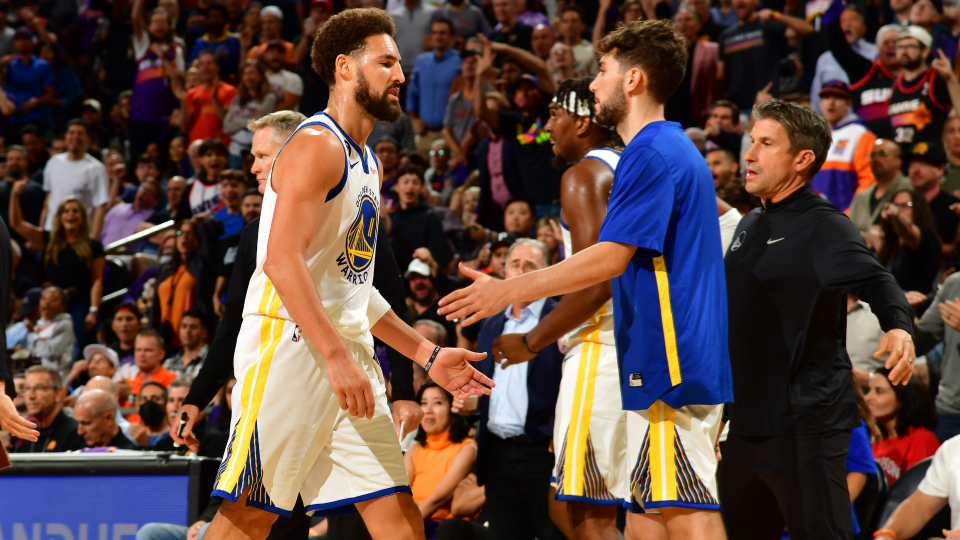 Warriors guard Klay Thompson was ejected for the first time in his career after picking up two consecutive technical fouls during a chippy third quarter in Golden State’s 134-105 loss to the Phoenix Suns on Tuesday night.

Although it’s only the fourth game of the 2022-23 season, Tuesday’s contest between the Golden State Warriors and Phoenix Suns brought playoff intensity.

Throughout the game, Devin Booker and Klay Thompson appeared to be chirping back and forth with each other. After Thompson blocked Booker’s jumper, their chatter began to escalate.

As Booker and Thompson’s back and forth continued, the pair of All-Star guards received double technicals. The animated Thompson quickly picked up his second technical and was ejected from the contest with 6:31 remaining in the third period. Before being sent to the locker room, Booker continued to have words with Phoenix’s bench.

After spending nine seasons in the association, Tuesday marked the first time Thompson was ejected from a game in his NBA career.

Thompson left the contest with two points on 1-of-8 shooting from the field with two assists and a block in 19 minutes.

The ejection was the first of Thompson’s career and came at an inopportune time against one of the Western Conference’s best teams.

Thompson’s absence certainly will be felt, with the Warriors down by 19 points heading into the fourth quarter.