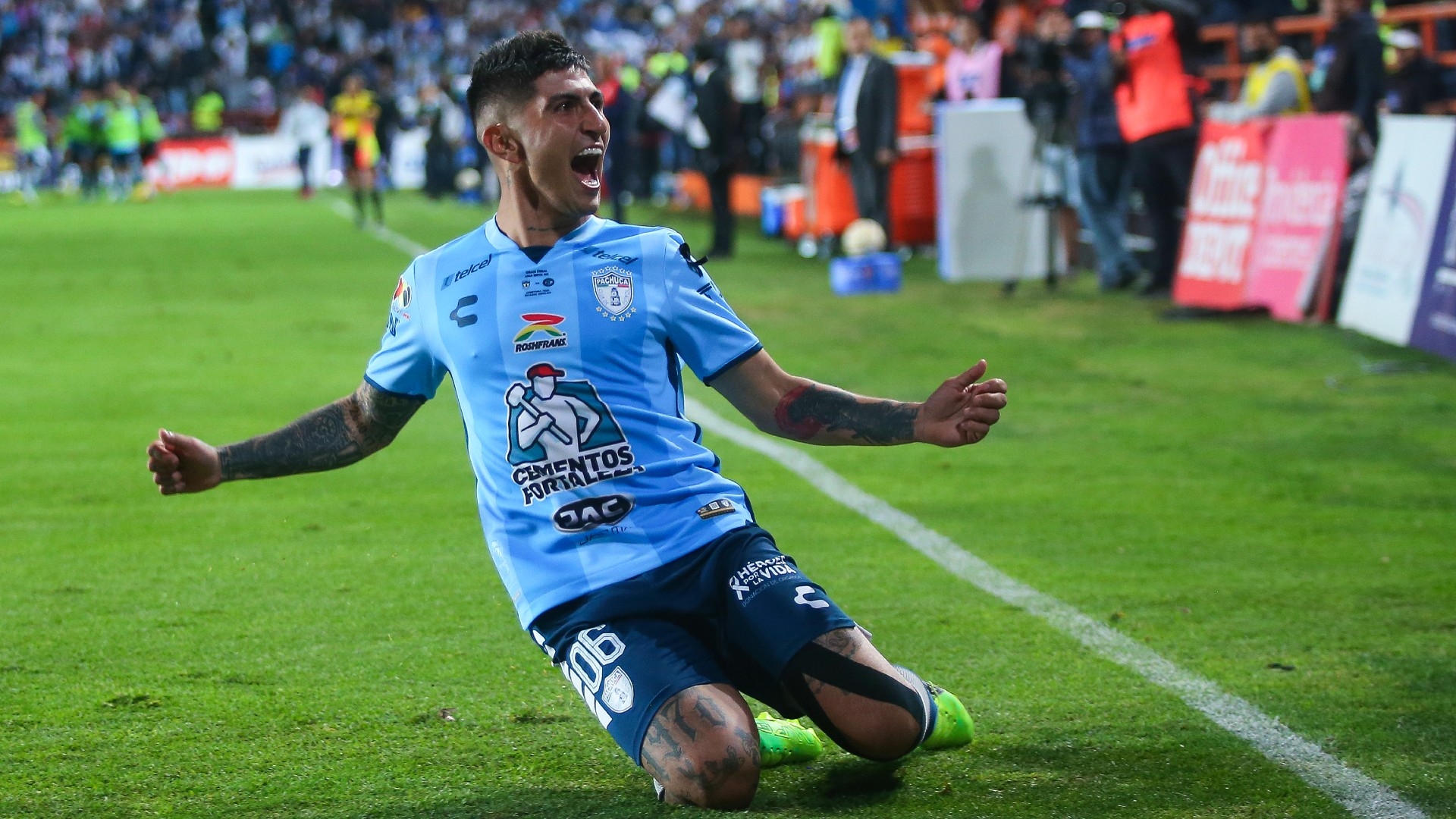 Sunday’s Liga MX finale was little more than a coronation. The result, essentially, was already in hand for Pachuca, who blasted Toluca 5-1 in the away leg to all but seal the Apertura title.

And, in many ways, it continued as it began. More Pachuca goals, more Toluca heartbreak and, ultimately, no real surprise as the coronation was completed in emphatic fashion.

It was a party at the Estadio Hidalgo as Pachuca sealed their seventh Liga MX title and second in the last six years. It finishes 3-1 on the day and 8-2 on aggregate, an absolute destruction on the highest level in what was supposed to be a clash of Liga MX’s best.

For a little while, there was hope that somehow, someway, Toluca could make a game of it. They did score first, but then the wheels fell off.

Pachuca scored the next two, with Víctor Guzman finishing after a penalty miss by Nicolas Ibanez in first-half stoppage time. Ibanez made amends, though, six minutes into the second half with his side’s second. Gustavo Cabral’s finish from the spot just put the result even further out of reach than it already was.

It all ended as expected: with Pachuca lifting a trophy. And no one can say they didn’t deserve it after an absolutely incredible Liguilla push capped by a near-perfect performance over the two-legged final.

After suffering heartbreak in the last Liga MX final, Almada and Pachuca got it done this time. As a result, Almada’s stock continues to soar within Mexican soccer.

The Uruguayan manager has been linked with the Mexico national team job in recent months, with Gerardo ‘Tata’ Martino’s hold on the job very much depending on the World Cup. And, based off what we’ve seen with Pachuca, there may not be a better candidate than Almada should El Tri move on.

He’s developed young stars and built a system, all while working with a club that has far from the biggest budget in Mexico. Almada is the type of manager that gets the most out of his players, and he sure got a lot out of them over this two-legged final.

After suffering final heartbreak in the past, Almada now has the trophy to his name and it may not be his last, whether it comes with Pachuca or elsewhere should a major job come calling.

For one second, one split second, it looked like something could happen.

Toluca was up 1-0, down 5-2 on aggregate. Thiago Volpi dove to save Ibanez’ penalty, seemingly giving his side a bit of momentum even as they were down three goals. Weirder things have happened, right? Could Toluca do it?

Seconds later, the ball was behind Volpi and in the back of the net. Guzman’s goal was the real backbreaker, the dream-killer for any lingering hopes of a miraculous comeback.

As a result, the second half lacked any sort of juice to it. The hope was simply that players would avoid injuries. There was a certain formality to it, even if Pachuca were eager to run up the scoreline a little bit just in case.

Who knows what Toluca could have done in the second half if Guzman had not scored. But, given what we saw over these 180 minutes, it probably wouldn’t have much as there was little they could do to stop Pachuca’s rise.

Yes, he did miss a penalty, but that won’t matter. Ibanez was that good.

Ibanez is the focal point of this team’s attack, and he made that attack shine throughout this run. He got a deserved goal in this finale, even after flubbing the penalty, putting a cap on what was a wonderful season for the player and the club.

He was far from the only Tuzos player to step up in this recent run, but give Ibanez his flowers for all he’s done throughout this season.

Getting to the final is a massive, massive achievement for Toluca. Manager Nacho Ambriz really did work wonders with this team.

They won one of their last seven before the playoffs before really turning it on in the Liguilla, crushing FC Juarez, outscoring Santos Laguna and then stunning Club America on their way to this finale. That was fantastic.

What wasn’t fantastic was how it all ended. Toluca will be able to accept defeat in a final that no one expected them to reach. What they probably can’t accept is how it all played out.

Conceding eight goals over two games will be painful as Toluca were never really even in contention to win this final. They were scored on early and often. They never even had a chance.

Hopefully, that won’t be what’s remembered about this run, although it probably will be. It was a historically lopsided final that will likely be remembered as exactly that.

And that’s unfortunate for Toluca, who did so well to get this far before stumbling in a big way.

Building stars is part of Pachuca’s identity. Their last title in 2016 featured players like Hirving Lozano, Erick Gutierrez and Rodolfo Pizarro, young stars that went on to represent Mexico in big tournaments at high levels.

It remains to be seen what happens to this current crop of young players, but its safe to say that they have a bright future after this triumph.

And then there’s 21-year-old Mauricio Isais, who grew up in a big way throughout this season. He scored a goal in the first leg and went the full 90 this time around, as did the two 23-year-old stars mentioned above.

The club’s future is in good hands, should they be able to keep their up-and-comers. Sanchez, Alvarez and Isais may soon earn suitors, especially as all three now have a major trophy on their resume.