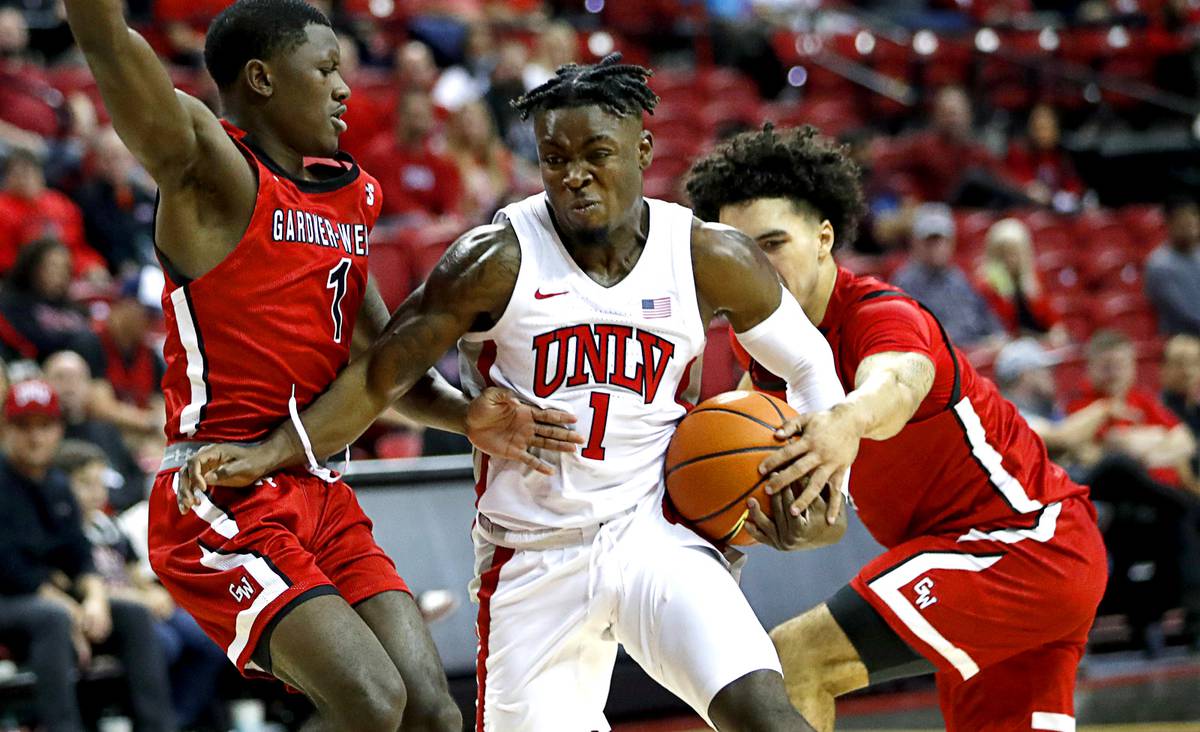 The great reveal took place Wednesday night, the first chance for new coach Kevin Kruger to run his own program and for a roster with nine transfers to make its own statement.

UNLV was fortunate the opponent was Gardner-Webb.

The Rebels missed and missed and missed, but because Gardner-Webb had its own shooting difficulties and couldn’t pull away. UNLV finally was able to pull out a 64-58 victory in the season opener at the Thomas & Mack Center.

Kruger, the point guard on the Rebels’ 2007 team that made the Sweet 16 of the NCAA Tournament, said it was a noticeable difference being an assistant and the head coach.

“I was over there pacing,” Kruger said. “I didn’t know whether to sit down or what to do for a minute. Playing (for UNLV) was easy. You just went out and ran around.”

Forward Royce Hamm had a double-double by early in the second half for UNLV, and he finished with 18 points and 17 rebounds as well as four blocked shots. Guard Bryce Hamilton led the Rebels with 22 points on his 21st birthday.

“Even though we didn’t have our best game, I felt like we showed a lot of fight and found a way to win,” Hamilton said.

Regardless of how it looked, the Rebels will take the victory, the first for Kruger as a head coach. He was elevated from assistant after T.J. Otzelberger left for Iowa State after last season.

“It was big to get a win for him the first time as a head coach,” Hamm said. “I love the connection we have with him.”

Kruger’s dad, Lon, had the last sustained run of success at UNLV when he coached from 2004-11, reaching the NCAA Tournament four times.

Whether the son can reach those kinds of heights remains to be seen. He took over a program that needed to cobble together a roster. He’s still searching for a rotation and likely will be experimenting for some time.

Kruger often substituted four players at a time, though he said that was more in an effort to create pressure than find the ideal lineup.

He’ll need to find better shooting after UNLV made just 1 of 17 3-pointers in the first half. The Rebels shot fewer 3s in the second half, but their accuracy didn’t improve much in going 2-for-25 overall.

But, in the end, the Rebels got the victory.

“I think coming into the game, we kind of thought it was going to be a little easier than it was,” Hamm said. “They hit us in our mouth, and we found a way to come back and respond.”

Senior guard Jordan McCabe did not play. He was suspended by the NCAA for a game for participating in an unsanctioned event.