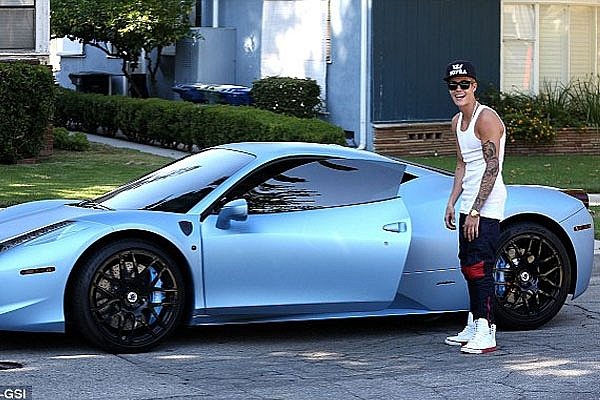 The Canadian pop star Justin Bieber has been blacklisted by Ferrari for violating the carmaker’s code of conduct by changing his vehicle’s colour to neon blue.

The company, based in Maranello, Italy, has strict rules to ensure the prestige of its brand. In addition to giving his white Ferrari 458 Italia F1 edition a neon-blue wrap, the singer lost the car for weeks in a Los Angeles car park after a long night of partying in 2016. Bieber, 28, also committed the cardinal sin of putting his Ferrari up for a charity auction.

“That’s an immediate red flag for Ferrari as the brand treats it as sacrilege,” the site added.