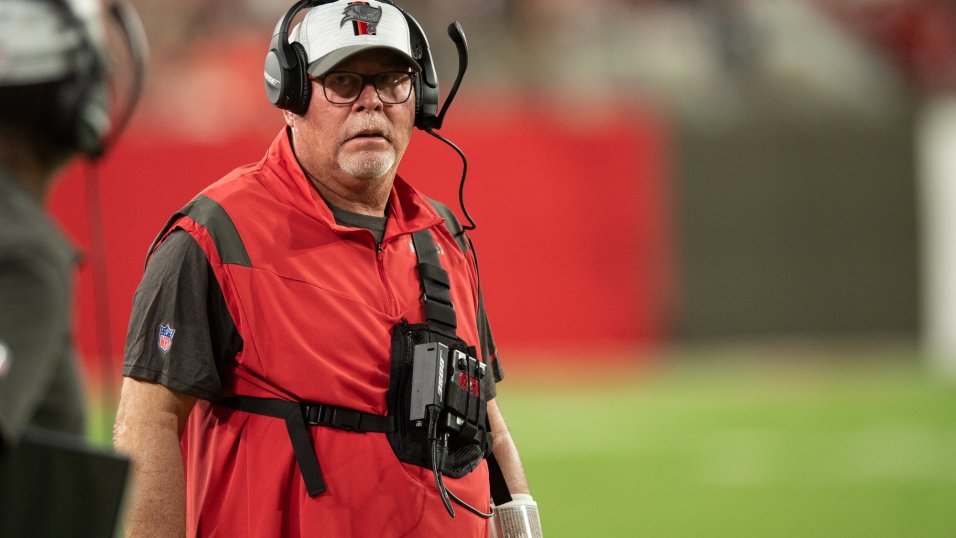 Bruce Arians, who coached the Tampa Bay Buccaneers for the past three seasons and led the team to a Super Bowl title, will become a consultant in the team’s front office, the team announced Wednesday night. Todd Bowles, Tampa Bay’s defensive coordinator, will replace Arians as head coach.

Arians, who is a cancer survivor, said in a statement that his surprise decision to step down was not related to his health. He told his coaching staff and players about the move on Wednesday evening after departing early from the annual N.F.L. meetings in Palm Beach, Fla.

“I have accomplished more than I ever dreamed I could during this incredible coaching journey,” Arians said. “For me, this is about more than just trying to add more wins to my coaching record.”

Arians’s move comes just a few weeks after quarterback Tom Brady changed his mind about retiring and decided to return to the Buccaneers for a third season, his 23rd in the N.F.L.

Bowles, who is Black, will become the sixth head coach of color at a time when the N.F.L. is under criticism for not doing enough to promote diversity its coaching ranks.

Arians is well known for promoting coaches of color during his career. In Arizona, he created a fellowship that paid former players who were from groups underrepresented in the coaching ranks to coach for up to two years. In Tampa, his offensive, defensive and special teams coordinators were all Black.

“It’s the guys you know and trust, people who haven’t gotten opportunities who deserve them,” Arians told that in 2019. “Our job as coaches is to create that next generation of coaches.”

Arians, 69, said he began thinking about his “personal transition plan” earlier this off-season and had been in discussions for a few weeks with General Manager Jason Licht and the Glazer family, which owns the team. He wanted to ensure that Bowles, who played for Arians at Temple University and served as Arians’s defensive coordinator for both the Buccaneers and the Arizona Cardinals, would have “the best opportunity to succeed.” This will be the second full-time N.F.L. head coaching opportunity for Bowles, who went 24-40 in four seasons with the Jets.

“So many head coaches come into situations where they are set up for failure, and I didn’t want that for Todd,” Arians said. He added that Brady’s decision to return to the Buccaneers, as well as Licht keeping the team’s core intact during free agency, “confirmed for me that it was the right time to pass the torch to Todd.”

As an N.F.L. head coach, Arians was 80-48-1, a .624 winning percentage. In eight seasons leading the Indianapolis Colts, on an interim basis, the Cardinals and the Buccaneers, four of his teams qualified for the postseason. The Buccaneers won the Super Bowl title during the 2020 season, Arians’s second in Tampa.

Arians, whose departure was first reported by The Los Angeles Times and NBC Sports’ Peter King, was criticized for his handling of wide receiver Antonio Brown during his Tampa tenure. Arians said Brown, who joined the Buccaneers in 2020 after serving an eight-game suspension for his role in a dispute at his home and for sending threatening texts to a woman who had accused him of sexual misconduct, would be given no second chances. But Brown continued to make waves by, among other things, apparently misrepresenting his vaccination status. When Brown was not cut, Arians was questioned about whether he backtracked on his commitment to take a hard line.

This season, Brown stormed off the field in the middle of a game against the Jets and left the team. Brown and Arians offered differing explanations for the episode.

Arians began his coaching career in 1975 at Virginia Tech before moving to Mississippi State, Alabama and Temple, where he was the head coach for six years. His first N.F.L. coaching position was with Kansas City in 1989, as the running backs coach.

He was a tight ends coach with the New Orleans Saints before returning to college coaching, later becoming the Colts’ quarterbacks coach when Peyton Manning arrived in 1998. After three seasons, he moved to Cleveland, where he was the offensive coordinator of the Browns, then spent eight years with the Pittsburgh Steelers during the team’s two Super Bowl championship runs.

Arians retired from the Cardinals after the 2017 season, citing health issues, before returning after a year away to lead the Buccaneers. Brady joined the team a year later, in 2020, after leaving the New England Patriots as a free agent. Arians said winning Super Bowl LV that season, his first championship as a head coach, “was really the last item I wanted to check off my career bucket list.”