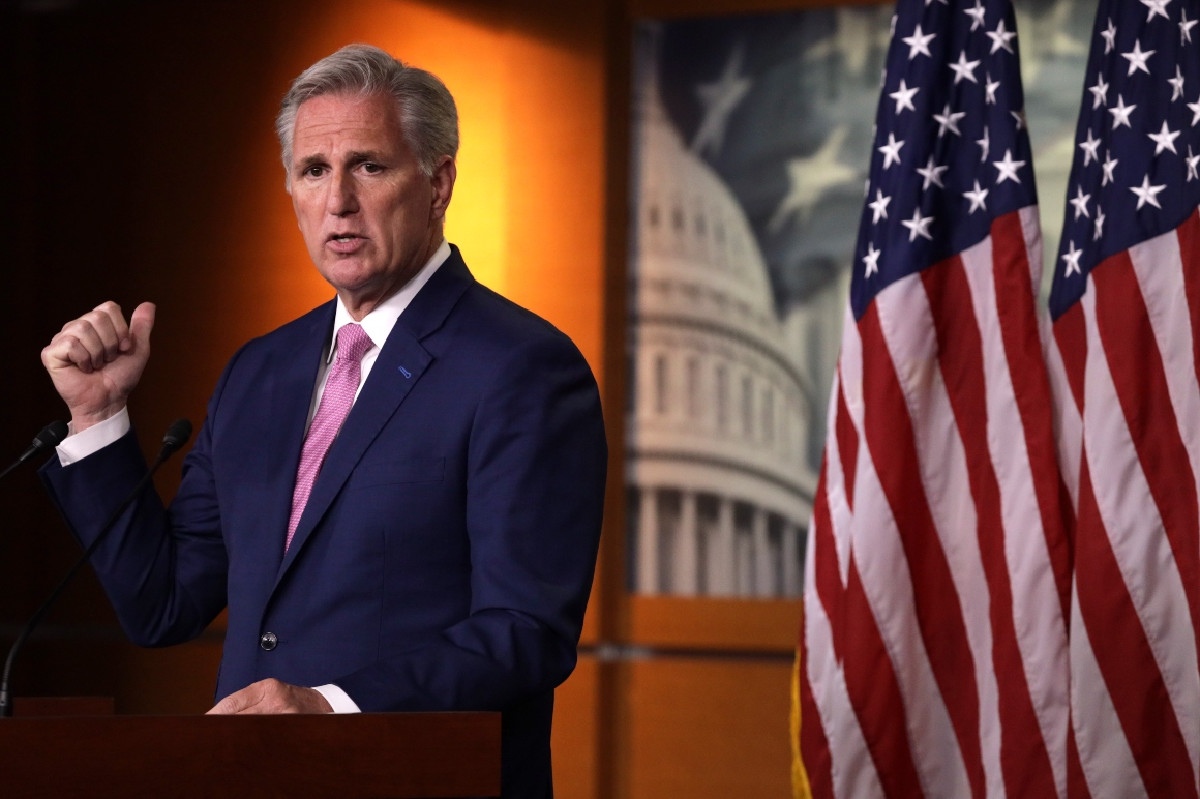 House Minority Leader Kevin McCarthy was nominated by House Republicans to serve as Speaker of the House when the new session of Congress starts in January, even as control of the chamber remains unclear.

With some GOP lawmakers voting for his challenger, Arizona Rep. Andy Biggs, a conservative member of the House Freedom Caucus, McCarthy faces a challenge uniting a fractured conference that is still reeling from disappointing midterm election results.

“We have our work cut out for us,” McCarthy told reporters after the vote. “[We’re going to] have a small majority, we’ve got to listen to everybody in our conference.”

Tuesday’s vote was a symbolic loyalty test among Republicans, but it solidifies McCarthy, 57, as the frontrunner when the Speaker of the House of Representatives is elected on the first day of the new Congress in January.

McCarthy has led the Republican caucus in the lower house since 2014, and has strived to replace Democrat Nancy Pelosi as Speaker, who is next in the line of succession after the Vice President.

“We’ll work together and we’ll get there,” McCarthy said.

After McCarthy and other top House Republicans vowed a red wave in the 2022 midterms some conservatives are demanding operational changes to make the legislative process more transparent.

Control of the House is unclear with several races still uncalled a week after the election. But the GOP is on track to eke out a majority — one in the single digits. Heading into the official vote next year McCarthy can’t afford to lose more than a couple votes. If his opponents mount a challenge on the floor the process could turn messy and be a sign of a tumultuous GOP majority torn between hard liners on the right who refuse to compromise and more mainstream members who believe voters sent them to Washington to show they can govern.