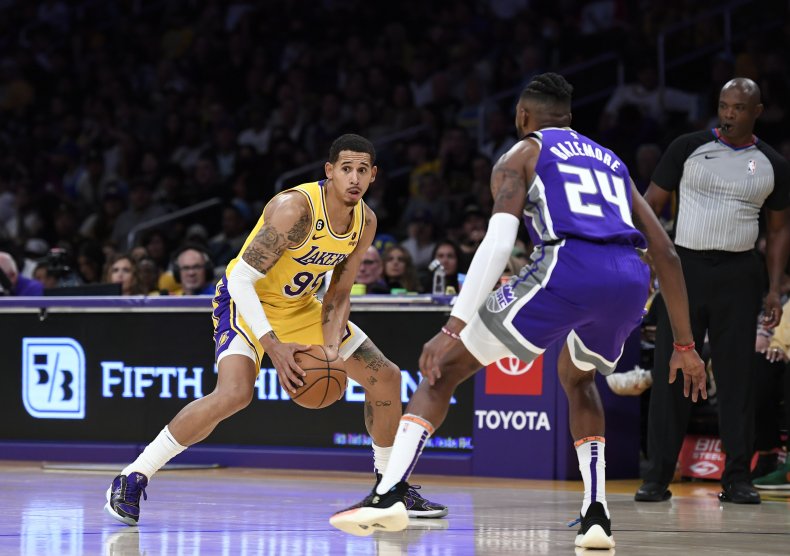 A young Los Angeles Lakers fan received the surprise of a lifetime over the weekend, thanks to Lakers newcomer and NBA champion Juan Toscano-Anderson.

Appearing at a meet-and-greet event celebrating the grand opening of a new WSS retail location in Anaheim, California, Toscano-Anderson was taking photos and signing autographs when one fan—decked out in a yellow, #6 LeBron James jersey—caught his attention.

After snapping a photo and exchanging a quick fist bump, Toscano-Anderson learned the boy’s birthday is just around the corner and set the wheels in motion for a memory that will last a lifetime.

Initially posted on the official WSS Instagram, a video of the heartwarming interaction shared by Twitter user Chris Montano has racked up more than 18,000 likes and has been viewed over 417,000 times.

Despite a rocky start to the 2022-2023 NBA season, which saw the Lakers lose their first five games while struggling to incorporate stars LeBron James, Anthony Davis and Russell Westbrook, there is optimism that Toscano-Anderson can provide a much-needed spark off the bench.

In 15.3 minutes-per-game this season, he is averaging 3 points, 2.5 rebounds and 1 assist, but has battled an ankle injury for the last two weeks.

Toscano-Anderson, who became the first player of Mexican descent to win the NBA Finals in June, signed a one-year, $1.9 million contract with the Lakers this offseason after spending three seasons with the Golden State Warriors.

An Oakland native, Toscano-Anderson’s California connection has been on display for his entire career. And while the 29-year-old made the leap from The Bay to L.A., fans all over continue to root for the undrafted utility player.

“Shoutout to Juan Toscano-Anderson forever, this made me so happy to see,” Montano tweeted, captioning the video of the touching fan interaction.

“This is [just] one reason we LOVE JTA in the Bay,” @CliftKenneth replied. “Local boy makes us proud.”

“A simple gesture from Juan Toscano-Anderson has created a lifetime memory for that kid and his family on his birthday. That was such a class act,” another Twitter user chimed in. “Kudos to JTA.”