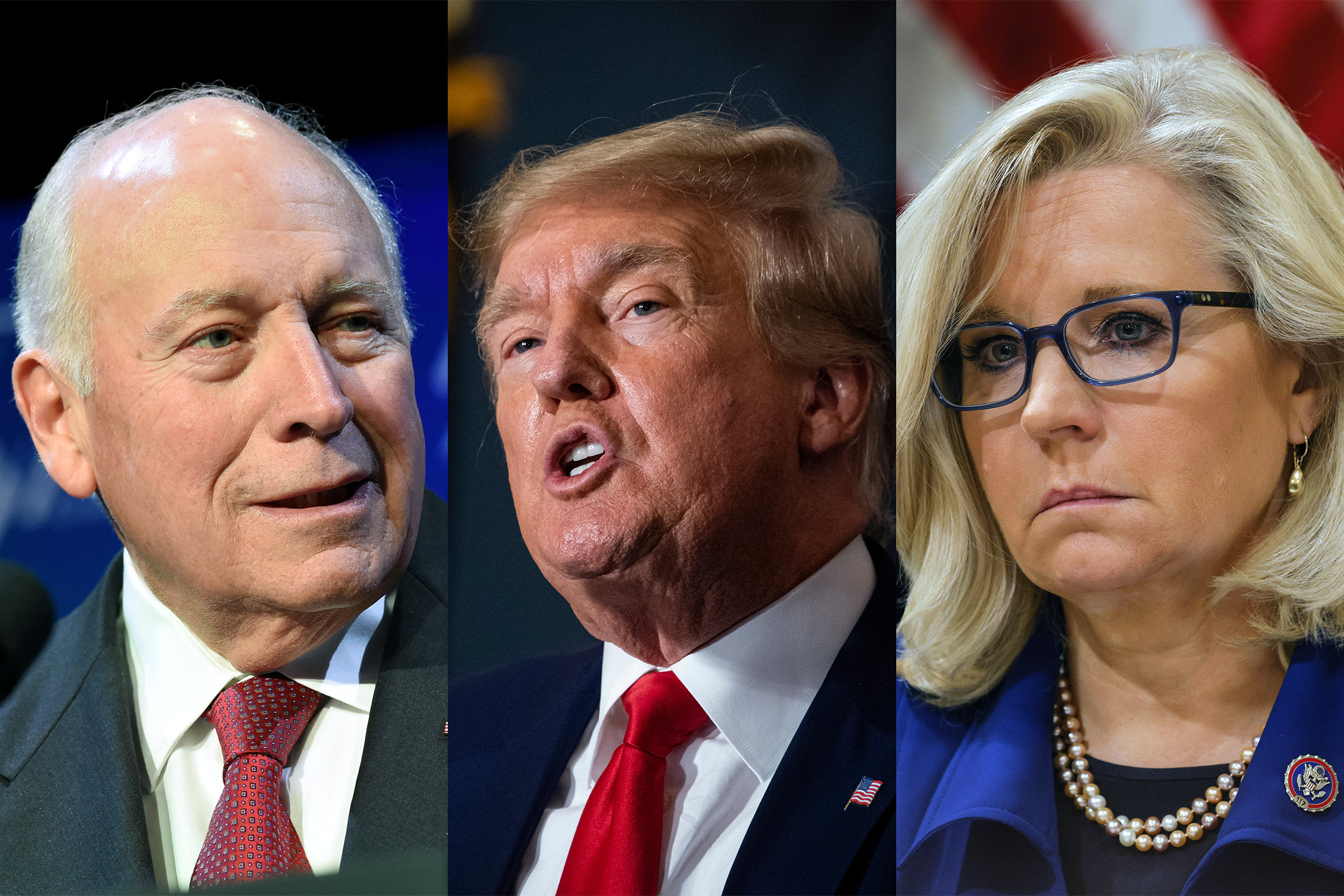 Cheney looked into the camera in the 60-second ad and lambasteddirectly  the former president as a “coward.”

Cheney looked directly into the camera in the 60-second ad and lambasted the former president as a “coward.”

“In our nation’s 246-year history, there has never been an individual who is a greater threat to our republic than Donald Trump,” Cheney said. “He tried to steal the last election using lies and violence to keep himself in power after the voters had rejected him. He is a coward. A real man wouldn’t lie to his supporters. He lost his election, and he lost big. I know it. He knows it, and deep down, I think most Republicans know.”

Her father’s ad dropped less than two weeks before Rep. Liz Cheney (R-Wyo.) is set to face a tough challenge from a Trump-backed candidate, attorney Harriet Hageman, in her Aug. 16 primary. Cheney has raised millions as her national profile balloons, but it might not be enough to take on Trump and his advisers, who have poured money and energy into her takedown.

The former president’s wrath began when Cheney joined nine other House Republicans in voting to impeach him after the Jan. 6, 2021, attack on the Capitol. Her role as a vocal Trump critic cost Cheney her GOP leadership position, and she was censured by Wyoming’s Republican Party and the Republican National Committee.

Trump’s targeting of Cheney grew more intense when she agreed to serve as the top Republican on the House Jan. 6 select committee, where she was the breakout star during a series of revealing hearings about the former president and his inner circle in the days leading up to the attack. In the rup-up to her primary, the Wyoming Republican has only leaned into her newfound role as the face of the anti-Trump GOP.

“Lynne and I are so proud of Liz for standing up for the truth, doing what’s right, honoring her oath to the Constitution, as so many in our party are too scared to do so,” Dick Cheney said in the ad, referring to his wife. “Liz is fearless. She never backs down from a fight. There is nothing more important she will ever do than lead the effort to make sure Donald Trump is never again or the Oval Office and she will succeed.”