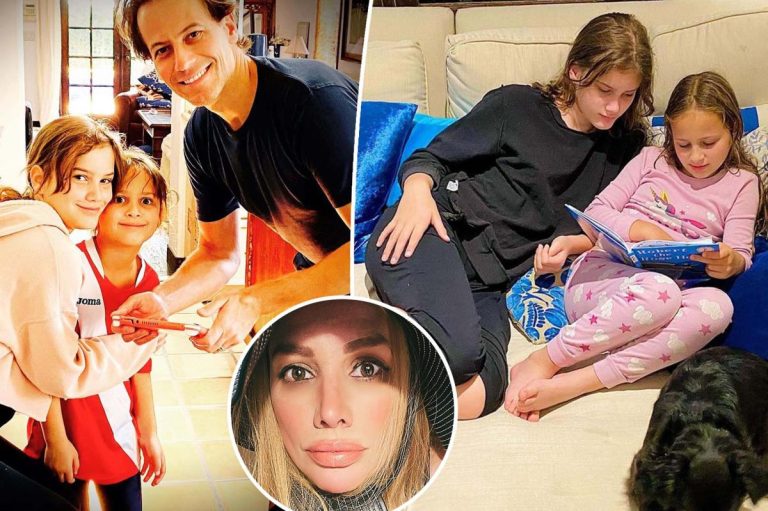 Iggy Azalea posted a rare photo of her 2-year-old son, Onyx, to her Instagram Story Monday.

“Onyx is such a cutie I can’t handle it,” the “Fancy” rapper, 32, captioned the sweet snap of her only child, whom she shares with her ex-boyfriend Playboi Carti.

In the photo, Onyx holds up his pointer finger and smiles while standing in front of a body of water. He looks adorable in shorts and a T-shirt covered in “Toy Story” characters including Woody and Buzz Lightyear.

Azalea has largely kept her son out of the public eye. When she secretly gave birth in April 2020, she said she would not be sharing too much content of her bundle of joy.

“I have a son. I kept waiting for the right time to say something but it feels like the more time passes the more I realize I’m always going to feel anxious to share news that giant with the world,” she said at the time. “I want to keep his life private but wanted to make it clear he is not a secret & I love him beyond words.”

It wasn’t until she broke up with Carti, 25, in October 2020 that she posted the first photo of her son on social media.

Then, in February 2021, the “Work” rapper, whose real name is Amethyst Amelia Kelly, shared never-before-seen photos of Onyx.

“Photo dump//mommy & onyx 2020. I really Can’t believe how fast time flys [sic] he looks like a toddler now days!” she captioned snaps of Onyx during bath time and in her arms. “Just yesterday you were a tiny ball in my arms. I love you always, all the ways.”

Azalea revealed in April that she got some new ink depicting her son as a cherub.

“My new favorite & most special tattoo!” she wrote on Instagram. “It makes me sooo happy that this was executed by a talented woman.”

The Australia native also gave a rare glimpse of Onyx in May after throwing him a 2nd birthday party.

“Baby was sick last week so today we had his party! Happy Birthday Onyx!  Being your mama is a joy, I love how kind you are to everyone, always sharing and always in good spirits… even when you’re sick, you still smile,” she captioned the post, which has since been deleted.