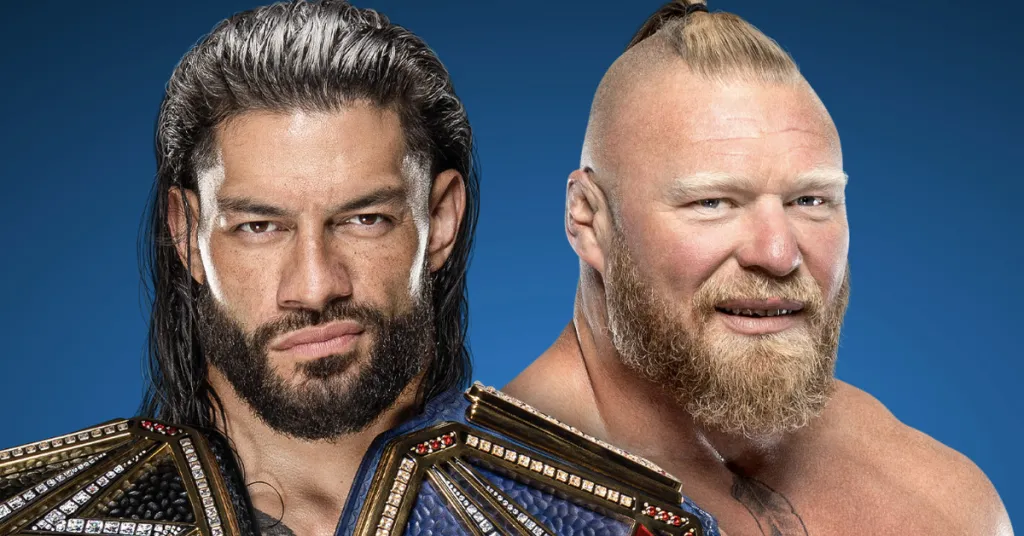 Friday night’s edition of WWE SmackDown certainly brought unusual levels of attention. As Vince McMahon stepped aside as CEO and chairman of WWE amid allegations of misconduct involving a sexual relationship with a female employee, WWE announced McMahon would appear live on the show. Add a match between Roman Reigns and Riddle for Reigns’ undisputed universal championship and you had the recipe for a night that would have higher than normal amounts of viewers tuning in.

While McMahon’s appearance was nothing of any significance aside from some ego padding, Reigns and Riddle delivered a wonderful match before Reigns pulled off the win. Then, Brock Lesnar made his return, making it clear he still had his sights set on Reigns after “The Tribal Chief” beat Lesnar to unify the WWE and universal championships at WrestleMania.

After McMahon’s show-opening segment (see below), Riddle came to the ring to show a video recapping his issues with Roman Reigns and The Bloodline. The match went down as the night’s main event, with plenty of drama throughout with both men hitting signature moves. That included Riddle kicking out of a Superman punch and Reigns kicking out of an RKO that was delivered as a counter to Reigns’ spear. Riddle went for another RKO that was countered before Reigns delivered the spear to retain his undisputed championship.

After the match, Reigns announced there was no one left to challenge his place at the top of WWE’s mountain. Before he could leave the ring, Brock Lesnar’s music hit and “The Beast” arrived. Lesnar offered to shake Reigns’ hand before delivering an F-5 to the champion and then hitting the same move on both Usos as the show went off the air.

Unlike the McMahon segment, Reigns vs. Riddle was everything you could want. Riddle truly showed he can go move-for-move with the champion and the match had the live crowd biting on every pin attempt. Professional wrestling isn’t complicated when you have two men putting on a performance at this level. Lesnar’s return, however, feels like more of the same as WWE struggles to really find footing for Reigns’ title reign, somewhat dulling the moment.

McMahon walked to the ring to his “No Chance in Hell” theme song to kick off the show, drawing a mostly positive reaction before using some cheap heat by praising Minneapolis to pop the crowd. McMahon then reiterated the WWE motto of “then, now, forever” before saying that the most important word is “together.” After repeatedly drawing cheers for the brief promo, McMahon threw the microphone and left the ring, high fiving fans on his way back up the entrance ramp.

It’s hard to have anything positive to say here. Every bit of this completely unnecessary opening segment felt like an excuse to have McMahon appear live and bask in cheers from the fans as he faces allegations of misconduct for giving a raise to an employee with whom he had an affair and then paying her millions of dollars to sign a non-disclosure agreement and go away. McMahon temporarily stepped down as CEO and chairman earlier in the day, but this felt like a chance to go out and send a message that he wasn’t going anywhere and was still in control despite the news from earlier in the day.